Zimbabwe descends into chaos and surges to a civil war without notice. The Mashurugwi Militia 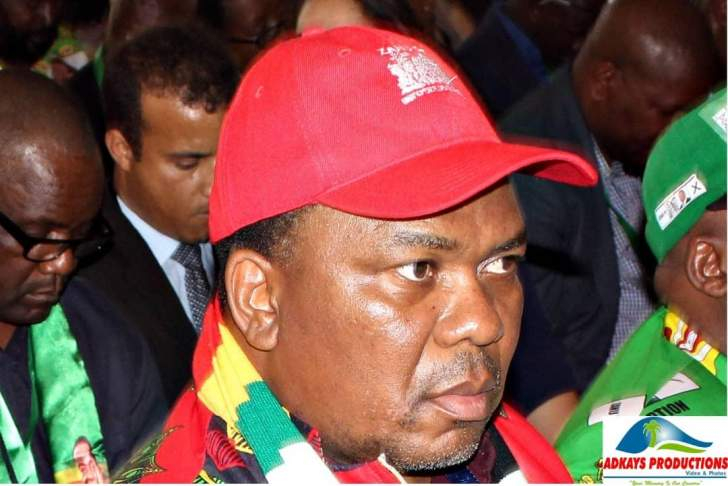 In Mazowe the Mashurugwis arrive and held the minors hostage. they will be forced to dig and dig. all the days work will be confiscated including their food and any other property.  These Mashurugwis have now taken their carnage into towns. if they pick a fight in the bars The Mashurugwi retreat only to come back with an army of tens of machete wielding dirty men infamously known as Mashurugwi. These people have no respect for Human life and they have no fear of the law. how can they be afraid of the law when they are backed by those who think they are above the law. Action must be taken now and this year 2020 must be the year to protect the nation. Government must removethe murderous mindset that is driving the violence.  who knows what next will these gangs use, guns, crowbars, knobkerries or spears? Does the government need to wake up after more blood. Minister Kazembe Kazembe must deal with this scourge as a matter of national emmergency   How long  will we be killed while Kazembe swims in fear of those vampires surrounding the president. The army must be called to Cordon off areas found to have deposits or where there are official mining activities, they must help in providing a secure working environment for mining companies and gold panners.  Minister Muchinguri Kashiri must show her beauty by modelling the army towards the areas which bread the Mashurugwis The inclusion of the police, security companies and other resources from entities involved in mining activities could constitute a concerted response that could shut out the marauding gangs.The war lords who are using the president's name in crime must be flashed out. Zimbabwe does not need this. The Army must secure the transportation of the gold from the mining areas to Fidelity Printers and Refiners, the counry's official gold buyer and processor."Gold deposits continue to be found in the belt that stretches from Gwanda in the south of the country; Mberengwa, Shurugwi, Kwekwe in the Midlands; Kadoma, Chegutu and Chinhoyi in Mashonaland West; and Bindura, Guruve, Mazowe and Shamva in Mashonaland Central.There are areas in Manicaland where gold is mined, but these are defined by the absence of violence accompanying them."Shurugwi itself is very peaceful. people of Shurugwi are angered by this abuse of their name. Shurugwi is a very beautiful town and it is not a violent town. The name given to these murderers is an insult to the real Shurugwi people. The mystery of these killers is the question how the barbaric and brutal conduct of these gangs has been allowed to spiral out of control for so long yet they are under the watch of law enforcement agents. This comes to the point that the bigwigs should be reigned in. Less inspiring is the absence of a coherent strategy to deal with and arrest the menace. Instead with each day and each gold find, the audacity of the gangs multiplies. the deaths of people goes unrecorded. The stories from the gold fields are knee shaking deeply depressing and flabbergasting.    The President had an opportunity to address the issue when he visited Kadoma  for a youth conference which was held in November. Kadoma, Kwekwe and Chegutu are among the epicentres of violence in gold panning or mining areas in the country. The silence of our armed forces is telling. We should all remember that In the beginning, the violence associated with artisanal mining was specific to the Midlands town of Kwekwe and Shurugwi but, like a raging wildfire, it has since spread throughout the country. The Midlands, Mashonaland Central and West provinces, however, come up as the worst theatres of violence in which the gangs are the lead actors. Shurugwi is only involved and blamed for allowing its name to be associated with these murderers. Communities all over the country live in absolute terror of the gangs. Somalia descended into chaos because the lawlessness there began as pockets confined to specific areas, but in due course spun out of control and to this day, the continent bears the brunt of that conflict. Zimbabwe must never allow this to happen. Zimbabweans are generally peaceful people and these gangs must be dealt with now and now is now. Without action Zimbabwe risks falling into the hands of these warlords. That would be a recipe for disaster and Zimbabwean security is at risk. The situation with Mashurugwi now resembles a dog's breakfast. There is, therefore, an urgent need for a comprehensive response that must bring the activities of these gangs so that artisanal miners can go about their work unperturbed. Marshalling in law enforcement agents alongside private security companies will be part of the required response.There should be no sacred cows in dealing with this scourge. As a country we are fast descending into the pool of confusion. The Mashurugwi must be arraigned together with their sponsors. vazet2000@yahoo.co.uk