Why al Shabaab is resurgent despite attempts to defeat it

The government has tried various ways to tame terror to no avail. 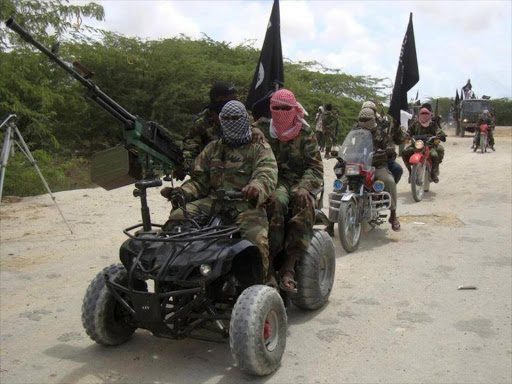 Nine years after Kenya went to Somalia, al Shabaab is still taking the fight to Kenyan soil, despite multiple operations and airstrikes to cripple them.

While it has become routine to hear of the attacks, the frequency and audacity with which they are occurring lately has raised eyebrows.

Kenyan soldiers crossed to Somalia on October 16, 2011, amid a spate of tourist kidnappings by al Shabaab. A week after the Operation Linda Nchi began, the enemy hit back, with twin attacks in Nairobi CBD that killed one and injured scores on October 24, 2011.

Since then, Kenya has experienced deadly attacks on passenger vehicles, shopping malls, bus stations, churches and military bases all around the country. Most of these attacks have happened in Nairobi, Mombasa, North Coast and Northern regions.

The attacks have made citizens, governments and international players question Kenya’s wisdom in sending soldiers to Somalia.

At the height of terror attacks in Tana River and Lamu counties in September 2015, the state launched Operation Linda Boni. Militants would take advantage of the thick extensive forest to hide after attacks along Tana River-Lamu Road.

The objective of the operation, which covers Lamu, Tana River and Garissa counties, was to flush out al Shabaab militants. The operation was initially planned to last just 90 days but was extended indefinitely.

The government also banned night travel to and from Lamu and introduced armed police escort for all PSVs coming into and leaving Lamu. The US has also chipped in with frequent drone attacks on al Shabaab targets in Somalia.

However, despite all the interventions in place, the recent attacks have brought to the fore the reality that there could still be gaps in the security system.

On January 2 this year, three people died and three others seriously wounded after a convoy of buses travelling from Mombasa to Lamu was attacked by al Shabaab militants at Nyongoro area in Witu, Lamu West.

The attack happened despite authorities marking the place as notorious for attacks. Many theories were fronted, including the possibility of bus companies using the militants to scare away competitors.

“The buses had an escort, as usual. I guess it could be a case of business rivalry,” a top cop based in Garsen told the Star moments after the attack. It is not clear whether police investigated the claim.

The attack also happened despite an alert issued before Christmas and commanders instructed to remain alert.

Kenya’s ability to effectively process intelligence on impending attacks was put into doubt.

The poor road and mobile networks in most areas classified as terror-prone in Lamu has equally made it hard for locals to call for timely help whenever they come under attack and also for the security units to respond promptly.

Two days after the Nyongoro attack, heavily armed al Shabaab militants attacked the Manda KDF-US military base, one of the most daring raids for the militants.

The US lost three personnel in the attack — one soldier and two contractors. Five al Shabaab terrorists were killed and five others captured alive.

It is not clear how the militants made a surprise attack on the heavily guarded base, raising more doubts on the ability and effectiveness of intelligence gathering.

Reports indicate Abu Hamza Al-Kinyi led the group. He was among the five militants killed by Kenya Special Forces. He was a close associate of Shirwa, who was killed in Baure alongside Thomas Evans after they attempted to enter a military camp at Baure in Lamu in 2015.

Al-Kinyi, a Kenyan who joined the terrorist group in 2013, survived a precision airstrike in Jiliib, Somalia, in 2014. Another Kenyan was among the militants killed, while the rest were Somali nationals, according to sources. And just this week, on Monday, three non-local teachers were killed in an al Shabaab attack in Kamuthe, Garissa county. A communication mast and a police post were also attacked. Targeting non-locals has been part of al Shabaab's strategy in the region and has previously led to an exodus of non-local teachers, an eventuality called for afresh following the latest attack.

In the past, Kenyans who have been on the police watch list have returned home from Somalia and committed deadly attacks. For instance, Mahir Riziki, the January 2019 Dusit D2 terror attack suicide bomber, had been on the anti-terror police unit’s radar since 2014.

Reports indicate that most attacks in Northern Kenya happen despite intel on impending attacks. Last year, well-coordinated mine attacks killed pockets of police officers. The attacks persisted despite intelligence information that militants had been sighted.

“Sometimes it is a miscalculation when someone tells you he has information and you jump on the vehicle [in response to it] without thinking through it,” Owino said during an interview with the Star.

In one of the attacks on a passenger bus on December 6 that killed 11 passengers in Wajir, among them eight police officers, it was established that the attackers had been housed by a local headteacher for days before the attack. He led them in the assault.

Al Shabaab’s intelligence arm Amniyat, which has deep roots and extensive links, has been credited with keeping the group alive, despite international efforts against it.

The Amniyat, regarded as highly secretive, is said to use the services of local informers to enable the group to carry out attacks effectively.

While many border points to Somalia remain closed, the Star understands corruption is to blame for uncontrolled vehicle and pedestrian movement across the border.

The state has been blamed for failing to find proper ways to engage local communities in the war on terror.

Just recently, police launched a spirited manhunt for Maulid Bilal, a Kenyan from Ogaden clan in Northeastern, said to have led militants in an attack in Seretho, Dadaab, Garissa, that killed four pupils.

A police officer in the region says the suspect has been on their radar for some time now.

Intelligence reports indicate he has been orchestrating attacks in Fafi and Hulugho areas, whose terrains he has mastered. Sources say he was a Madrassa teacher in local townships before joining a terror group. Reports indicate many attacks are carried out by militants from the areas, who maximise on their knowledge of the geography of the region.

The fact that Kenyans are at the core of terror attacks in their home country shows a glaring gap in the government engaging the community in counter-terrorism measures.

On Sunday, Human Development Agenda project manager Kashi Jermaine blamed the state for calling for the integration of returnees without proper structures. Huda is an NGO based in Kwale that handles returnees who fear to integrate into the society.

“The government talks about amnesty, but there is no amnesty policy. You find that most of the returnees will avoid the government because the amnesty policy is not a public document,” he said. "Currently I cannot advise anybody to surrender to the state because I don’t know what will happen to them." He said scores of the returnees have been killed in the past after surrendering under ‘amnesty’.“

Those who want to surrender have no faith in the government and the more they stay out there, the more they become dangerous,” Jermaine said.

Human rights groups have also implicated the state for abducting suspected returnees, who in turn strike back in retaliation. State officials have fallen victim of tit-for-tat attacks suspected to be carried by the returnees. “Right now the community does not trust the government so the community cannot offer crucial information on the war on terror,” Jermaine said.

The presence of al Shabaab sympathisers and the ever-growing number of returnees in the affected counties have been cited as huge hindrances to the total neutralisation of al Shabaab.

Former Linda Boni Operation boss Joseph Kanyiri said intel showed most returnees were secretly regrouping, recruiting and training youth to join the militia group.“These vulnerable communities and families are now top targets for recruitment by the militia. Once recruited and trained, they are the same youth used to launch attacks on their own county and country,” he said.

Kanyiri said the manner and technique in which the attacks are conducted is clear proof the militants have been receiving local assistance.There have been reports where local communities harbour injured militants, provide them with food and medication and even tips on the movement of security officers in Lamu and Northeastern Kenya. “We have had challenges having locals reveal information to us that would be of use. People would rather help the militants and live with what the terrorists do to people than hand them to us,” Kanyiri said.He said many terror attacks that have involved the use of IEDs have most likely come to the attention of several people before the attacks finally happen.

Despite the bloodshed, the government has been slow in giving the public updates and security measures it is taking to mitigate the attacks.President Uhuru Kenyatta met top security officials in Mombasa over the weekend following the attacks in Lamu and Garissa. And on Monday, Lamu county police commander Muchangi Kioi was recalled for transfer and replaced by Issa Mohamud.

The former county police boss led a spirited fight against al Shabaab militants between 2014 and 2017, reducing terror attacks and ambushes in the region considerably. However, his sudden transfer, which was touted as routine, comes days after the recent spate of terror attacks in the region.