Video surveillance shows the perpetrator breaking out a glass door in the middle of the night and fleeing. 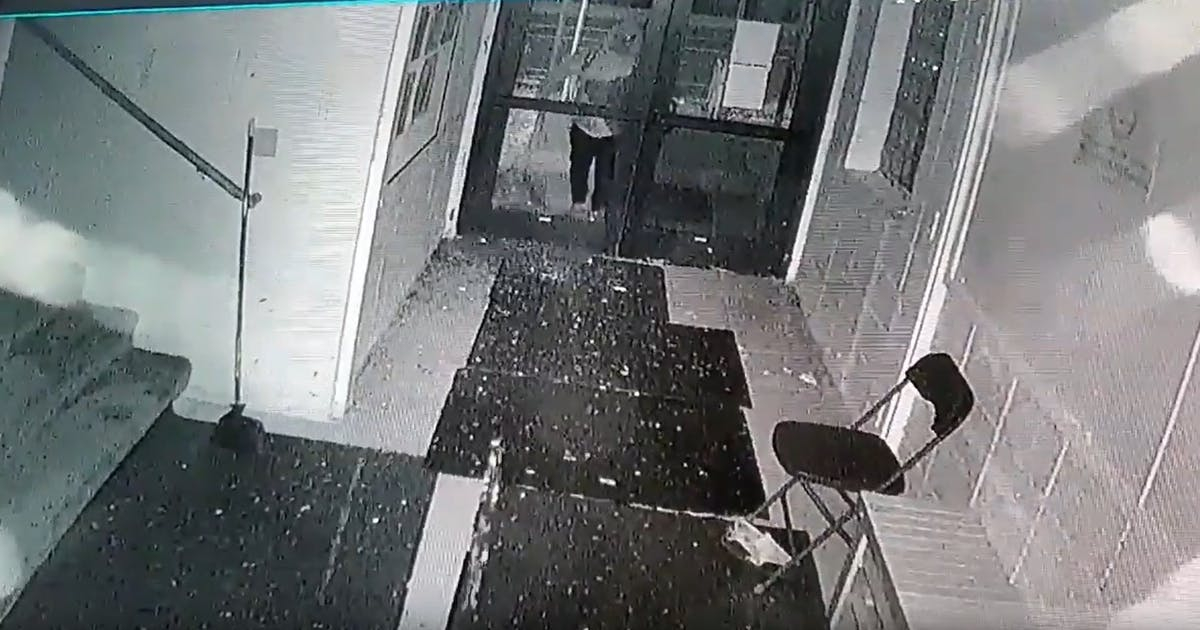 A vandal struck a mosque in northeast Minneapolis in the middle of the night, and the state’s leading Islamic civil rights group wants the incident investigated as a possible hate crime.

Someone smashed a glass door early Sunday to the Salaam Mosque in the 3100 Central Avenue NE. block, according to the Council on American-Islamic Relations (CAIR), the nation’s largest Muslim civil rights and advocacy organization.

CAIR released video surveillance time-stamped at 3:42 a.m. that shows someone in an entrance vestibule breaking the glass to one of doors by throwing something through one pane and then kicking out another. The perpetrator did not enter the mosque and fled the property.

CAIR’s national leadership and its Minnesota chapter said it wants state and federal authorities to investigate a possible bias motive behind the vandalism. The incident was reported to the FBI and Minneapolis police. No arrests have been announced.

“Given the rise in anti-Muslim, anti-immigrant and white supremacist rhetoric and hate incidents in Minnesota and nationwide, we urge law enforcement authorities to investigate a possible bias motive for this attack,” said CAIR-Minnesota Executive Director Jaylani Hussein.

Police spokesman John Elder said that “it is too early in the process for us to label this a hate crime, but as we do with all crimes, we will certainly look at that as a possible motive ... and continue to work with CAIR to further this investigation.”

This is the latest of several criminal acts inflicted on mosques in the Twin Cities in recent years.

An Illinois man awaits trial for the 2017 bombing of Dar al-Farooq mosque in Bloomington. Michael Hari is one of three members of a white nationalist militia they called the “White Rabbits 3 Percent Illinois Patriot Freedom Fighters” who threw a pipe bomb into the mosque, according to charges. Michael McWhorter and Joe Morris pleaded guilty in January, saying they meant to send a message that Muslims were not welcome in the United States

As recently as last month, leaders at Dar al-Farooq reported that random strangers armed with still and video cameras have, since at least December, come to the mosque and lingered in the parking lot or walked around the building while taking footage of people coming and going. Sometimes people sit in their cars and film from the driver’s seat, he said.

Earlier this fall, a 36-year-old Minneapolis man was charged with damaging property due to bias for allegedly smashing the windows of Somali-owned businesses in south Minneapolis.