The U.S. military on Thursday released new details of the Jan. 5 attack on a Kenyan airbase used by U.S. troops following a New York Times report that described the scene as chaotic. 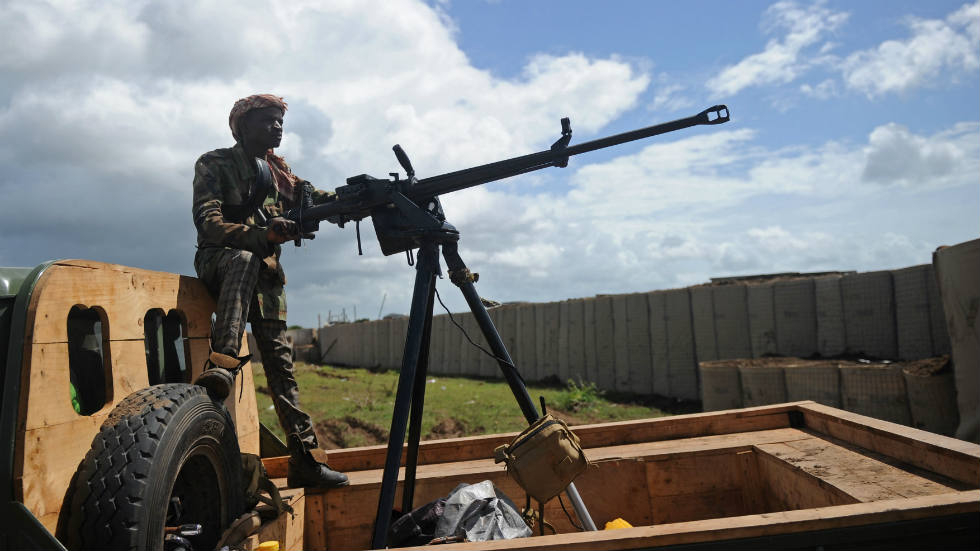 The U.S. military on Thursday released new details of the Jan. 5 attack on a Kenyan airbase used by U.S. troops following a New York Times report that described the scene as chaotic.

U.S. Africa Command (Africom) in a statement pushed back on the Times report, which noted that American forces were surprised by an al-Shabaab attack on the Kenyan Defense Force Military Base in Manda Bay, Kenya, taking roughly an hour to respond and even longer to evacuate a wounded Pentagon personnel.

“The tragic loss of these brave Americans and the damage and destruction to aircraft demonstrates the enemy achieved a degree of success in its attack,” according to the statement from Africom.

“However, despite public reports, an initial assessment indicates that a timely and effective response to the attack reduced the number of casualties and eliminated the potential for further damage.”

The attack on the base, situated on the coast and near the Somali border, was largely overshadowed at the time as it came two days after the U.S. drone strike ordered by President TrumpDonald John TrumpMnuchin knocks Greta Thunberg's activism: Study economics and then 'come back' to us The Hill's Morning Report - House prosecutes Trump as 'lawless,' 'corrupt' What to watch for on Day 3 of Senate impeachment trial MORE that killed top Iranian Gen. Qassem Soleimani.

But the incident marks the most U.S. military-related deaths in Africa since the October 2017 ambush in Niger where four soldiers were killed.

It also puts the spotlight on Defense Secretary Mark EsperMark EsperOvernight Defense: Dems raise pressure on Esper to block border wall funds | Trump impeachment trial begins in Senate | Day one dominated by fight over rules House Dems express 'deepening concern' over plans to take .2B from Pentagon for border wall Broad, bipartisan rebuke for proposal to pull troops from Africa MORE's plan to draw down U.S. forces in Africa in an effort to shift the Pentagon’s focus to better counter Russian and Chinese aggression. No decisions have yet been made on a possible force reduction on the continent, Esper said on Wednesday.

Africom notes that in the early morning hours of Jan. 5, al-Shabaab hit the Kenyan installation and Camp Simba — where U.S. Marines are based — with mortar fire while simultaneously assaulting the airfield.

Shortly after, U.S. forces at Camp Simba “quickly responded and actively counterattacked the enemy at the airfield.”

“While numbers are still being verified, it is estimated that several dozen al-Shabaab fighters were repelled. Because of the size of the Kenyan base, clearance and security operations continued for several more hours to ensure the entire base was secure.”

The Pentagon immediately after the Kenya incident sent about 100 troops from the 101st Airborne Division to establish base security.

The Times reported that Army Green Berets from Germany were also sent to Djibouti in the case that al-Shabaab, an East Africa-based al Qaeda affiliate, attempted to take over the base.

There are less than 350 Defense Department personnel in Kenya, with the primary role of training Kenyan forces, intelligence sharing and personnel recovery.

Africom continues to investigate the attack.