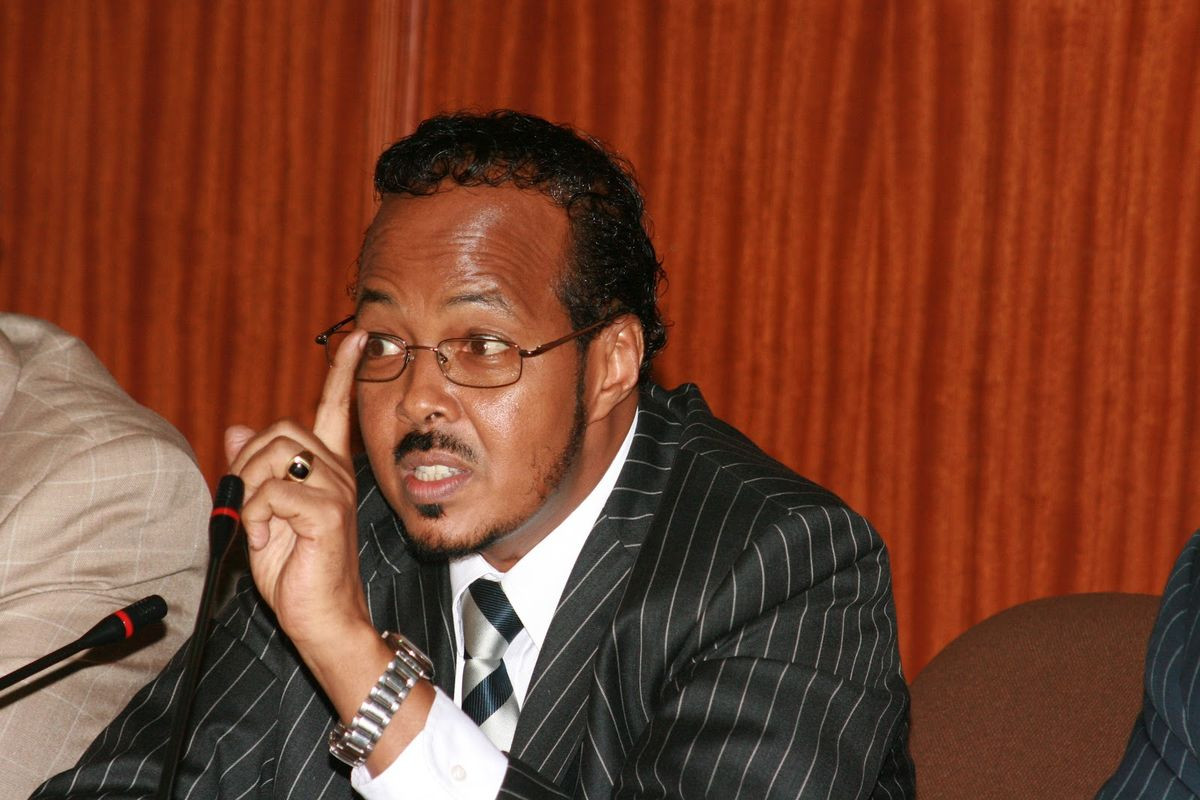 Nairobi - Political Activist Boniface Mwangi has raised critical issues on Eldas MP Adan Keynan, who was appointed as the new Secretary to the Jubilee Coalition on Monday.

Keynan is one of the beneficiaries of the purge on DP William Ruto allies in Jubilee. He will replace Garissa Town MP Aden Duale as a representative for the pastoral communities in government.

However, court papers show that Keynan has faced murder charges before.

According to documents shared by Boniface Mwangi, the MP is accused to have shot three men and had their bodies dumped in a forest in Ngong after a piece of land he was selling in Nairobi for Ksh 34 million turned out to be fake.

Adan Keynan is a man who is very familiar with criminal activities.He was adversely mentioned sometimes back for the murder of Somali peace delegates.Uhuru now going forward with murderers and leaving some genocidal suspects https://t.co/qevsGVBLYy funny.— Erick Atitwa (@AtitwaGmail) June 22, 2020

Keynan was charged with the murder of the three men at the High Court of Kenya in 2003.

The court was told how the MP allegedly lured the men out of their homes on the day they murdered.

However, despite this evidence, Justice Kalpana Rawal acquitted Keynan of the charges in November 2005. The judge said that she had strong suspicion of Keynan’s involvement in the murder but she had to make her judgement on the evidence adduced before the court which was not enough to convict Keynan.

President Uhuru Kenyatta has appointed Adan Keynan as Jubilee Coalition Secretary. Who is Adan? The MP was alleged to have shot 3 men to death and had their bodies dumped in a forest in Ngong after a piece of land he was selling in Nairobi for Sh34 million turned out to be fake. pic.twitter.com/2kwset9cuQ— Boniface Mwangi (@bonifacemwangi) June 22, 2020

In 2015, Keynan moved a bill which proposed that journalists who ‘scandalised’ MPs or wrote stories that were deemed libellous should be jailed or fined Ksh 500,000. The bill also proposed punishment for Kenyans who protest against the action of MPs or utter words which the MPs may consider libellous.