U.S. To Allow Somalis To Report Deaths Of Civilians From U.S. Led Airstrikes 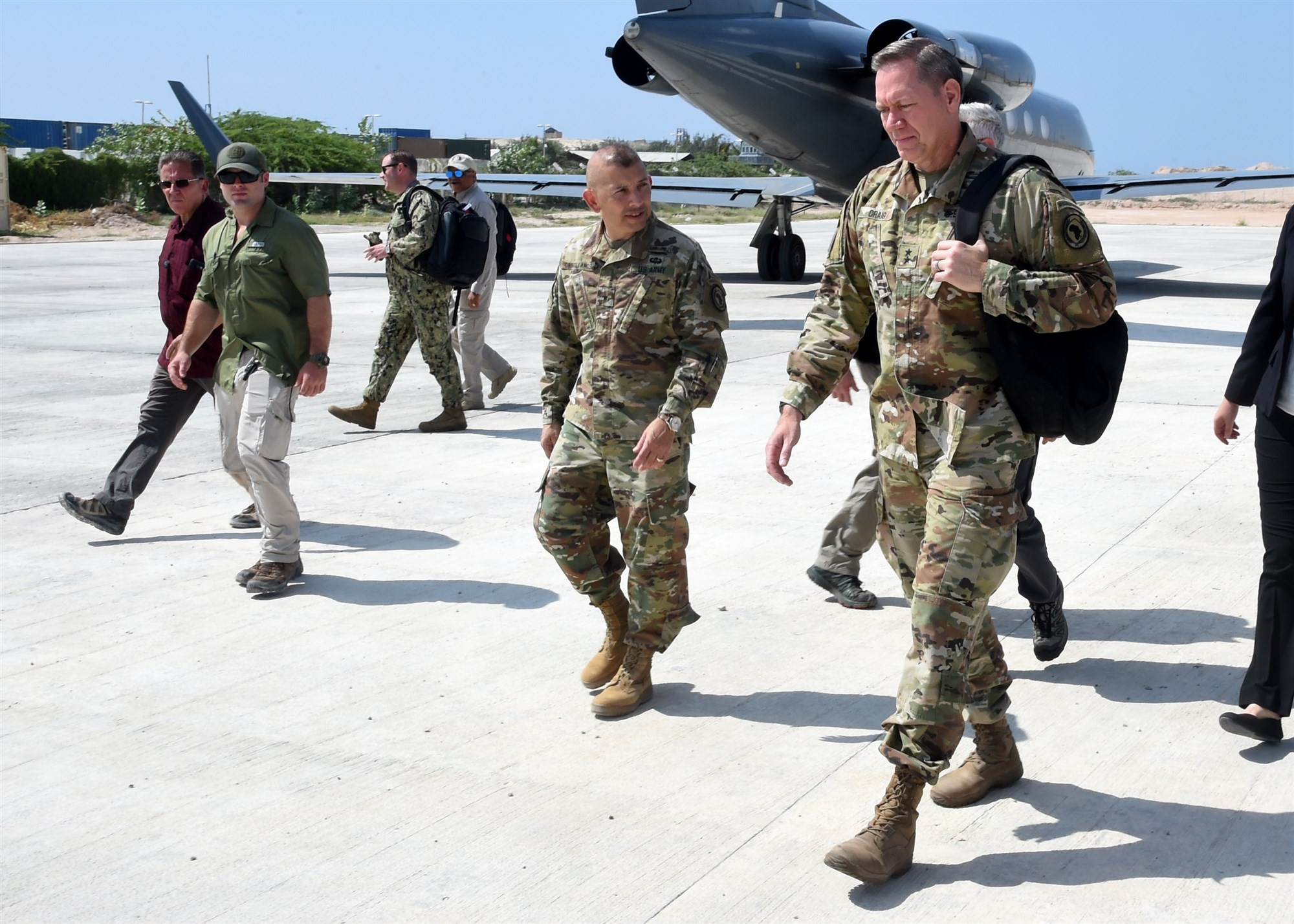 In February, an air strike caused severe civilian casualties in Somalia. This air strike was reportedly the fault of the U.S., a recent statement revealed. The U.S. Africa Command revealed a statement on Monday regarding the air strike. Reportedly, two Somali civilians were killed, and three were injured from the attack. Also, according to the statement, this attack reportedly killed two members of al-Shabbab, the Somali Islamist militant group. Amnesty International has released a statement that the U.S. air strike resulted in the deaths of civilians; a banana farmer and an employee of a telecoms company.

Gen Stephen Townsend, the head of U.S. Africa Command stated that, “regrettably two civilians were killed and three others injured in a [23] February 2019 airstrike,” Townsend went on to state that, “we have the highest respect for our Somali friends and we are deeply sorry this occurred.” According to the report, the civilians were hurt after munitions, formerly stored by the Somali militant group, blew up in a secondary explosion from a U.S. air strike. The Amnesty International report also states that in February and March 2020, there were 91 airstrikes in Somalia and Libya. These airstrikes were conducted by U.S. Africa Command, known as AFRICOM. These civilian casualties, a disastrous outcome of continuous US airstrikes, are in the process of being tracked, to implement, perhaps, some semblance of regulation. Gen Townsend stated thatAFRICOM is in the beginning stages of creating reports on civilian casualties, to be produced and published quarterly. AFRICOM will implement these reports in a similar vein to U.S. Central Command, which oversees operations in the Middle East. According to Townsend’s statement, a website with this information will reportedly be available by the end of May 2020. On the website, people will be able to register any allegations of civilian casualties. Though the U.S. has raised criticisms and denied the allegation, Amnesty International has stated that the U.S. has caused the deaths of 20 civilians in Somalia.

Despite the U.S.’ disregard for Amnesty’s statement, Amnesty has acknowledged the forthcoming report on civilian casualties, calling it a “welcome glimmer of transparency in more than a decade of deadly military operations that until now have been shrouded in secrecy.” Considering the new ability to report casualties on a U.S. website, Amnesty has called the soon to be implemented feature a “positive step,” but went on to state that the feature would not be accessible enough. Amnesty stated that, “the vast majority of impacted civilians who live in remote areas where smartphones are banned and internet access is poor,” and that this new internet feature would be all but useless to the citizens that need it most. Amnesty went on to state that, “alternative means should be made available, including through establishing a mechanism in Mogadishu to allow clan elders or elected representatives to speak on behalf of civilians whose loved ones have been killed by U.S. airstrikes.” This would restore a sense of autonomy to the people of Mogadishu, amidst the turmoil and utter devastation of airstrikes. Gen Townsend of the U.S. organization AFRICOM had something to say in response to Amnesty’s unyielding statement. Townsend responded to their statements, ensuring that the U.S. military had been transparent about its operation in Africa, and not the alternative, as Amnesty had stated. “There is no secret air or shadow war as some allege,” Townsend stated. U.S. Africa Command was questioned regarding compensation for air strike victims, and responded, on Twitter, that they, “are working with the Federal Government of Somalia on appropriate next steps.” Though, presumably, Amnesty would have something to say about how diligently AFRICOM is working towards appropriate next steps, and making amends to the civilians they’ve targeted.

Though these U.S. air strikes are devastating, the organization they’re targeting, Al-Shabab, is justly destructive to Somalia. Al-Shabab has been linked to al-Qaeda and, through terror and corruption, controls much of southern and central Somalia. It is regarded as the most dangerous militant group in the region, and has carried out an ambush of bombings on Kenya. In February, the group attacked a base in Kenya used by Kenyan and U.S. forces, killing three Americans. A U.S. military service member and two contractors were killed. Of course, Al-Shabab is a terrifying and malicious organization, and has terrorized Somalia for years, but the addition of U.S. air strikes, and even more civilian deaths, are no consolation.