U.S. bolsters Kenya base security after Americans killed in attack

WASHINGTON — The U.S. military deployed additional forces to Kenya on Monday to bolster security at a key airfield after an attack a day earlier by Somalia’s al Shabaab militants that k… 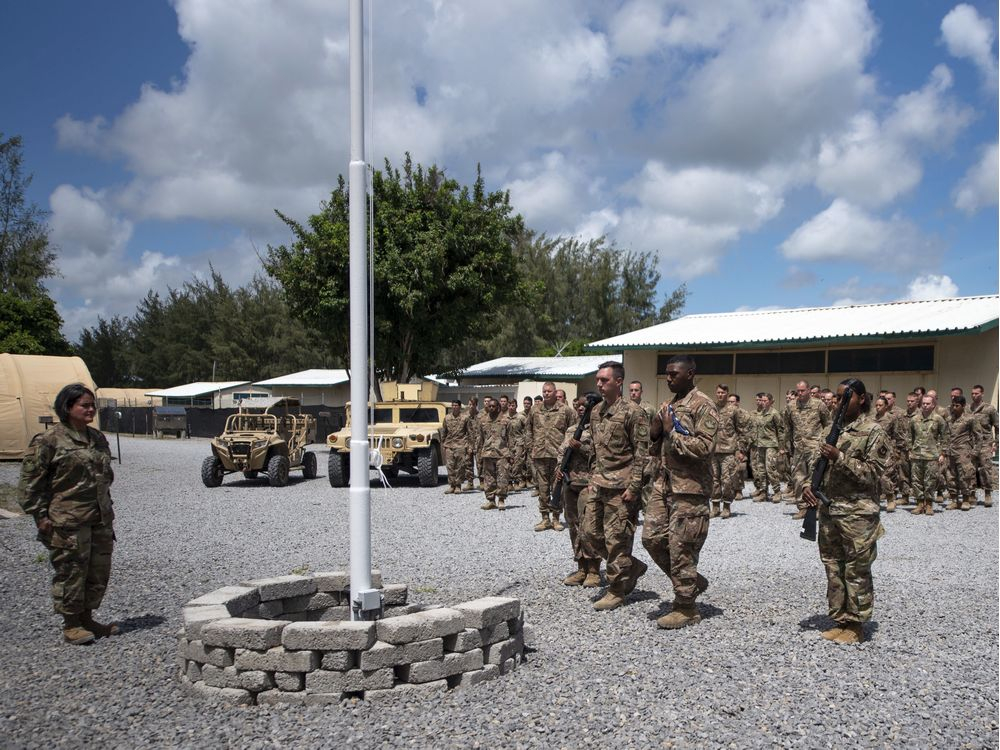 In this photo taken Aug. 26, 2019 and released by the U.S. Air Force, airmen from the 475th Expeditionary Air Base Squadron conduct a flag-raising ceremony, signifying the change from tactical to enduring operations, at Camp Simba, Manda Bay, Kenya. The al-Shabab extremist group said Sunday, Jan. 5, 2020 that it has attacked the Camp Simba military base .

WASHINGTON — The U.S. military deployed additional forces to Kenya on Monday to bolster security at a key airfield after an attack a day earlier by Somalia’s al Shabaab militants that killed three Americans, the military’s Africa Command said.The attack presented Washington with yet another crisis just as the Pentagon grapples with a rapidly escalating standoff with Iran following a Friday U.S. drone strike in Baghdad that killed top Iranian military commander Qassem Soleimani.As speculation swirls about how Tehran might respond to the strike, the U.S. military sought to separate the two events, saying: “The U.S. Africa Command does not assess yesterday’s attack by al Shabaab is linked to Iran.”One U.S. official, speaking on condition of anonymity, said about 50 additional troops had been deployed. The U.S. military said on Sunday that fewer than 150 U.S. personnel had been at the base at the time of the attack.U.S. Army Major General William Gayler, the command’s director of operations, said the new forces came from the “combat-ready, rapid deployment force” known as the East Africa Response Force (EARF).“The EARF’s ability to respond to events spanning a vast area of responsibility provides a proven and invaluable on-call reinforcement capability in times of need,” Gayler said in a statement.The attack on the Manda Bay Airfield by al Shabaab killed one U.S. military service member and two contractors and wounded two other Americans who work for the U.S. Department of Defense.A Kenyan police report seen by Reuters said the Islamist militants destroyed two planes, two U.S. helicopters and multiple American military vehicles during their assault.It was unclear how al Shabaab, which has been fighting for more than a decade to overthrow the Somali government and impose strict Islamic law, was able to inflict such damage before being repelled by security forces.The Pentagon declined to provide further details on the attack. (Reporting by Phil StewartEditing by Chris Reese and Cynthia Osterman)