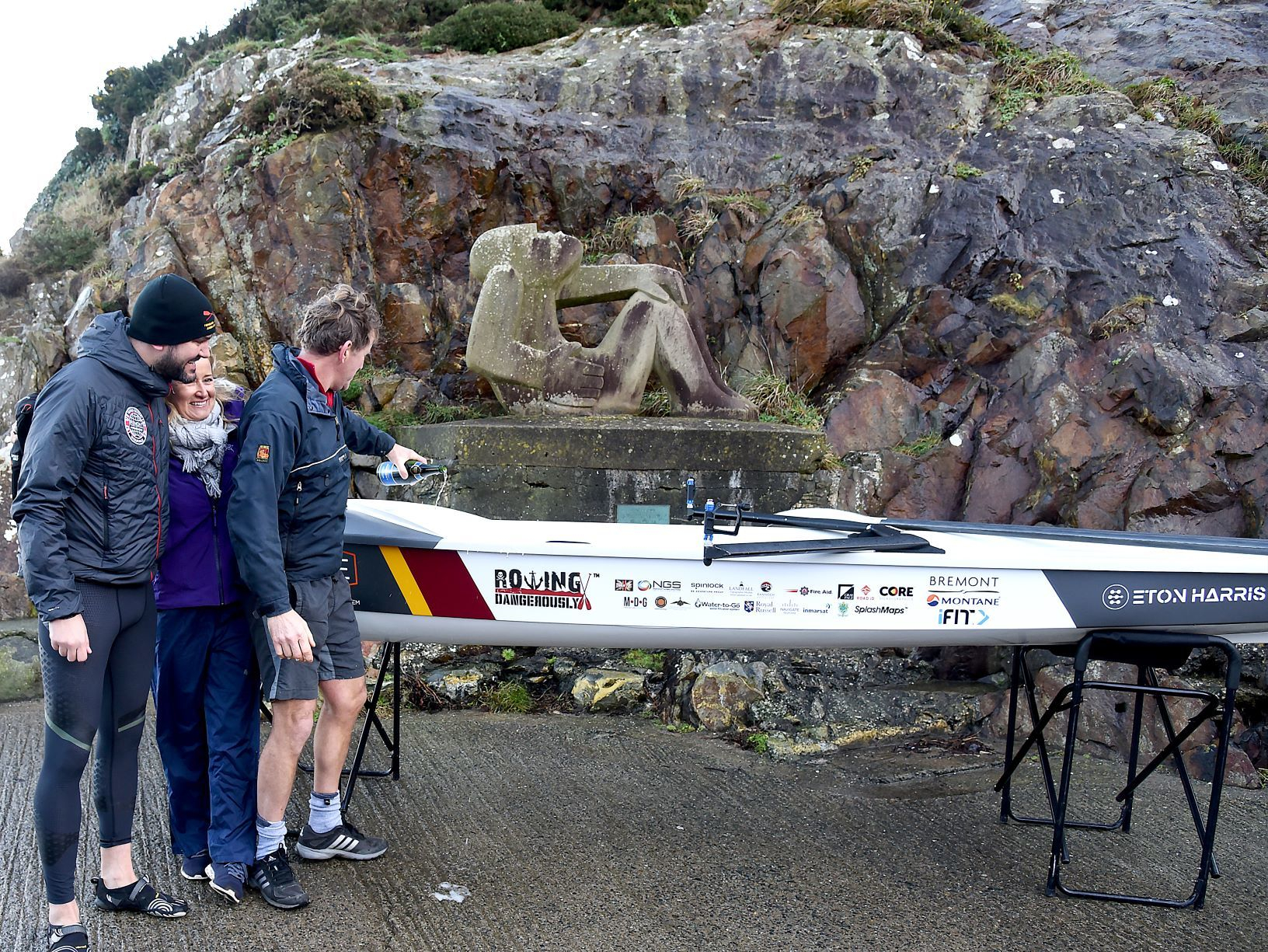 Jordan is one of the stars of Channel 4's award-winning shows Hunted and Celebrity Hunted,

Last October he became the first person in history to row, solo, unsupported and unarmed across the Bab el Mandeb Straits between the Horn of Africa and Yemen, one of the most dangerous stretches of water in the world, during his Rowing Dangerously challenge in order to raise funds for three charities close to his heart.

The 18 nautical mile stretch of water is a strategic waterway passage that links the Red Sea to the Indian Ocean via The Gulf of Aden. Also called The Gate of Tears, it is known as the most important, most dangerous and most geo-politically contested strait of water on the planet.

After the row he gifted the boat to the local rowing club in Djibouti. Then in November, at the Rowing Dangerously Gala Ball, his training boat, A Million Dreams, was auctioned off to raise funds for Frontline Children's new school in Djibouti.

The winning bid came from Julia Kirkham, whose brother Ed Charlesworth is a member of Jemima Rowing Club.

Julia bought the boat in memory of her sister-in-law Nicky Charlesworth, a club member who lost her battle with ovarian cancer aged just 45.

She decided immediately to donate it to Fishguard and Goodwick Jemima Rowing Club to enable more young people to get out on the water.

"The interest in coastal sculling has been enormous since we got our double scull," said Ed.

"This is going to add another dimension."

The club already has one member who took part in the world coastal sculling championships this year and it is hoped the the new boat will open up even more opportunities.

"This is going to expand the sport and enable people to aim for the heights," said Ed.

He spoke to the club about his incredible adventures and a raffle was held to raise money for his charities.

The boat was officially launched the following morning during an open row which Jordan also took part in.