Turkish plane takes off to bring wounded from Somalia 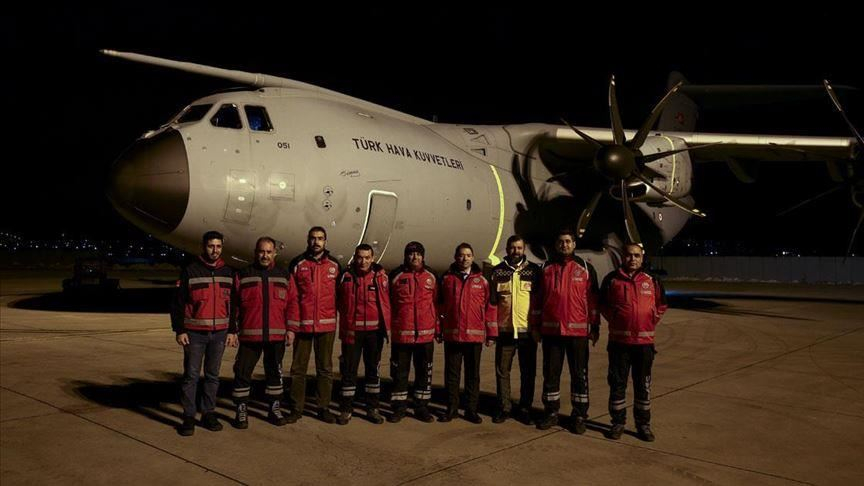 ANKARA Members of the National Medical Rescue Team departed for Somalia’s capital Tuesday to bring those wounded in a suicide car bombing over the weekend back to Turkey.

At least three people were killed and 20 others injured, including several Turkish nationals, when a suicide car bomb targeted a police convoy escorting Turkish contractors in Mogadishu on Saturday. A medical team of nine people travelled on an A400M type military transport aircraft of the Turkish Armed Forces to treat three Turkish citizens and six Somalians.Semih Korkut, an official from the Ministry of Health, told Anadolu Agency that preparations were made to bring back those injured in the attack on the instructions of President Recep Tayyip Erdogan.

On Dec. 28, at least 85 people were killed, including two Turkish nationals, and over 150 others wounded in a suicide truck attack in Mogadishu claimed by the al-Shabaab terrorist group.Turkey has strong historical ties with Somalia on the principle of “win-win” relations, including more than 150 development aid projects carried out by the Turkish Cooperation and Coordination Agency (TIKA) since 2011.