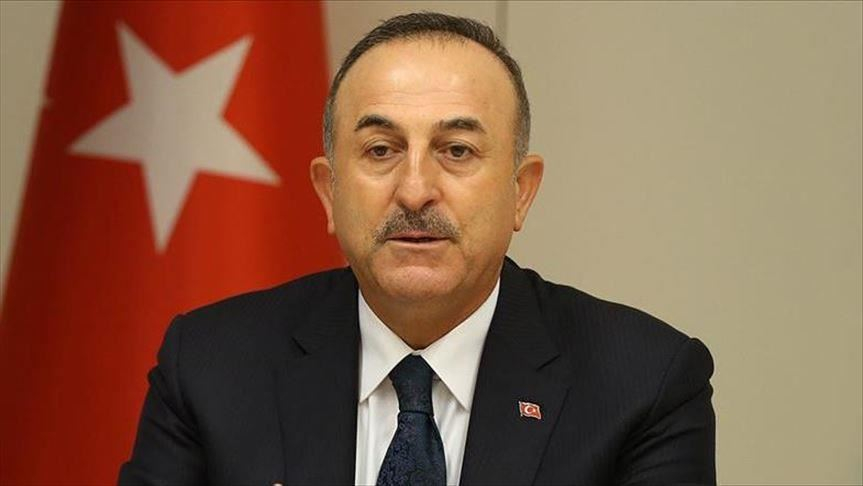 ANTALYA, TurkeyTurkey's Foreign Minister Mevlut Cavusoglu warned Saturday against attempts to create a situation in Libya similar to that in civil war-torn Syria.“They want to turn [the situation in] Libya to [the one in] Syria. If today Libya would be like Syria, then the turn would come to the other countries in the region,” Cavusoglu told the ruling Justice and Development (AK) Party's consultation meeting in Antalya, on Turkey's Mediterranean coast.On Nov. 27, Ankara and Tripoli’s UN-recognized Government of National Accord signed two separate agreements, one on military cooperation and the other on maritime boundaries of countries in the Eastern Mediterranean."We need to do whatever is needed to prevent Libya from being divided and sliding into a chaos, and we do it," Cavusoglu said, stressing that the maritime deal signed with Libya is important.Highlighting the constant conflicts in the Islamic world, Cavusoglu criticized the lack of unity in the Organization of Islamic Cooperation (OIC), saying it is not strong enough to solve the problems in this regard.On Saturday’s deadly terrorist attack in Somalia, Cavusoglu said: "We have never left our Somalian brothers alone so far and we will never [leave them]."Almost 80 people, including two Turkish nationals, were killed and many more wounded in a suicide truck bomb attack on a security checkpoint in the Somali capital Mogadishu.Also addressing Turkey’s first indigenous car prototype publicized on Friday, Cavusoglu said Turkey “changes the balances” of the market.The full-electric car was created by Turkey’s Automobile Joint Venture Group (TOGG), a conglomerate of industrial giants, in 18 months.The car will have two options -- 200 and 400 horsepower -- with the 300 and 500 km range capacity and level 3 automation in 2022, the scheduled time for its production.Meanwhile, Omer Celik, an AK Party spokesman, also addressed the possible deployment of Turkish troops in Libya during a local party meeting in the southern Adana province."We are not seeking soil in Libya. We hold ourselves responsible for the peace and security of the friendly and brotherly Libyan people. We have historical responsibilities," he said.“You cannot guard your national interest confining yourself to your national borders. You have to safeguard your friends and allies,” Celik added. Separately, Celik expressed sorrow over the terror attack in Somalia, which he called “an important and friendly country.”“Turkey always stands by Somalia, the Somali nation will never be left alone … [especially] in its fight against terrorism,” Celik said.Also mentioning the first indigenous Turkish car prototype, the spokesman said the car publicity gained extensive coverage in the European media.“Turkey’s car is far beyond its models in the world, it is fully electric. It can achieve better in its class. This is an example,” he said.