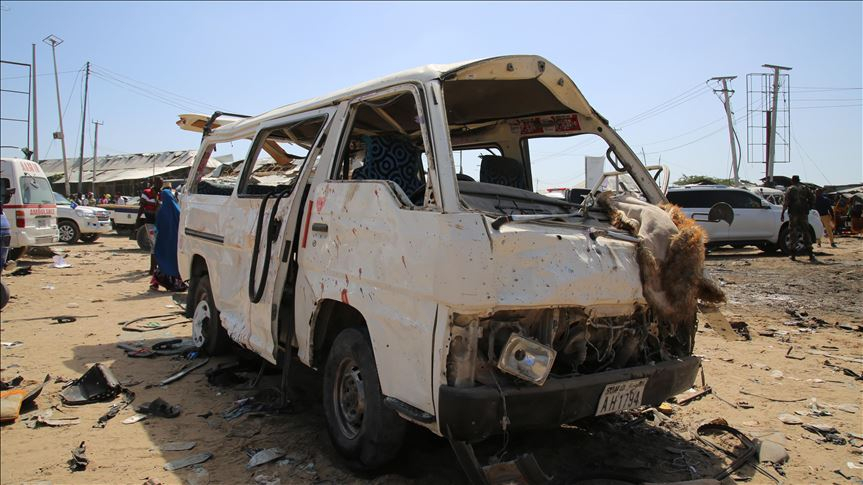 ANKARATurkish President Recep Tayyip Erdogan on Saturday condemned the deadly terror attack in Somalia, and expressed the nation’s sympathy for the East African country."I condemn the terror attack in Mogadishu. I wish God's mercy upon two Turkish citizens and Somali brothers who lost their lives and speedy recovery for those injured," Erdogan wrote on Twitter.Offering his condolences to the Turkish nation and Somali people, Erdogan said: "Turkey always stands by Somalia."Separately, Turkey’s Foreign Ministry issued a written statement to slam the terror attack. “Turkey will resolutely continue to provide support for the immediate establishment of peace and stability in Somalia and to ensure the country have the necessary environment for the development ...” the statement said.A military cargo plane is on its way to Mogadishu to carry the wounded Somali people to Turkey for treatment, it noted.Early Saturday, almost 80 people, including two Turkish nationals, were killed and many more wounded in a suicide truck bomb attack on a security checkpoint in the Somali capital Mogadishu.