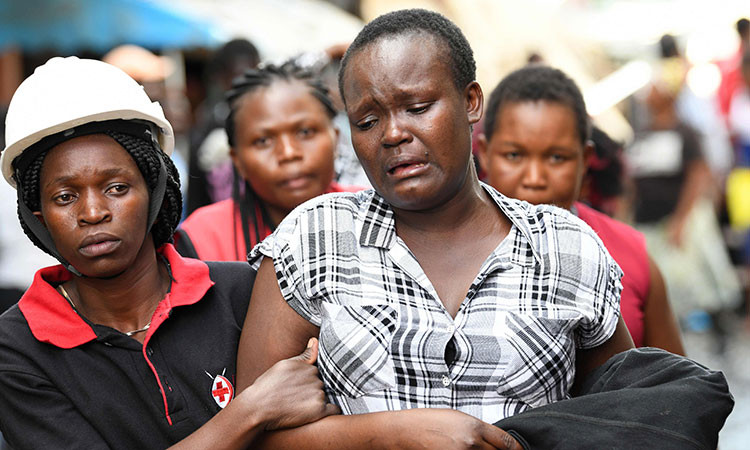 NAIROBI - Three teachers were killed near Kenya’s border with Somalia in a suspected attack by al Shabaab militants early on Monday, police said, in what appeared to be the latest in a string of assaults by the group in Kenya since the New Year.

A child was also wounded by a stray bullet when the militants attacked Kamuthe primary school, in Garissa County, a police report seen by Reuters said. The militants also burned down a nearby police station and destroyed a telecommunications mast in the attack in the early hours of Monday, the report said.

Al Shabaab has targeted Kenya in frequent attacks, part of a retaliation campaign against the country for sending troops into Somalia in 2011 after a series of cross-border raids and kidnappings.

But the group has stepped up the pace of its attacks in Kenya since the New Year.

Last week, four schoolchildren were killed following a gunfight between the Somali militant group and local police in Garissa. The attackers targeted a telecommunications mast in that assault as well.

The United States bolstered its presence in Kenya last week after al Shabaab killed three Americans in an attack on a military base in the East African country used by U.S and Kenyan forces.

Al Qaeda-affiliated al Shabaab has waged an insurgency in Somalia since 2008, aiming to topple the government and impose its own strict interpretation of sharia, or Islamic law.

Last month, at least 90 people were killed in a bombing in Somalia’s capital Mogadishu in the country’s deadliest attack in more than two years. (Reporting by Humphrey Malalo; Writing by Omar Mohammed; Editing by Maggie Fick and Alex Richardson)