There's Nothing Terribly Nice About Ice

A surge of southern moisture spins up an impressive storm, but a more westward track pulls enough warm air into town for a period of ice & rain over southeast Minnesota, including the Twin Cities. Heaviest snow amounts will probably... 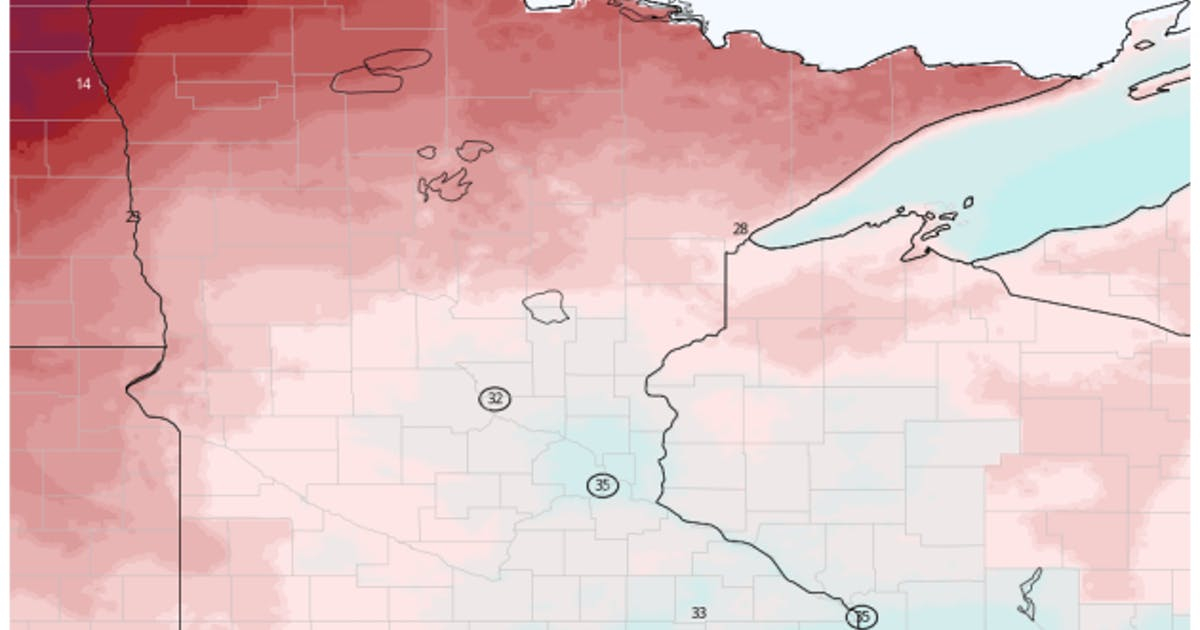 (We make recommendations independently, but participate in affiliate advertising programs that may pay us commission if you make purchases at Amazon.com and other linked retailer sites.) One suggestion was “How the Weather Works” by Christiane Dorion and Beverley Young (Candlewick, 2011). This pop-up book with pull-tabs and bright illustrations is written for second through fifth graders but will delight older students, too. The book explores normal weather as well as extreme conditions, such as hurricanes and tornadoes. There is a good series of children’s weather books by Nadia Higgins (illustrated by D. Ward). “Weather Watchers: A Children’s Book Series on Weather” includes “It’s a Tornado!,” “It’s a Thunderstorm!,” “It’s Hailing!,” “It’s Snowing!“ and “It’s Raining!” Published by Abdo for a third-grade level, the series demonstrates how weather affects everyone every day."

"Everyone wants something different in an umbrella. Some prefer style, while others prioritize substance, but we can all agree that umbrellas should keep you dry and hold up in moderate wind. While no umbrella is perfect in a heavy downpour, a solid umbrella will prevent you from showing up to your destination looking like a wet rat. Umbrellas have been around for thousands of years, but after testing 11 of the best umbrellas on the market, we found many still fall short of protecting you from the rain and wind. After months of research, obsessively checking weather reports, and stomping around in our Hunter rain boots, we found that the best umbrella is the Davek Solo Umbrella (available at Davek for $115.00) for its quality, aesthetics, and performance. It's perfect for someone who wants to be sleek and stylish, yet its luxurious fabric and sturdy frame will still keep you dry.

Here are the best umbrellas we tested ranked, in order:

"As Somalia withered from drought early this year, and her goats dropped dead from thirst, Maka Abdi Ali begged for rain. When the skies finally opened, nature was unmerciful. Unrelenting downpours in October turned to flash floods, destroying her meagre home and few remaining possessions, and washing away whatever harvest and bony animals farmers managed to save during the months without rain. "I have nothing now," 67-year-old Ali told AFP in a squalid camp on the outskirts of Beledweyne in central Somalia. Here, 180,000 people fled the fast-rising waters in the country's worst floods in memory. The arid Horn of Africa country has always been hostage to climate extremes. Rain is erratic, and drought a feature of life. But catastrophic weather events are occurring in Somalia with ever-greater fury and frequency, trapping millions in a near-constant cycle of crisis. Little by little, the ability to recover is ground down, say experts. There is no time to rebuild homes and replenish food stocks before another disaster strikes. Impoverished and weakened by decades of war, battling an armed insurgency, Somalia is ill-equipped to cope with the destabilising impact of double-tap environmental crises. Aid budgets are stretched trying to respond to back-to-back emergencies. In May, the United Nations launched a drought appeal, warning of looming starvation as Somalia faced its worst harvest on record. Six months later, it's again appealing for help -- this time for $72.5 million (65.1 million euros) for half a million victims of flood. "There hasn't been a day this year where we haven't been talking about either drought or floods," Abigail Hartley, deputy head of office for the UN humanitarian agency OCHA in Somalia, told AFP."

"Australia is having a December heat wave for the ages, with some of the most widespread and intense heat ever observed on the island continent. The nationally averaged high temperature on Wednesday was an astounding 40.9°C (105.6°F), beating the previous daily record of 40.3°C from January 7, 2013. Even more impressive, Thursday topped the Wednesday reading by a full degree Celsius, coming in at 41.9°C (107.4°F). Thursday’s reading is almost certainly the hottest nationally averaged high not only for Australia but for any continent on Earth at any time of year. All other continents see at least some of their summer heat modulated by the presence of either tropical rainforests or cooler midlatitude/high-latitude regions. On Thursday, Nullarbor in South Australia topped out at 49.9°C (121.8°F). This is the highest temperature recorded anywhere on Earth in any December, and the fourth highest at any location on any date in Australian history. The current heat wave is not expected to topple the nation’s all-time single-location record of 50.7°C (123.3°F) set at Oodnadatta, South Australia, on Jan. 2, 1960. I wouldn’t rule out such a reading entirely, though. Nullarbor is located just a few miles inland from the Southern Ocean. On January 23 of this year, Red Rocks Point station—located about three hours west of Nullarbor on the sparsely settled coast, and just 70 meters (230 feet) from the ocean—hit 49.1°C (120.4°C), which is apparently the hottest temperature recorded on Earth so close to open water."