The US may be funding Iran-backed extremism in Africa

For most American policymakers, Somalia is old news. 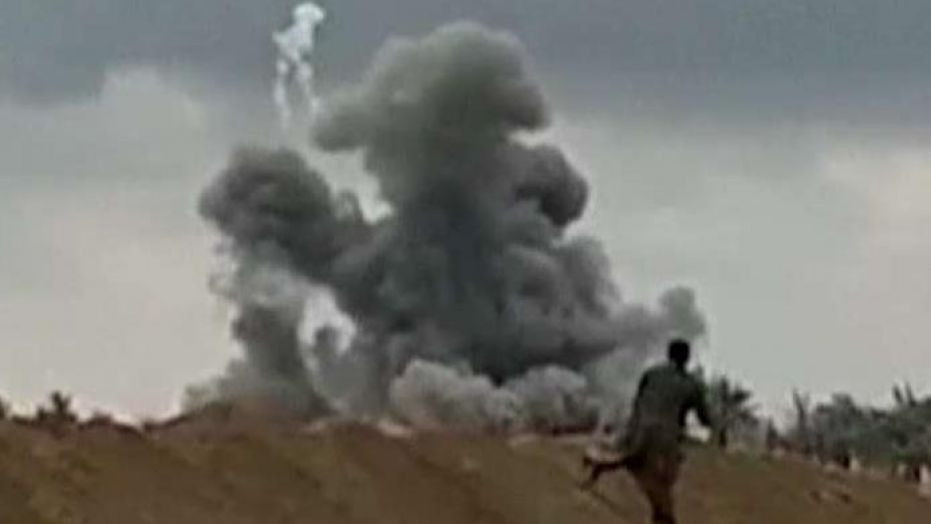 It’s no secret that the State Department always puts a positive spin on its partners and seldom admits failure. How else could diplomats in Armenia describe it as the Silicon Valley of the Soviet Union? Or describe the impoverished, AIDS-ravaged African nation of Lesotho as “a good fit with U.S. policy goals in Africa such as promoting democratic values, free market economies, and health”?

Such hyperbole can be deadly, however, when it is used to cover up grave and growing threats to regional stability and U.S. security.

Consider Somalia: For most American policymakers, Somalia is old news. It descended into state failure in 1991 after a rebellion drove out dictator Siad Barre. Photographs of starving children motivated the George H.W. Bush administration to launch Operation Restore Hope, but U.S. resolve largely ended after the downing of a Blackhawk helicopter in September 1993 and the so-called Battle of Mogadishu a week later in which 18 Americans lost their lives.

In recent years, however, with substantial African Union security investment and directed Western aid, Somalia has made a bit of a comeback. In 2015, Secretary of State John Kerry became the first U.S. Secretary of State in decades to visit Mogadishu. While many U.S. diplomats handling Somalia remain based in Kenya, in December 2018, the U.S. State Department opened a permanent diplomatic mission and appointed career diplomat Donald Yamamoto to be ambassador.

Yamamoto has presided over a huge increase in U.S. assistance to the government in Mogadishu. Too often, the State Department utilizes money spent or funds allocated as its metric for success.

Generosity of assistance is not an accurate gauge of effectiveness, however. Transparency International has, for the past 14 years, ranked Somalia as the world’s most corrupt country.

U.S. assistance provided to the Somali government seldom achieves promised aims. The Somali National Army — those who are not simply ghost employees whose salaries are siphoned off — are little more effective than a gang of Hollywood extras wearing uniforms. The Somali government’s control itself is measured in square blocks rather than square miles or provinces. In short, Somali effectiveness is an illusion, albeit one which Yamamoto and the Somali desk at the State Department appear desperate to preserve.

The situation would be bad enough if it were simply a matter of the State Department squandering nearly a billion dollars in aid on Somalia with little to show for it; it is even worse given that the very Somali officials whom the U.S. promote increasingly appear to be promoting U.S. adversaries.

Back in December 2018, for example, the Somali government leased most of Somalia’s waters to China. More recently, the Somali government has partnered with Turkey to conduct military training at a new Turkish base in Mogadishu. That in itself might not be a problem if SADAT, a Turkish paramilitary which has previously laundered arms and money to Hamas, was not involved. Now, according to the Somali news website Muqdisho.online, a Qatari military team landed in Dusmareb, Somalia, approximately 300 miles from Mogadishu. The plane contained a load of Iranian armaments including 620 AK-47s, 8,200 hand grenades, 210 RPG-7s, 110 pistols, and 150 PK machine guns. Prime Minister Hassan Ali Khaire, who visited the White House three months ago, was on hand to meet the aircraft.

While the Somali government might say it needs weapons to use against militants who infest most of the country, accepting arms from Iran should raise questions at both the U.S. State Department and in Congress, especially if the fungibility of cash and Somalia’s pervasive corruption might mean that U.S. taxpayer money has in someway enabled Khaire to purchase such weaponry.

Regardless, given the Somali government’s outreach to China, Iran, and Turkey, its provocationsagainst U.S. ally Kenya, and Mogadishu’s failure to show any progress for the nearly billion dollars the United States is providing Somalia, it is long past time for the State Department Inspector General and the U.S. Congress respectively to audit and provide oversight on the State Department’s increasingly expensive and counterproductive strategy in Somalia.