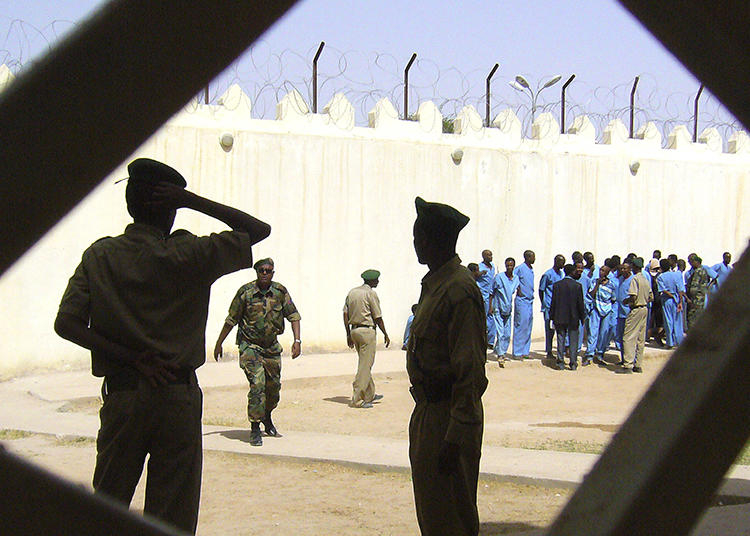 Nairobi, - Authorities in Somaliland should immediately release journalist Abdirahman Mohamed Hiddig from prison and drop all charges against him, the Committee to Protect Journalists said today.

On January 15, authorities in the town of Erigavo, in the eastern Sanaag region, detained Abdirahman, a reporter with the privately owned broadcaster Eryal TV, according to representatives of two regional press freedom groups, Yahye Mohamed, executive director of the Somaliland Journalists Association, and Abdalle Ahmed Mumin, secretary general of the Somali Journalists Syndicate, both of whom spoke to CPJ via messaging app.

The arrest was sparked by a complaint from Mohamed Abdirahman Liban, the deputy manager of the breakaway region’s government-owned printing press, about a post on Abdirahman’s professional Facebook page, the two press groups said in separate statements. Abdirahman had previously been detained in December 2019 in connection to the same complaint, and was released on bond on January 4, Abdalle said.

Following his arrest on January 15, authorities brought Abdirahman before a court where he was tried without a lawyer present and was sentenced to 21 months in prison, according to the statements by the press groups and Abdisamed Giirre, an Eryal TV journalist who spoke to CPJ via messaging app. Abdisamed said he did not know what Abdirahman was charged with, and the statements do not specify any charges.

CPJ was unable to determine the exact charge that Abdirahman faced.

The court also fined Abdirahman 6 million Somaliland shillings ($700), according to Yahye, who told CPJ that an appeal has been filed on Abdirahman’s behalf.

“Somaliland authorities must immediately release journalist Abdirahman Mohamed Hiddig from prison and cease jailing reporters for their work,” said CPJ sub-Saharan Africa representative Muthoki Mumo. “Sentencing a journalist to 21 months in prison after a sham trial without a lawyer present is an outrage.”

Abdirahman frequently posts political commentary and clips of his journalism on his public Facebook page, which has about 5,000 followers. In a December 2019 post beginning with “Breaking news,” Abdirahman alleged that Mohamed, the deputy manager of the printing press, did not support a peace process in El-Afwein, a town in the Sanaag region, according to the Somali Journalists Syndicate statement and a screenshot of the post, which CPJ reviewed and which has since been deleted.

The journalist is being held in Erigavo district prison, Abdisamed and Yahye said.

When CPJ called Mohamed Abdirahman Liban for comment yesterday, he told CPJ that he was in a meeting and said he would call back later. When CPJ called back today, he declined to comment. CPJ emailed Somaliland Attorney General Hassan Aden for comment but did not receive a response.

Over the past year, Somaliland authorities have arrested journalists, shut down outlets, blocked websites, and detained reporters carrying out their work.