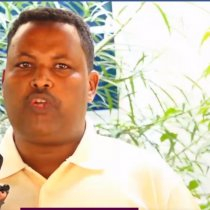 Mohamed Mohamud Yusuf (Ilka-Ase), Foore’s editor-in-chief said the decision by the Supreme Court was a justice served but came late.

"Foore newspaper’s publication was suspended by the Hargeisa court on On February 10, 2019 after Somaliland government brought unfair allegation against our critical reporting. That suspension was due to end in January 2020,” Editor Ilka’Ase said.

The allegations against Foore newspaper brought by the Somaliland’s Attorney General relate to Foore's coverage of the construction of a new presidential palace on October 11, 2018. That story highlighted rampant corruption within the Somaliland Presidency irritating the Somaliland government.

In August this year, the Appeals Court of Marodi Jeh ordered the paper to be allowed to resume operations after overturning the one-year ban on its publications but that order was not implemented due to allegedly court contempt by the police and government authorities in charge of the Foore newspaper’s case.

"Foore was and remains innocent and that is what the Supreme Court today acknowledged. We are glad that justice is served today,” the paper’s lawyer said during a press conference in Hargeisa.

"Somali Journalists Syndicate welcomes the Somaliland Supreme Court decision which permits Foore newspaper to restart  its publications. This is one step forward for the freedom of the press in Somaliland,” Abdalle Ahmed Mumin, the secretary general of Somali Journalists Syndicate (SJS) said."the year 2019 has seen increased crackdowns on free press in Somaliland. We call authorities to stop attacking the journalists and the media houses and allow journalists to carry out their work with uncensored and absolute independence,” Abdalle adds.