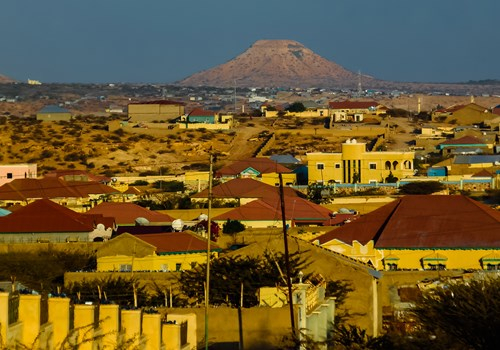 Somalia laid another significant paving stone on the road to its first ever licensing round to attract investment from international oil companies (IOCs) when the upper house of the federal parliament approved the third reading of its petroleum law in early January. But the landmark event coincided with a lethal wave of Islamist violence that may cause these same firms to pause for thought.

The legislation has been working its way through the upper and lower houses for the past seven months. This week, 28 senators—of the 54 that were elected for the 2016-20 parliament—voted for the legislation. “This is a major step forward for Somalia and its people as the Petroleum Law is approved by the upper house and moves closer to completing its legislative process,” says minister of petroleum and mineral resources Abdirashid Mohamed Ahmed.

The legislation will now return to the lower house for approval, which the oil ministry expects to on 20 May, which would be exactly one year on from the initial passing of the legislation. A licensing round for the oil-rich offshore blocks was originally scheduled for 2018 but has been delayed several times while agreement was brokered among the stakeholders and legislation constructed.

The key component of the legislation, which updates a 2008 law that many considered incompatible with the 2012 constitution, is a revenue sharing agreement (RSA) that allocates shares of future revenue to the federal government, the country’s six member states, and local communities. The states will be free determine how their share of the revenue—which could be as much as 70pc— is spent, although the federal government ultimately retains the final say.

An initial test run applying the RSA in June passed without issue, but this involved a relatively small amount of money, $1.7mn, relating to previously generated revenue, some of which dates back to before the 1990s and 2000s civil war. It would receive a far sterner test were billions of dollars to start flowing and relative regional winners and losers started to emerge.

The oil revenue will not be split evenly among the six constituent states. The 15 blocks slated to be included in the licensing round are scattered along the southern coast off Galmudug, Hirshabelle, South West State and Jubaland. These beneficiaries may grow to resent payment transfers to less fortunate areas of the country; Somaliland and Puntland may eye them jealously.

To compound matters, the potentially secessionist Puntland—which is separated from Yemen by the Gulf of Aden—is believed to have similar geology to Yemen and Saudi Arabia and has known to contain commercially viable oil reserves since the early 90s. The wave of licensing rounds does not cover its resources.

Maintaining the perception of fairness among the six regions will therefore be critical if real money starts flowing. The country experienced extended periods of civil war, lawlessness and piracy in the decades before its federal constitution was established in 2012.

Onshore, the main threat remains Islamist group Al-Shabaab. Despite Ahmed assuring Petroleum Economist in November that “the goal of the federal government is to eradicate all piracy and Al-Shabaab”, a potent threat demonstrably remains.

Al-Shabaab claimed responsibility for a bomb blast near the presidential palace and government buildings on 8 January that claimed three lives. The same number of people—all Americans—were killed in an attack the preceding Sunday. And the January atrocities were far exceeded by a truck-bomb at a Mogadishu checkpoint in late December that killed 90, the largest number of fatalities from a single attack in decades.

The offshore oil finds, covering a total area of approximately 75,000 km² across up to 15 blocks, is potentially transformative for the country’s c.15 million population. But a slide back into conflict would see the opportunity quickly evaporate for another generation.

The security situation offshore has improved substantially over the last decade, with once rampant piracy brought firmly under control by US and African forces partnering with the domestic military. Reported incidences fell from a peak of 237 in 2011 to at or close to zero in more recent years.