Somalia&#039;s Al Shabab attacks military base used by US and Kenyan forces 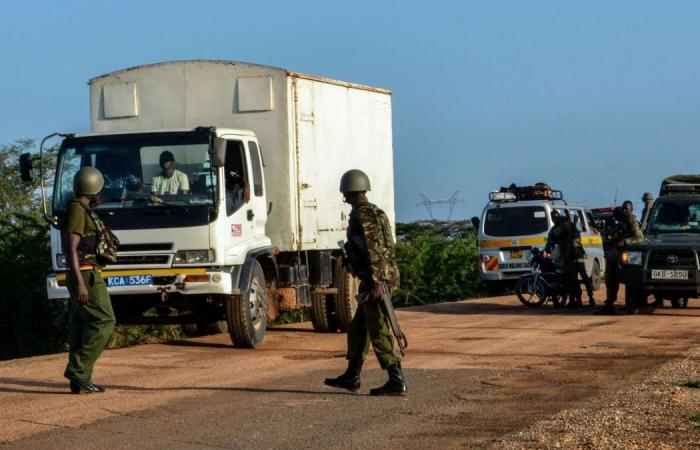 Thank you for your reading and interest in the news Somalia's Al Shabab attacks military base used by US and Kenyan forces and now with details Hind Al Soulia - Riyadh - Al Qaeda-affiliated militants said its fighters launched a dawn raid on camp in Lamu, Kenya Jan 5, 2020 January 5, 2020 Somalia's Al Shabaab militants on Sunday attacked a military base in Kenya that is used by both US and Kenyan forces. "They have attacked Manda airstrip in Lamu, which is just next to the military camp that hosts military personnel from many countries including Kenya and the US. We are informed that fighting is still ongoing," a military source said. He said the fighters were trying to reach the base from the airstrip. Al Shabab, an Al Qaeda-affiliated extremist group fighting to overthrow the weak, UN-backed Somali government, said fighters from its "Martyrdom Brigade" had launched a raid "on a US naval base known as Camp Simba in Lamu County, Kenya" at dawn. "The base is home to hundreds of US military personnel and Kenyan soldiers and serves as one of the many launch pads for the American crusade against Islam in the region," an Al Shabab statement said, promising further updates. Media reports quoted an Al Shabab spokesman as saying the attack was not related to the US killing of Iranian general Qassem Suleimani. The extremist group frequently carries out attacks in the Somali capital, Mogadishu, but has also launched raids across the border in retaliation for Kenya's participation in an African Union force fighting the militants. Suspected Al Shabab militants killed two people in an ambush on a bus in Lamu county on January 2. The United States has killed many of the group's leaders in air strikes that have increased in frequency in recent years, including one on Friday that US military's Africa Command said killed three militants. Updated: January 5, 2020 10:59 AM These were the details of the news Somalia's Al Shabab attacks military base used by US and Kenyan forces for this day. We hope that we have succeeded by giving you the full details and information. To follow all our news, you can subscribe to the alerts system or to one of our different systems to provide you with all that is new.

It is also worth noting that the original news has been published and is available at The National and the editorial team at AlKhaleej Today has confirmed it and it has been modified, and it may have been completely transferred or quoted from it and you can read and follow this news from its main source.