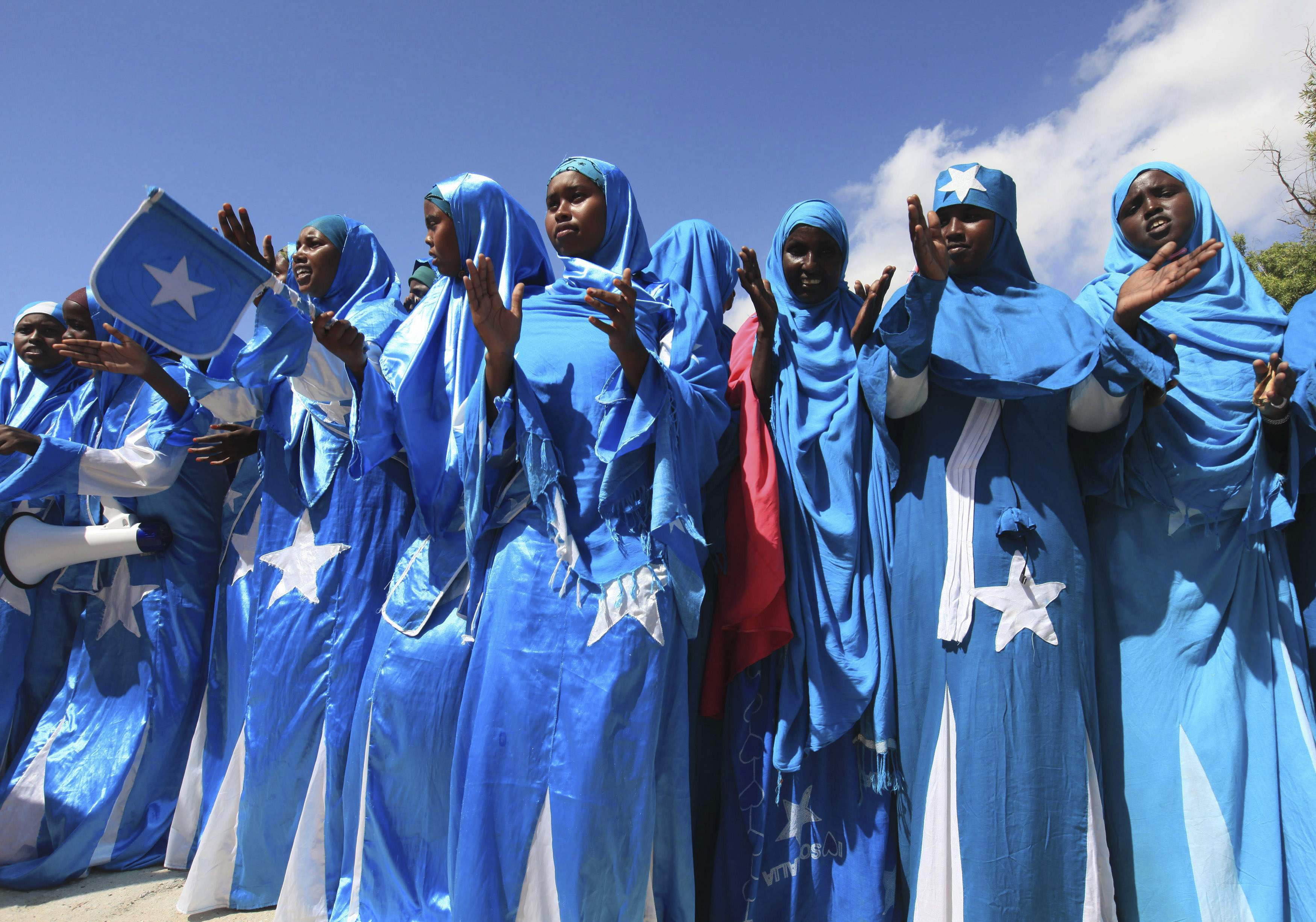 Somali violence, both from al Shabaab and clan disputes, is less frequent throughout Somalia but persists in northeastern Kenya, mainly in the counties (provinces) of Mandera, Garissa, Isiolo, Wajir and Marsabit that border Somalia. What is keeping al Shabaab active here and not elsewhere in Somalia is the lucrative smuggling operations the Islamic terrorists dominate along the border. Kenyans in the northeast want something done about the violence, whatever the reason for it. In addition to bordering Somalia there are several other reasons for all the Somali violence in this part of Kenya. First there is the pervasive corruption in Kenya (and Africa in general). Al Shabaab takes advantage of the police corruption in Kenya, where the largely Christian police are particularly brutal towards Kenyans who are ethnic Somalis as well as the Somali refugees. That brutality and discrimination makes Kenyan Somalis reluctant to cooperate with police in finding al Shabaab terrorists or smugglers.

About 76 percent of the Muslims (four million people) in Kenya are ethnic Somalis who are citizens. Kenya is largely (80 percent) Christian with a Muslim minority (12 percent of the population) that has been known to harbor Islamic terrorists. Most Kenyan Moslems live in coastal cities like Mombasa (where about a third of the 1.1 million population is Moslem). A lot of ethnic Somalis and Moslems live in northeastern Kenya and that is a problem when most of the soldiers and police are Christians and non-Somali. Some Kenyans in the northeast believe the Somali violence would decline if Kenya pulled its peacekeepers out of southern Somalia. Others point out that much of the Somali violence in Kenya is financed by Somali criminal activity in Kenya. Pulling the peacekeepers out of southern Somalia would just make it more difficult for Somalia and the remaining peacekeepers to pacify the south. Moreover, pulling Kenyan peacekeepers out of Somalia would not help persuading the many Somali refugees in Kenya to go home.

The unresolved dispute over where the maritime border is between Kenya and Somalia is to be decided by an international count. Because of oil and gas deposits being discovered offshore the precise location of that maritime border has become very important. The Arab League tried to make the dispute an “Arab versus African” issue but that angered Somalis and Kenyans. While Somalis tend to think of themselves as more “Arab” than “African” that attitude is more wishful thinking than reality. The Somali language is closer to Arab than other languages in Africa and the Somalis are fierce warriors, which is something the Arabs admire. Yet when it comes down to who is considered Arab by most Arabs the Somalis are considered unique but not really Arab. That is why the Arab League attitude towards the Somali maritime border claims generated the response it did.

June 25, 2019: The recent Iranian use of limpet mines and other weapons against tankers entering the Persian Gulf has led to a sharp increase in demand for the armed guards normally employed by large ships passing close to pirate infested Somali waters. Iranians were caught on camera placing and removing the limpet mines to the sides of tankers. These mines use magnets to remain on the hull and are detonated by timer or remote control. The armed guards are being hired to scan for such mines and to stand watch at night and fire on any small boats that approach a tanker at night. Iran denies they are using these mines but the video and past performance say otherwise.

June 24, 2019: In the north (Puntland and Somaliland) a three day effort began to vaccinate 940,000 young (under five years) children against the new strain of polio. Children need several doses of vaccine to assure immunity to all strains of polio. Vaccination efforts in Somalia since 2017 have included 14 vaccination campaigns, with five of them for all of Somalia (including Puntland and Somaliland) and nine of them regional (like this one.)

In late 2015 Somalia was declared free of polio but since then there have been dozens of new cases reported. Being declared polio free means an area has been a year or so without a case of polio. The last outbreak was in 2013, the first in Somalia since 2007. The 2013 outbreak involved over 200 people, mostly children, who were infected and because al Shabaab was on the defensive it was possible to rapidly inoculate potential victims and prevent the spread of the disease. Al Shabaab is no longer obsessed with halting polio vaccination so subsequent outbreaks were easier to deal with and vaccination efforts are underway in areas where the new cases have shown up.

Polio is a viral disease that can only exist in a human host and if no humans have it the virus dies out in a population. Smallpox was eliminated in the 1970s using this approach but polio has been more difficult to eradicate because a growing number of Moslem clerics came to believe that the vaccination program was actually a Western plot to poison Moslems (despite the fact that many of those being vaccinated were not Moslem). Between the numerous radical Moslems in Africa opposing vaccination and general chaos in places like Congo and Central African Republic polio has survived in Africa. A 2018 polio outbreak in Congo was apparently connected to outbreaks in Somalia and Nigeria, including one case near the Uganda border. In all three nations a major part of the problem is not being able to get vaccination teams to war zones.

These new cases, on examination (to classify the genetic code of the virus) are actually the result of a rare capability of the polio vaccine used, which employs a weakened version of the polio virus to induce the body to develop an immunity. But a very small number of new cases (one for every 10-20 million doses of vaccine) will cause another case of polio. Since 2000 over ten billion doses of this attenuated vaccine have been used and with numbers that large the vaccination effort has to be ready to go after reappearance of polio in those rare cases. Despite this flaw the attenuated vaccine is, overall, more effective than earlier versions.

In Somalia and Nigeria you had the additional problem of Islamic terrorists who oppose vaccination because they believe it is a Western plot to poison Muslim children. This has been the problem in Nigeria since 2016 and health experts have been struggling to wipe out polio among the many rural people who spent years living under Boko Haram control. Boko Haram always opposed polio vaccinations. This became a big issue (and a major disappointment) because in early 2016 it was announced that Nigeria had eliminated polio. As part of a worldwide effort, Nigeria had reduced polio infections from over 1,200 in 2006 to none in 2014. But that did not include large areas of the northeast (Borno State) where health officials could not go because of Boko Haram Islamic terrorists. Once public health officials got access to those people they found polio had survived. Decades of effort to eradicate polio are still being compromised by Islamic radicals in places like Pakistan, Afghanistan and Nigeria. In Pakistan and Afghanistan, even the Islamic terrorists have come to agree that polio vaccination is a good thing and vaccination is catching up the few unvaccinated kids. That leaves Nigeria where Islamic conservatives up north have been preaching against polio vaccinations for years insisting that the medicine is actually a Christian plot to poison Moslems. This polio surviving in northeastern Nigeria helped the spread of polio to Somalia and Congo and will probably spread some more before it can all be tracked down by vaccination efforts. The reappearance of polio has been found (after examining the genetic makeup of the virus) to be a combination of attenuated vaccine causing a rare reappearance plus older strains spreading because of fleeing refugees who are infected.

June 21, 2019: In northeast Kenya (Garissa country) three al Shabaab men were killed as the Islamic terrorists attacked a police camp. The attack failed. Elsewhere in Garissa country the UN turned over two smaller refugee camps that were empty because of nearly 100,000 Somali refugees returning to Somalia since 2014. The main camp at nearby Dadaab is still operating.

June 15, 2019: In Mogadishu two al Shabaab car bombs went off, leaving ten dead and 26 wounded. The second bombing was a failure with only the bomber killed and his accomplice wounded and captured.

In northeast Kenya (Garissa country) twelve policemen were killed when their vehicle triggered a roadside bomb near the Somali border.

June 5, 2019: In the north (Somaliland) an American UAV attack against an al Shabaab base in the Golis Mountains left six Islamic terrorists dead. This is the seventh such attack in the last month against al Shabaab and ISIL (Islamic State in Iraq and the Levant) targets.

May 31, 2019: The UN extended its Somali peacekeeping mission for a year but cut the strength of the peacekeeping force by a thousand troops. This leaves the force with 21,000 troops. If violence increases that cut could be restored but the UN expects the Somalia situation to continue getting less violent and that will lead to further cuts in the peacekeeping force. Various foreign training missions are attempting to increase the skills and discipline of the Somali military but so far that is only working out with the small special operations force, which is about ten percent of the 30,000 soldiers on duty. Desertion and corruption (counting absent troops present to steal their pay) is still common.