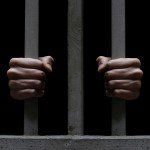 Federation of Somali Journalists (FESOJ), condemns the unlawful and unwarranted arrest and detention of Journalist Hussien Alio Gesey on Tuesday by Buurhakaba District Police Command for alleged ties with text the reporter posted on his Facebook where he made a comparison between the security situation in Diinsoor district at the moment and the years back.

According to journalist colleagues in Buurhakaba who requested not be named due to their security, the reporter Hussien Alio Gesey who works with Five Somali TV based in Nairobi received a phone call from Buurhakaba District Commissioner Abdi Mohamed Ahmed who ordered him to go to the police station very quickly, without hesitation, when journalist Hussien asked the DC why he was going to the police station, he told him he would be arrested from an order issued by the Minister of Interior in South West State, Mr. Mohamed Abdukar Abdi and at around 9am this morning the reporter went to the police station where he still detained, journalist colleagues confirmed.

South West State authorities must respect journalist’s right to report the real situations on the ground in South West State in order media people can perform their journalistic work without fear of any restrictions,” said Mohamed Ibrahim Moalimuu, FESOJ Secretary-General. “This treatment meted out to a member of FESOJ is not acceptable. It constitutes a violation of journalists’ rights and shows a repressive attitude against a professional journalist who is only doing his job just because he made a comparison for location in different periods. “We demand Hussien’s immediate and unconditional release. This situation must end.

Journalists should be able to report the facts where they are, otherwise it would be a challenge for journalists to provide the necessary information and facts the public need to now” Moalimuu added.

The South West State in Somalia, was for many years one of the states in which journalists coukld operate freely and without any restrictions or abuses, so we are requesting that to be restored, President of FESOJ Abaadir Abdulakadir Elmi said. FESOJ calls on all Member States and the Federal Government to fully guarantee freedom of media, enshrined by the Somalia Provisional Constitution, and end the arbitrary arrests of journalists.