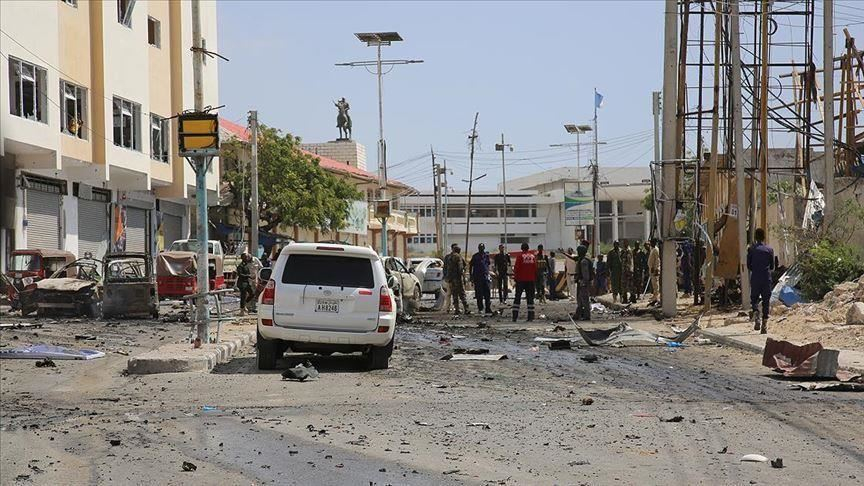 MOGADISHU, SomaliaAt least two government soldiers were killed and more than four wounded when a bomb blast targeted a military vehicle on the edge of the Somali capital Mogadishu on Monday, in the wake of an IED which claimed three civilians, officials said.

Mohamed Bulle, a police official in Mogadishu, told Anadolu Agency over the phone that the blast took place in Sinka Dheer, on the capital's outskirts.

"Three civilians were also wounded in the bomb blast. Police officials reached the crime scene and transported the wounded to hospitals," he said. Earlier on Monday, at least three civilians were killed after a roadside bomb blast hit a minibus in Lower Shabelle, in the southern part of the Horn of Africa country. Ibrahim Adan, Lower Shabelle's governor, confirmed the blast and the civilian casualties to Anadolu Agency over the phone.