Somali Jihadists Kill 3 Americans In Attack On Kenya Military Base

Somali jihadists kill 3 Americans in attack on Kenya military base 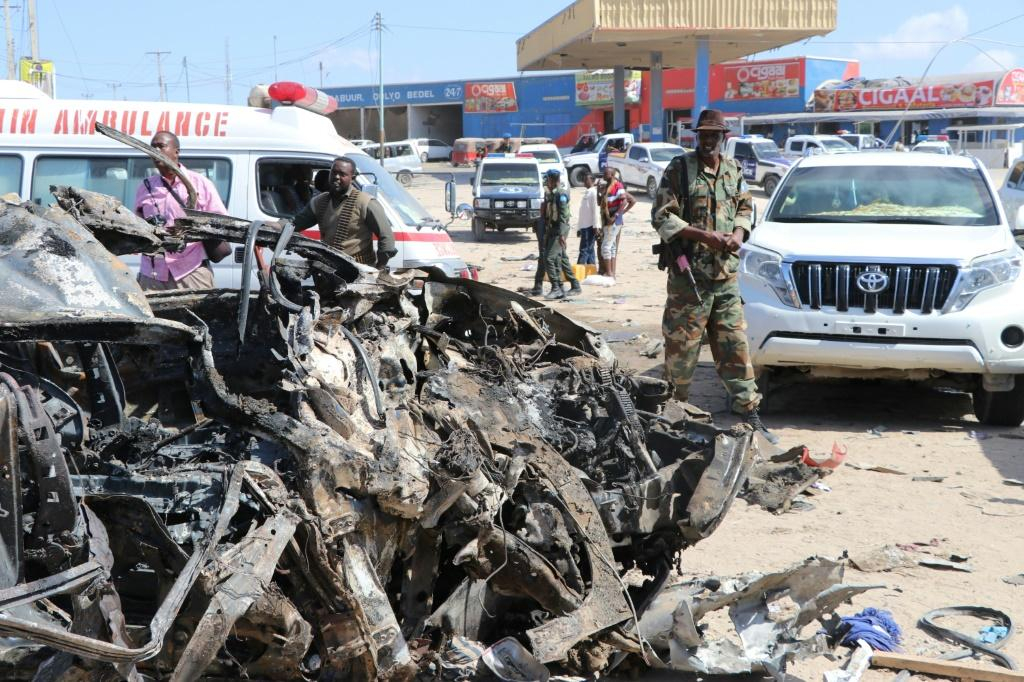 Jihadists from Somalia's Al-Shabaab group on Sunday stormed a military base used by US forces in Kenya's coastal Lamu region, killing three American citizens and destroying several aircraft and military vehicles, officials said.Attackers breached heavy security at Camp Simba at dawn but were pushed back and four jihadists killed, said army spokesman Colonel Paul Njuguna.The American military, however, said three US citizens died in the attack including a service member and two civilian defence contractors."Our thoughts and prayers are with the families and friends of our teammates who lost their lives today," General Stephen Townsend, the head of US Africa Command (Africom), said in a statement.Two other US Department of Defence personnel were wounded, the statement added, without giving further details.Al-Shabaab has launched regular cross-border raids since Kenya sent troops into Somalia in 2011 as part of an African Union force protecting the internationally backed government -- which the jihadists have been trying to overthrow for more than a decade.

Njuguna said "an attempt was made to breach security at Manda Air Strip" at 5:30 am but it was repulsed."Four terrorists' bodies have so far been found. The airstrip is safe," he said, adding that a fire had broken out but had since been dealt with.Kenya's Inspector General of Police Hilary Mutyambai said officers were "on high alert" after the attack.An internal police report seen by AFP said two Cessna aircraft, two American helicopters and "multiple American vehicles" were destroyed at the airstrip.Local government official Irungu Macharia said five people had been arrested near the camp and were being interrogated.Shabaab claimed to have killed 17 Americans and nine Kenyan soldiers after the attack. Somali women protested against Al-Shabaab in Mogadishu days after the massive car-bomb attack in the city Photo: AFP / Abdirazak Hussein FARAH The nearby civilian airport at Manda Bay, which brings tourists visiting Lamu Island -- a UNESCO World Heritage Site -- was closed for several hours after the incident, according to the civil aviation authority.Al-Shabaab said in a statement it had "successfully stormed the heavily fortified military base and have now taken effective control of part of the base".AFRICOM accused Al-Shabaab of lying in order to create false headlines.Shabaab countered with a second statement, saying it had been a 10-hour firefight and mocking the US "inability to fend off an attack by just a handful of steadfast Muslim men".The group referred to an uptick in US military airstrikes under President Donald Trump, accusing the US of "strafing villages from above and indiscriminately bombarding innocent women and children."AFRICOM said in April it had killed more than 800 people in 110 strikes in Somalia since April 2017.The Somali jihadists have staged several large-scale attacks inside Kenya in retaliation for Nairobi sending troops into Somalia as well as to target foreign interests.The group has been fighting to overthrow an internationally-backed government in Mogadishu since 2006, staging regular attacks on government buildings, hotels, security checkpoints and military bases in the countryDespite years of costly efforts to fight Al-Shabaab, the group on December 28 managed to detonate a vehicle packed with explosives in Mogadishu, killing 81 people.The spate of attacks highlights the group's resilience and capacity to inflict mass casualties at home and in the region, despite losing control of major urban areas in Somalia.In a November report, a UN panel of experts on Somalia noted an "unprecedented number" of homemade bombs and other attacks across the Kenya-Somalia border in June and July last year.On Thursday, at least three people were killed when suspected Al-Shabaab gunmen ambushed a bus travelling in the area.According to the Institute for Security Studies, the United States has 34 known military bases in Africa, from where it conducts "drone operations, training, military exercises, direct action and humanitarian activities".Copyright AFP. All rights reserved.