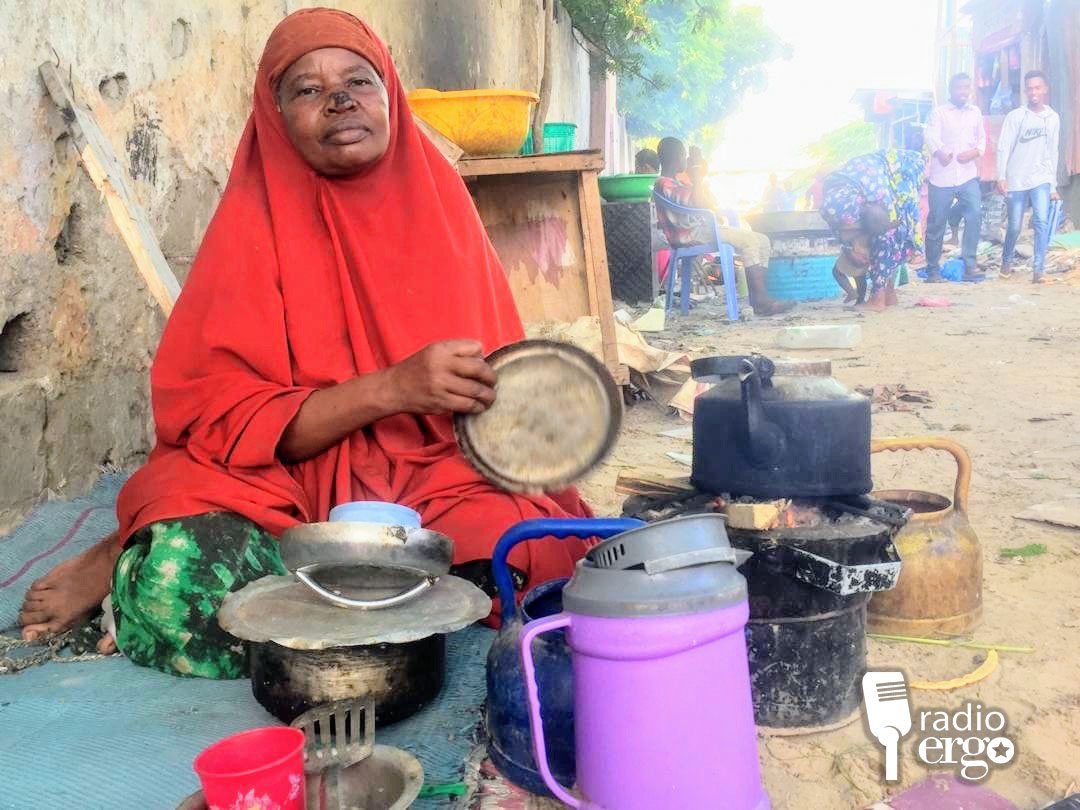 Addey Ali Axmed, a resident of Bulo-qaran camp in Mogadishu’s Hawl-wadag district, used to go around public squares in the city selling peanuts.

“I used to earn roughly $5 a day selling 100 to 150 packets of peanuts and that was enough to put food on the table, but in the last two months since this disease, there is no money,” she said.

Like many women living in the city’s crowded camps for internally displaced persons (IDPs), Addey’s life has become very difficult since the outbreak Coronavirus. She has no other source of support for her family.

Many IDP women rely on small income from working as maids in the city, doing tasks like carrying goods, cleaning, washing clothes, sweeping floors, and taking out the trash. Others used to sell pastries and sweets that they prepare at home.

Hawo Mohamed, a mother of eight, recently moved to Elwaq camp after the family was displaced by conflict in Jannale, Lower Shabelle. She told Radio Ergo that she used to make $5 to $10 doing domestic chores but the employers are now afraid that she may bring the virus to their homes. Some of her former employers are also affected by the economic downturn themselves and can no longer afford to hire a maid.

Hawo’s husband, who used to work as a porter, is also out of work. “We live on whatever we get from our fellow Muslims, our children are becoming increasingly malnourished,” she complained.

Abdirashid Hassan Sharmarke, a leader in Elwaq camp in Hodan district, which houses 150 displaced families, told Radio Ergo that the scarcity of small jobs has affected most of the camp residents. Many IDP households are finding it hard to survive, as men and women alike have been forced to became idle and unproductive, he said.

Director of the social services department of the Banadir Regional Authority, Muhyadin Mohamoud Abdullah, conceded that there is not much they can do for the IDPs, who are struggling due to Coronavirus and the torrential rains that have made their camps inhospitable.

“There is nothing specific that we have planned for the IDPs in these situations, but we may intervene if there is an emergency,” he said.