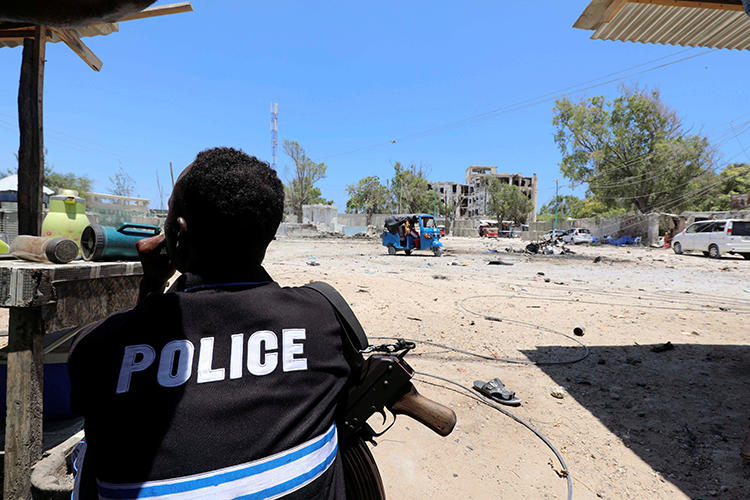 On December 19, police in Jowhar, the capital of Hirshabelle state, raided the privately owned City FM broadcaster, briefly detained seven of its staffers, confiscated the keys to the station’s office, and ordered it shut down indefinitely, according to the station’s owner, Abdishakur Abdullahi Ahmed, also known as Shaasha, who spoke to CPJ via messaging app.

“The shutdown of City FM and the detention of its staffers are transparent attempts to harass the press and keep journalists from doing their jobs,” said CPJ sub-Saharan Africa Representative Muthoki Mumo. “Somali authorities should allow City FM to resume broadcasting and provide guarantees that Abdishakur Abdullahi Ahmed and his colleagues can report the news without intimidation.”

On December 18, police visited the station and asked to see its license and its director,

Abdishakur told CPJ. Abdishakur said that officers then went to his home and told his wife that he was needed at the police station to answer questions. He said he went into hiding out of concern for his safety, and remains in an undisclosed location.

The raid stemmed from Abdishakur’s reporting alleging that the government in Hirshabelle had illegally confiscated land from locals, according to Abdishakur and the press rights groups’ statements. Those allegations were originally aired by local broadcaster CNA TV, where Abdishakur also works as a correspondent, and the journalist also shared clips from that broadcast on his Facebook page. At the time of publication, CPJ could not determine whether the clips in question were also aired on City FM.

Mohamed Hassan Kulmiye, the director general of the Hirshabelle Ministry of Information, told CPJ in a phone interview that regional authorities had summoned Abdishakur to answer questions regarding several reports that he shared on Facebook, including a report on a land conflict.

Mohamed said that the government shut down City FM after Abdishakur failed to appear to answer questions about the posts. He said that the process of lifting the ban can only begin after authorities are able to question Abdishakur.

CPJ called and texted Hirshabelle Regional President Mohamed Abdi Ware, but the call did not go through and he did not respond to the text messages.

In December 2017, Abdishakur was arrested on allegations of airing false news in connection to a critical report on the regional government, as CPJ reported at the time.