Somalia's national intelligence agency is accusing an unidentified foreign country of planning a truck bombing that killed at least 80 people in Mogadishu Saturday night. "We have submitted to the national leaders a preliminary report indicating that the massacre against... 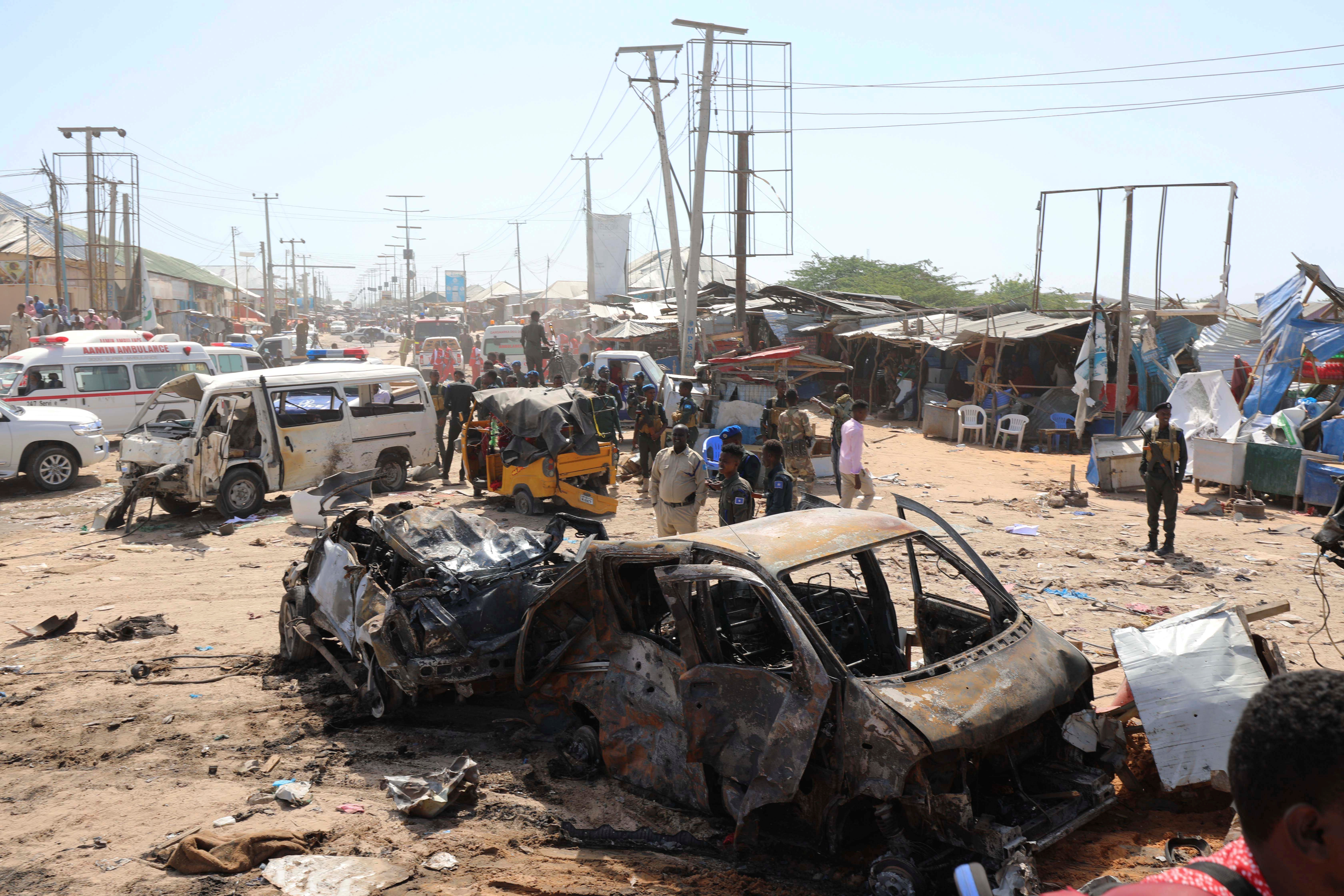 "We have submitted to the national leaders a preliminary report indicating that the massacre against the Somali people in Mogadishu on 28 December 2019 was planned by a foreign country," the National Intelligence and Security Agency of Somalia (NISA) said in a tweet Monday. "To complete the ongoing investigation we will seek cooperation from some of the international intelligence agencies."

NISA did not identify the country it accuses of involvement in the bombing, nor did it provide evidence backing up the claim.

The allegation appears to contradict earlier statements by the leaders of the federal government of Somalia. President Mohamed Abdullahi Farmajo on Saturday blamed al-Shabab, saying the militant group was bent on killing civilians and children.

People escort a person on a hospital bed to be airlifted to Turkey for treatment after Saturday's truck bomb blast in Mogadishu, Somalia, Dec. 29, 2019.Al-Shabab did not claim responsibility for the attack but analysts and other Somali leaders blame the extremists for the attack. The group also did not claim previous attacks including an Oct. 14, 2017, attack in which a truck bomb killed 587 people in Mogadishu. However, a court in Somalia convicted a known al-Shabab member for coordinating that attack. The man, who once served as the driver of the current al-Shabab leader, was convicted and executed last year.

Opposition politicians accused NISA of "misleading the public" with the latest accusation. Abdirahman Abdishakur of Wadajir Party wrote: "For the NISA to claim that a foreign country was behind the ex-control Afgoye attack... doesn’t only mislead the public & cover up the agency’s failure, but it also diverts blame from the terrorist. This is a clear cooperation" with al-Shabab.

For the NISA to claim that a foreign country was behind the ex-control Afgoye attack, in which Al-Shabab terrorist massacred 100 ppl, doesn’t only mislead the public & cover up the agency’s failure, but it also diverts blame from the terrorist. This is a clear cooperation with AS pic.twitter.com/2IR2sPaWai— Abdirahman Abdishakur (@AAbdishakur) December 30, 2019

Analyst Abdirashid Khalif Hashi said the government should not simply tweet out such an allegation without providing more information.

"NISA will have to give detailed information," he said. "This is a big news, the national leaders the president, the prime minister, the minister of national security; the parliament should hold a press conference and speak if other countries were behind this."

VOA Somali could not reach the Ministry of Security, which supervises the agency.

General Zakia Hussein, the deputy commander of police, told VOA Somali that the death toll stands at 80, but officials expect the final toll will be higher. On Sunday, a committee tasked with the support and recovery of the victims reported 22 people are still missing. Nearly 150 were injured in the attack at the busy Ex-Control junction.

A woman who was among 16 victims airlifted to Turkey for medical treatment on Sunday died shortly after arriving in Ankara, according to Gen Hussein. On Monday, Qatar also sent a military plane to evacuate 22 badly wounded victims to Doha.

Somali leaders applauded the two countries for sending medical equipment and airlifting those who could not be treated in the country.

Meanwhile, the United States conducted three new airstrikes in Somalia in apparent response to the bombing in Mogadishu. Two of the strikes killed two militants and destroyed two vehicles in Kunyo Barrow town. The third strike killed two militants in Aliyow Barrow village. Both locations are in Lower Shabelle region.

Security sources told VOA Somali that the individuals targeted were senior al-Shabab figures. This brings the number of airstrikes in Somalia this year to 63.