The Cabinet is expected to approve a Self-Defense Forces mission to the Middle East that will comprise a destroyer, patrol planes and 250 personnel as part 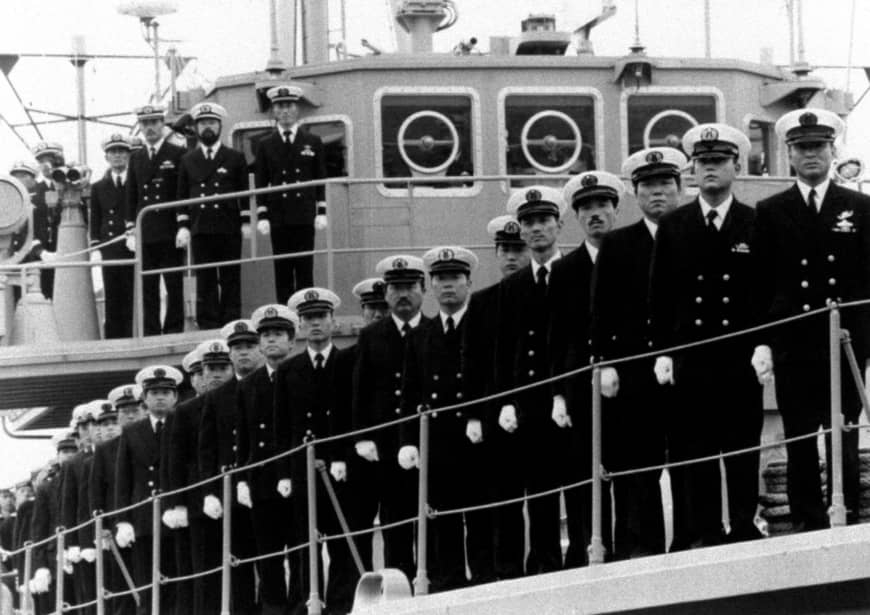 OSAKA – The Cabinet is expected to approve a Self-Defense Forces mission to the Middle East that will comprise a destroyer, patrol planes and 250 personnel as part of an intelligence-gathering operation.In addition, one of two P-3C maritime surveillance planes deployed at Japan’s base in Djibouti might be diverted for the mission.This mission, the government insists, will be independent of the actions being taken in the volatile area by the U.S.-led military coalition, which Japan was asked to join.Here, we look at the history and reasoning behind the controversial dispatch.Why do the Self-Defense Forces have a base in Djibouti?In 2009, following repeated incidents of piracy off Somalia, the European Union, NATO members, China, Australia and then Japan decided to deploy air and naval units to protect commercial shipping in the region, especially shipments related to oil and natural gas.The Cabinet Office estimates that nearly 18 percent of Japan’s export vehicles passed through the Gulf of Aden last year.Japan sent ships and aircraft to the region after enacting an anti-piracy law that year. The aircraft operated out of a United States naval base in Djibouti for two years. But in 2011, the Maritime Self-Defense Force established its own base nearby at a 12-hectare site. There are plans to expand it.Japan’s originally stated goal was to participate in anti-piracy operations. Since 2012, recorded attacks by Somali pirates have dropped from 237 to just three in 2018, according to the International Chamber of Commerce International Maritime Bureau.If that’s the case, is the base still needed?The government admits there has been a marked decrease in attacks but defends the African base’s continued presence by saying the underlying causes of the piracy have not been eradicated and that the raids could spike again.But critics say there is no need to increase SDF assets in the area.In a Nov. 28 article in The Japan Times, former Assistant Chief Cabinet Secretary Kyoji Yanagisawa, who was in charge of national security and crisis management under four prime ministers between 2004 and 2009, including Shinzo Abe — argued there was no need for additional deployments of SDF ships and planes for “research purposes,” which is how the government is justifying the latest dispatch, regarding maritime safety in the region.The Djibouti base would also be expected to serve as an evacuation point for Japanese in the area in case of a natural disaster or regional conflict. In 2017, after the SDF used the base to evacuate diplomats and other Japanese endangered by the civil war in South Sudan, rescue and evacuation drills were held.Finally, there is Japan’s geopolitical rivalry with China in the region. In 2017, China opened its own military base in Djibouti, not far from the Japanese and U.S. bases. That same year, then-Defense Minister Itsunori Onodera told reporters in Japan that it was expanding the Djibouti base to prevent it from being “negatively affected” by the presence of “another country.”The SDF were established in 1954, but when was the first overseas dispatch?After the end of the first Gulf War in 1991, Japan, under tremendous pressure from its U.S. ally, sent six minesweepers to the Persian Gulf after staying out of the U.S.-led coalition that drove Iraq out of Kuwait. The gesture was criticized as too little, too late, and sparked a domestic debate about the role of the SDF in overseas peacekeeping operations.Why did it take so long, and what changed in 1991?Since the end of World War II, legal interpretations of the Constitution’s war-renouncing Article 9 have prevented Japan from sending its defensive forces abroad. Strong anti-war sentiment across the political spectrum also made doing so a nonstarter among politicians, regardless of party.But with the fall of the Berlin Wall in 1989 and the end of the Cold War in 1991, a new order led by the U.S. was emerging, one in which it expected allies like Japan to do more.When did Japan change its laws and how many SDF dispatches have there been since?In 1992, a controversial international peacekeeping operations law was passed allowing the SDF to be dispatched, under the United Nations, to Cambodia, where they repaired roads. Since 1992, SDF troops have been involved with U.N. peacekeeping operations in Mozambique, El Salvador, East Timor, Nepal, the Golan Heights, Sudan, Haiti and South Sudan.How did Japan react to the 9/11 terror attacks in the U.S. and the March 2003 U.S. invasion of Iraq?In 2001, with memories of the criticism Tokyo faced after the 1991 Gulf War still relatively fresh, Japan sent MSDF destroyers and supply ships to the Indian Ocean to provide noncombat support for U.S.-led forces in Afghanistan.In 2003, under great pressure from America to contribute “boots on the ground” in Iraq, as then-U.S. Deputy Secretary of State Richard Armitage put it, Prime Minister Junichiro Koizumi passed the Iraq Special Measures Law not long after U.S. President George W. Bush declared the end of major combat operations, giving his infamous “mission accomplished” speech at a time when, in fact, the fighting and violence were far from over..GSDF and ASDF assets were sent to Iraq that year for humanitarian and relief operations.How does the public view the dispatches?A January 2018 survey by the Cabinet Office about the SDF showed 87 percent of respondents approved of the overseas activities, with support strongest among those in their 30s and 40s.At the same time, about 66 percent said the current level of activity should be maintained, while 20.6 percent supported expansion.On the other hand, a separate Cabinet Office survey last year on diplomacy included a section on international peacekeeping operations and humanitarian assistance in which the SDF was not mentioned by name. The results showed that 58.4 percent supported the current level of activity and 21.8 percent supported further expansion.Recent media polls, however, show opposition to certain types of SDF activity is still widespread. A survey by Kyodo News on Dec. 15 showed 51.5 percent of respondents opposed sending SDF personnel to the Mideast.

LATEST REFERENCE STORIESThe week ahead for Dec. 23 to Dec. 29Monday

Former Emperor Akihito to turn 86. The former emperor will mark his first birthday since he abdicated on April 30. He was succeeded by his eldest son, Emperor Naruhito, t...The week ahead for Dec. 16 to Dec. 22Monday

Senior trade officials from Japan and South Korea to hold talks in Tokyo on an export controls dispute. South Korea is expected to ask Japan to reverse its decision in Ju...