Mwalimu Chengo was sprayed with five bullets by Shabaab militants. 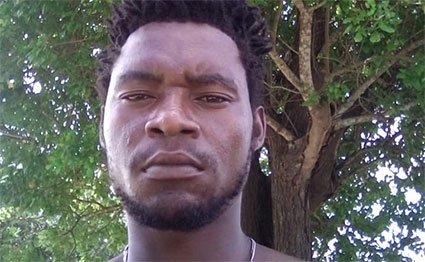 By NATION REPORTERMore by this Author

A Kenyan national was killed during the Sunday dawn terrorist attack on Manda-Magogoni military base on Manda Bay Island in Lamu, the Nation can reveal.Mwalimu Chengo was sprayed with five bullets by the militants in Magogoni, Hindi Ward, as they approached the camp.Multiple reliable sources, including government officials in Lamu, confirmed to the Nation that Chengo was killed by the militants as they advanced towards the Manda Airstrip through Hindi.SHABAAB ATTACKThe Nation exclusively reported that the unknown number of al-Shabaab militants gained entry into the airstrip through Chandavai in Hindi where they disconnected power before launching their attack.An administrator confirmed Chengo’s body was taken to Mpeketoni mortuary and was picked up by police officers later on Sunday.

His brother, Josephat Ponda, told the Nation that Chengo was working as a casual labourer at a farm in Hindi.“He has been working there as a shamba boy for quite some time. We spoke to his friend who saw the attackers who were in military uniform and he explained how he was shot,” said Mr Ponda.MOVE BODY TO KILIFIHe said plans to transport the body from Lamu to Kilifi County are under way.Hindi MCA Anab Haji also told the Nation that her office had received reports of the man’s killing.“My office received information that there is a body that was taken to Mpeketoni. We are following up the matter with the family,” said Ms Haji.The revelation comes even as the government denies that there were any casualties on the Kenyan side during the attack, that saw five American citizens at the camp dead. The camp houses US forces.US CASUALTIESThe United States Africa Command (Africom) said in a statement that three soldiers died and two Department of Defence members were nursing injuries.Africom Commander General Stephen Townsend said in a statement that the wounded were in a stable condition.In another statement, Africom revealed that a section of the base and equipment were destroyed by the militants.“Reports indicate that six contractor-operated civilian aircraft were damaged to some degree,” said the statement.AIRCRAFT DESTROYEDThe Nation understands that two aircraft and vehicles are among property damaged at the facility.But the Kenya Defence Forces (KDF), on its part, denied reports that there were any casualties on the Kenyan side -- both soldiers or civilians.On Monday, Interior Cabinet Secretary Fred Matiang’i reiterated that there were no Kenyan casualties as he vowed that the terrorists would be dealt with firmly.Meanwhile, KDF further said that the attackers were repulsed and five bodies of the militants were found afterwards.KDF STATEMENT“Following a military operation, five bodies of neutralised terrorists were recovered. Search for more is on-going. 1 PKM gun, 4 RPG launchers, 4 AK-47 rifles, 1 hand grenade and assorted ammunition were captured,” said KDF in a statement.The attack happened only four days after three people were killed and three others injured after suspected al-Shabaab militants ambushed and shot at a convoy of buses.The attack happened on January 2 at the notorious Nyongoro area along the Lamu-Mombasa road where the government later reported that KDF had killed four militants who had taken part in the attack, and captured one alive. Details were, however, not provided by the government.