Gov. Mike Parson refused to give in to hysteria last week when he announced that refugees would continue to be lawfully admitted into the state. 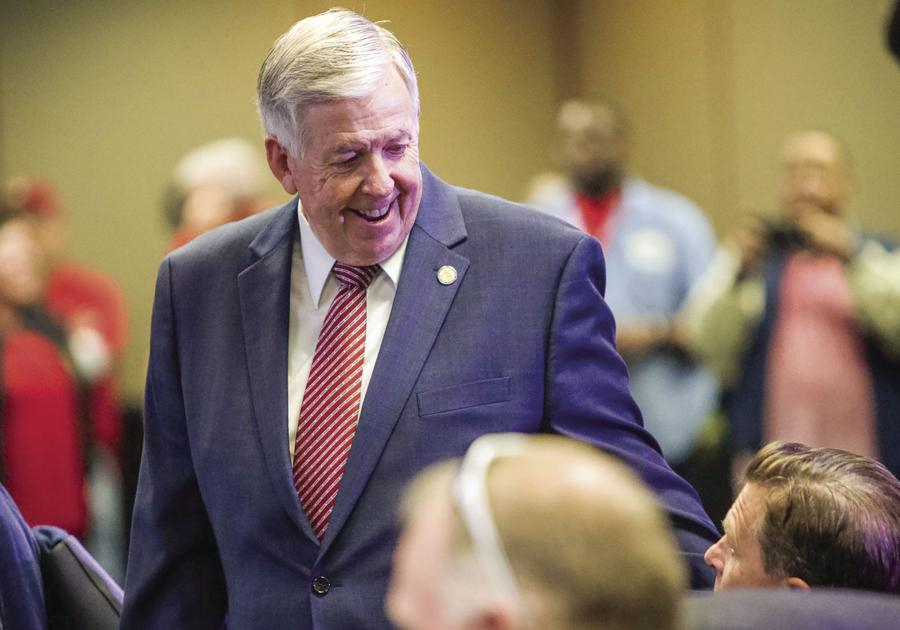 Gov. Mike Parson refused to give in to hysteria last week when he announced that refugees would continue to be lawfully admitted into the state.True, Parson’s New Year’s Eve statement had the air of a last-minute criminal pardon, something that was designed to get lost in the news cycle. It doesn’t have to be that way.Refugees are not illegal immigrants, nor are they terrorists. Amid bitter debate about a border wall, immigration hard-liners liked to say that they support those who attempt to enter this country through legal, open means. These refugees, from war-torn and dysfunctional countries, do just that.“Today, Missouri’s population includes thousands of refugees who have become vital members of our communities,” Parson wrote in a letter to U.S. Secretary of State Mike Pompeo.Concern about refugees reached a fever pitch after the 2015 terrorist attacks in Paris. President Donald Trump has attempted to limit refugee admissions and, for the first time, gave state governors the option to refuse to accept them. The U.S. will allow no more than 18,000 refugees into the country for the fiscal year, down from more than 100,000 at some points in the 1980s and 1990s.Parson, in agreeing to allow resettlement primarily in Kansas City, St. Louis, Springfield and Columbia, noted that Missouri has taken in 18,000 refugees from 45 countries since 2002. St. Louis has one of the world’s largest Bosnian populations.The governor’s decision makes sense from an economic standpoint, given the state’s low unemployment and lackluster population growth. He noted that resettlement agencies have successfully helped refugees integrate into communities in a way that boosts local economies, often through entrepreneurship.But there’s something else driving resettlement, something that’s core to America’s identity as the city on a hill. Refugees came from Indochina in the 1970s, the Soviet Union in the 1980s and Somalia, Cuba and Laos in the early 2000s.Today, refugees are most likely to come from the Democratic Republic of Congo, Burma, Ukraine, Eritrea and Afghanistan, according to Pew Research Center. About 79% of refugees in 2019 were Christians.Parson told Pompeo that Missouri’s acceptance of refugees continues a tradition that dates back to the earliest “explorers, fur traders and missionaries” in these parts.For those of us in St. Joseph, this brings up memories of a certain French-speaking fur trader who established an outpost at Blacksnake Hills. Joseph Robidoux wasn’t a refugee, but surely he dreamed of a better life in new lands, just like today’s Bosnians or Africans.