Pentagon says U.S. will not pull out all its forces from Africa 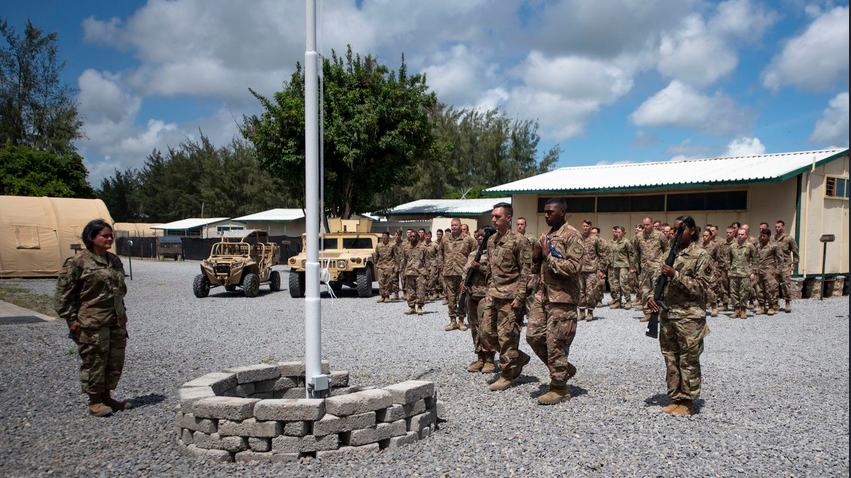 U.S. Defense Secretary Mark Esper said on Thursday the United States would not be removing all its forces from Africa, as he carries out a global troop review meant to free up more resources to address challenges from other military powers across the world."We are not going to totally withdraw forces from Africa... I know that is the concern of many folks, but again I would say that no decisions have been made yet, this is a process," Esper said.Esper is spearheading the review.

The U.S. currently has around 6,000 military personnel in Africa, and the possibility of cuts has alarmed France, which relies on U.S. intelligence and logistics for its military operation in the Sahel.The Sahel region, one of the most volatile and impoverished regions in the world, is beset by growing threats of terrorism. Infamous terrorist organizations such as Al-Qaeda in the Islamic Maghreb (AQIM) and Boko Haram, ISIL in West Africa, have been actively operating throughout and beyond the region. Seen as a security belt preventing insurgencies from infiltrating further north, the Sahel region has been receiving an array of aids from North African states and the West to help fight terrorism.

France, the country that stands out in investing resources in the region, currently has more than 4,000 troops deployed there. The French military presence is in accordance with Operation Barkhane, a joint counterterrorism operation formed with the G5 Sahel states.

In this file photo taken on April 16, 2018, a U.S. and Niger flag are raised side by side at the base camp for air forces and other personnel supporting the construction of Niger Air Base 201 in Agadez, Niger. /AP Photo

In this file photo taken on April 16, 2018, a U.S. and Niger flag are raised side by side at the base camp for air forces and other personnel supporting the construction of Niger Air Base 201 in Agadez, Niger. /AP Photo

The deaths of 13 French soldiers in a helicopter crash during a combat mission in Mali in November increased France's determination to secure more support in the zone.During a visit to the Pentagon this week, French Defense Minister Florence Parly said she warned Esper that joint counterterrorism efforts in West Africa would be harmed by cuts to U.S. military assistance.

In a congressional hearing on Thursday, the head of U.S. Africa Command said withdrawing support from France in Sahel precipitously would mean that efforts against militant groups would "not go in a good direction."General Stephen Townsend said he believed the review being undertaken by Esper could reduce the number of tasks that U.S. forces in Africa need to carry out.Partial U.S.

military removal from Africa could also affect other regions in the continent, specifically in the Horn of Africa, where Somali and its neighboring states' forces are still pushing to clear out the remaining al-Qaeda-allianged al-Shabaab militants.

Italian and Somali security forces are seen near armoured vehicles at the scene of an attack on an Italian military convoy in Mogadishu, Somalia, September 30, 2019. /Reuters Photo

Italian and Somali security forces are seen near armoured vehicles at the scene of an attack on an Italian military convoy in Mogadishu, Somalia, September 30, 2019. /Reuters Photo

This month, al-Shabaab in Somalia killed three Americans – one U.S. military service member and two contractors – during an attack on a military base in Kenya used by U.S. and Kenyan forces.Townsend said the forces were inadequately prepared for the attack and the military was looking into why that was the case.

He added that intelligence suggested Iranian and Iranian-backed forces were looking at opportunities to strike back at the United States after the killing of Iranian General Qassem Soleimani and one of those places could be in Africa.(With input from Reuters)