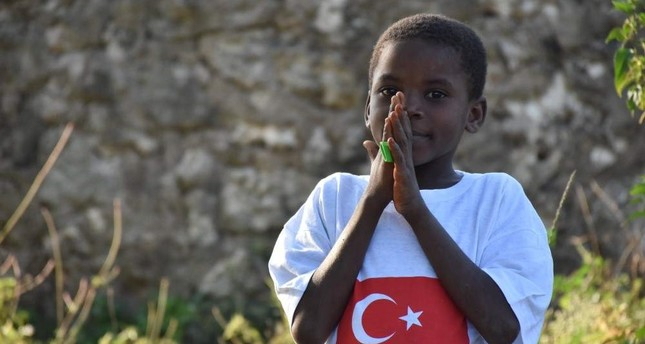 Turkey's multidimensional foreign policy has led it to seek cooperation and open itself to previously neglected regions, one of which is the African continent, which is close both geographically and in terms of historic relations. Turkey's political and strategic partnership with the continent has manifested itself best in the cases of long-term cooperation with Somalia and recently Libya this year.

Turkey's foreign policy had been long determined with its relations to Europe and the Middle East, even though it has deep historical ties with the continent. Having a strong relationship during the Ottoman Empire period, Turkey has strived to keep up these ties even though weakened after the fall of the empire. The foundational stones of Turkey's African policy in the new Republic, however, were laid in 1998, during the time of then-Foreign Minister İsmail Cem. Yet, the actual jump can be said to have been made in 2005, which was also declared as the "Year of Africa" by Ankara, and Turkey was accorded observer status by the Africa Union the same year, under the then-prime minister, President Recep Tayyip Erdoğan's leadership. Accordingly, the successfully conducted initiative to Africa has given way to the Africa Cooperation Policy in 2013.

Speaking to Daily Sabah, Muhammed Tandoğan, an academic at Istanbul Medeniyet University pointed out that "Following the AK Party period, Turkey's relations with the continent have lived their 'golden years.' During this period, relations substantially gained momentum. The trade volume between Ankara and Africa, the striking increase in the number of reciprocal embassies, two big summits, official visits that gained frequency, the level of foreign aid, the fact that Turkey's private sector's interests shifted towards the continent, students coming from Africa and studying in Turkey with scholarships are some of the most obvious examples of the development of relations." Within the 21st century, Turkey has been determined in existing as an old acquaintance and new ally in the global competition while rebuilding its presence in Africa, where it established a state several centuries before establishing a state in Anatolia, Tandoğan added.

Turkey is sharing its own historical experience, its social, political and cultural savings, its resources and means with African governments and people within the principle of "African solutions to African problem," and on the basis of mutual benefit. While the number of embassies in Africa was only 12 in 2002, it increased to 42 in 2019. African countries, on the other hand, currently have 36 embassies in Ankara with Zimbabwe opening its Ankara Embassy in October this year, showing that Africa also has an interest in enhancing relations. Moreover, President Erdoğan has visited 27 African countries, which includes visits while he was prime minister which constitutes half of the countries found on the vast continent.Turkey helps Africa reach its potential

"Turkey's goal is for Africa to reach the level of other continent's countries without suppressing their future. Turkey displays a stance that does not prioritize its own interests in its approaches toward the countries of the continent. It does not present the winning side but rather the side that wins while enabling the other side also to win," Kavas stated on Turkey's general approach toward the continent.

In the current global system, states try to establish influence in global politics through enhancing their diplomatic channels. Yet, colonialism and slavery conducted by the West on Africa have left deep traces on the continent. "The bitter experiences of colonialism and the Cold War period, still have a place in the collective memory of the African people. Therefore, the efforts of the former colonialists and cold war parties to expand their influence on the continent are approached with suspicion and claimed to be new-colonialist practices," Tandoğan stated. Turkey, on the other side, does not suffer from this negative image as it never tended toward colonialist practices of oppression and is on the contrary well-received.

Somalia is one of the best examples reflecting Turkey's Africa policy which is based on mutual help and humanitarian values. Following Erdoğan's visit in 2011, as the prime minister at the time, the Somalian agenda for Ankara had become particularly busy. In line with the political engagement, the Turkish public has also paid particular attention to Somali as a destination for humanitarian help. In recent years, Turkey began operating a hospital in Somalia, as well as other educational facilities, while TİKA runs educational, agriculture, infrastructure and water management projects across the country. President Erdoğan has visited Mogadishu twice since his visit to the war-ravaged country in 2011. He was the first non-African leader to visit the war-ravaged country in 20 years. Turkey also opened its largest overseas military training base in the Somali capital of Mogadishu, a move that would contribute to the security training of the country and also Turkey's strategic presence in East Africa. By this means, Turkey aims to restore the country's army, helping the people to re-establish their security.

"Turkey's approach toward Somalia was not only appreciated on the continent but also in the international arena. Apart from Egypt's political stance in recent years, Turkey has direct contact with all countries, not focusing on one region. Especially the Government of National Accord (GNA) in Libya has been put off for years. Turkey's determination in this manner will seriously affect new developments," Kavas stated. Turkey has entered a cooperation with Libya's official U.N.-recognized government to help it against dictator Haftar, who vowed to seize the capital Tripoli. Signing a deal on providing military training and equipment, Turkey also underlined that the deployment of troops would also be considered if the GNA makes a formal request, to restore peace and stability in the war-torn country.Knowledge of Africa essential

Apart from political and economic initiatives, Turkey has expanded its activities on the continent through institutions such as the Turkish Cooperation and Coordination Agency (TİKA), the Disaster and Emergency Management Authority (AFAD), the Yunus Emre Institute, the Maarif Foundation and Turkish Airlines. TİKA is carrying out its activities in 22 program coordination offices throughout the continent and with the help of these offices, technical assistance is provided to African countries. Furthermore, African students receiving scholarships of the Presidency for Turks Abroad and Related Communities (YTB) in various fields, can be an opportunity for Turkey.

"While it was once only possible to get knowledge on the continent through readings, Turkey has now thousands of people in Africa. Turkey's new vision on the continent is that it has a lot to do, while this is defined through current academic works, news in the Western media comparing Turkey to other countries with bad intentions are also a sign that Turkey is on the right path," Kavas added.

Turkey will hold the third Turkey-Africa Cooperation Summit in Istanbul in 2020 with the participation of representatives of 54 African countries. In the upcoming year, Ankara is determined to enhance diplomatic, cultural, economic and trade relations, according to the 11th development plan.

According to the Trade Ministry, Turkey's trade volume with Africa has risen 7.7% in the first 11 months of the year, reaching $22.9 billion.

Trade Minister Ruhsar Pekcan had said "2020 looks like it is going to be the year of Africa for us," during the announcement of the development plan in August, which clearly shows that Africa will be on Ankara's top agenda, leading to further relations with the continent.

Regarding all of the developments in relations in recent decades, it can be said that Turkey takes solid steps towards expanding its influence on the continent. Saying that Africa has all kinds of resources yet seems to be dependent on foreign powers to make use of them, Tandoğan said.

"Unfortunately this situation is being abused by countries such as the U.S. and China, the continent's countries are continued to be colonialized with modern techniques, we can say. In this manner, the best Turkey can do is transfer its experience and available technology to these countries."