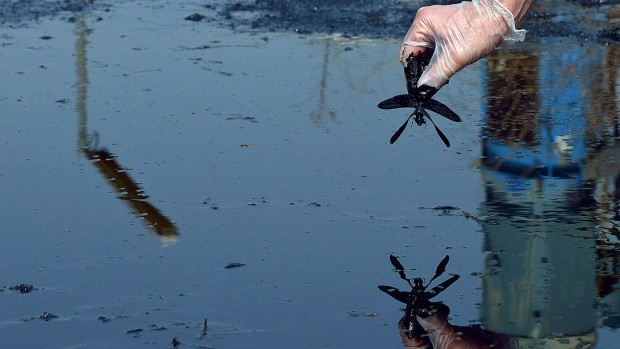 A human-rights group in South Sudan is seeking an injunction to stop companies including China Petroleum Corp. and Petroliam Nasional Bhd. exporting oil -- the lifeblood of the nation’s war-ravaged economy.

The group, Hope for Humanity Africa, filed a case with the East African Court of Justice earlier this month requesting a halt to crude exploration and shipments, according to the petitioner’s lawyer, Wani Santino Jada. The injunction is being sought pending a ruling on an April 27 suit demanding $720 million compensation for affected communities from the companies and the government for pollution in the oil-producing Unity and Upper Nile states.

Vast tracts of crop and grazing land have been polluted, endangering the lives and livelihood of hundreds of thousands of people, Jada said June 10.

“There are too many oil spills in South Sudan that have covered over 200,000 square meters,” he said by phone from Dar es Salaam, the commercial capital of Tanzania. “What is taking place is an environmental genocide in South Sudan.”

South Sudan pumps about 126,000 barrels per day of oil that it’s relying on to rebuild an economy shattered by more than five years of conflict in which almost 400,000 people died and 4 million more were forced to flee their homes. CNPC, Petronas and Oil & Natural Gas Corp. of India are among the main operators of oil blocks in the country, which has sub-Saharan Africa’s third-largest reserves.

A CNPC spokesman declined to comment on the company’s South Sudan operations. Petronas’s spokesman in the country didn’t respond to emails and text messages seeking comment, and ONGC’s country manager, Suresh Kumar Batra, referred requests for comment to the government.

“We are aware of the lawsuit in East Africa and we are also advancing the environmental audit that we initiated last year,” Awow Daniel Chuang, undersecretary in the petroleum ministry, said Monday in response to questions sent by text message. “This is a process, not an event.”

Separately, about 100 South Sudanese oil workers staged a strike on Monday over poor working conditions, according to a union leader, Philip Mamun Chap. Output could be affected if workers refuse to fix any breakdowns that emerge during the strike, according to Chap.