The 'Somali Dervish' is a masterpiece by eminent Somali poet, playwright and film-maker Said Salah Ahmed 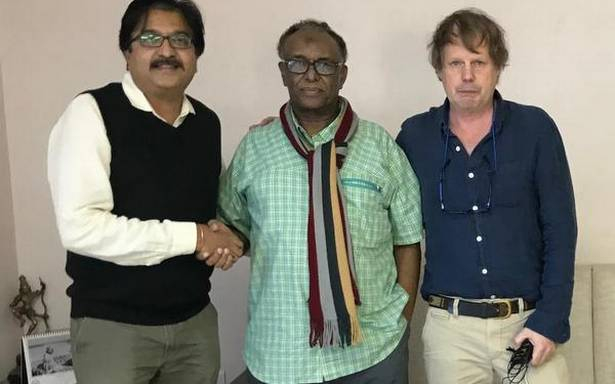 In a fortuitous discovery of great import to the preservation of African cinematic heritage, the negatives of an epic Somali film thought to have been lost were ‘discovered’ in the vaults of the Pune-based National Film Archive of India (NFAI).The Somali Dervish, a four-hour-long 1985 masterpiece by eminent Somali poet, playwright and film-maker Said Salah Ahmed, chronicles the revolutionary Somali Dervish movement under the leadership of the legendary anti-colonial fighter Mohamed Abdullah Hassan, revered as the ‘Father of Somali Nationalism’ and known by the sobriquet ‘Mad Mullah’.It chronicles Hassan’s two-decade struggle against British colonialism in the late 19th and early 20th centuries till his death in 1920.Shooting of the 280-minute film (also known as The Somalia Dervishes) began in 1983 and was completed in 1985. It was produced by an Indian company. The film was edited and processed in the now-defunct Bombay Lab in Mumbai. In fact, the film is believed to be the only feature-length narrative motion picture produced in the country as Somalia’s cinematic heritage was buried under the ravages of a bitter civil war which commenced in the 1980s.“The importance of the ‘discovery’ of this film in the NFAI vaults is hard to overstate given that there is precious little information on Somali film heritage,” said Prakash Magdum, Director, NFAI, speaking to The Hindu.Mr. Ahmed, who moved to Minnesota in the United States as the Somali Civil War raged across his country in the 1980s, had last seen the film in 1985 in Abu Dhabi, after which it was considered ‘lost’.Subsequently, he had made a string of inquiries in film archives across the globe, including the Washington-based Library of Congress and film vaults in Paris.After despairing of finding a print or negatives of his debut feature film, Mr. Ahmed was speechless on learning that the NFAI did have the negatives.“I am so emotional today that I have no words to express my joy and happiness on finding these film reels at the NFAI. It is like finding your own child back after so many years,” said the 74-year-old Mr. Ahmed, following his visit to the NFAI on Thursday where Mr. Magdum, along with Ujwal Nirgudkar, consultant, NFAI, handed over the reels to him.Given its ‘hard-to-find’ status, The Somali Dervish acquired an aura of mystique among African cinephiles, with the film being mentioned in the same breath as Gillo Pontecorvo’s Battle of Algiers (1965) and Daniel Denis’ Jamila (2011) as being among the very best in the African film canon. “This was my first film and it is very special because the film is a documentation of revolutionary Somali Dervish Movement under the leadership of Mohamed Abdullah Hassan, who is revered by the Somalis as a national hero. There is not a single print of my film available anywhere in the world and I am truly grateful to NFAI for having preserved the film,” Mr. Ahmed said.In July, the NFAI Director received a query from Mark Brecke, an award-winning film-maker and photographer with a particular focus on the ravages of war, ethnic strife and genocide.“Mr. Brecke was working on a documentary titled Somalia In the Picture on the lost heritage of Somali Cinema. So, Mumbai-based Mauli Singh, who is the field producer of the documentary, visited us in the hope whether we might have any traces of Mr. Ahmed’s epic film. We duly undertook a database search, and to our delight, found negatives of two Somali films,” Mr. Magdum said.The story of the making of this ‘lost’ epic is equally fascinating: Mr. Ahmed, a man of parts, was a biology teacher and served as Director of Social Services at the Ministry of Education when he was embarked on his ambitious debut enterprise in 1983, marshalling a cast of thousands, which included Somali villagers, international aid works and Sheikh Osman Omar — a descendant of Hassan to star in the film.Its sweeping battle sequences invite favourable comparison with another anti-colonial African desert epic Lion of the Desert (1981), starring Anthony Quinn and chronicling the struggle of Omar Mukhtar against Italian colonialism in 1920s Libya. The Somali Dervish begins in the 1920s after the crushing of the Dervish revolt, with an aged Somali fighter recounting the tale of Hassan and his struggle with the British colonists in flashback.Prior to the shooting of the film, Mr. Ahmed conducted extensive research, including interviews with former Dervish fighters.“It was an overwhelmingly emotional moment for him. In many ways, it had all the essence of a lost and found story of a typical Indian film, replete with a happy ending in the NFAI vaults,” said Mr. Magdum, remarking that India’s premier film archive was thrilled that a rare Somalian film, so vital to the strife-torn country’s history, had been found in the NFAI collection.Speaking on the film negatives, Mr. Magdum said that around 28 reels of the 35 mm film were deposited in the NFAI several years back after the Bombay Lab closed down.Another Somali film, an hour-long documentary titled A future for Somalia (1978), too, was found in the NFAI vaults during the search for The Somali Dervish, he said.“I have been working on a film project on Somali cinema and filming the remains of the Somali film industry and cinemas. The project is supported by UNESCO and the African Union Mission in Somalia (AMISOM). Finding this prestigious feature film in NFAI has been the most incredible story on Somali cinema. The fact that NFAI houses two Somali films is a testament to the commitment the institution has to preserve and sustain the cinematic arts,” said Mr. Brecke.