Sailors and Royal Marines spotted a "suspicious" ship during a patrol in the Arabian Sea. 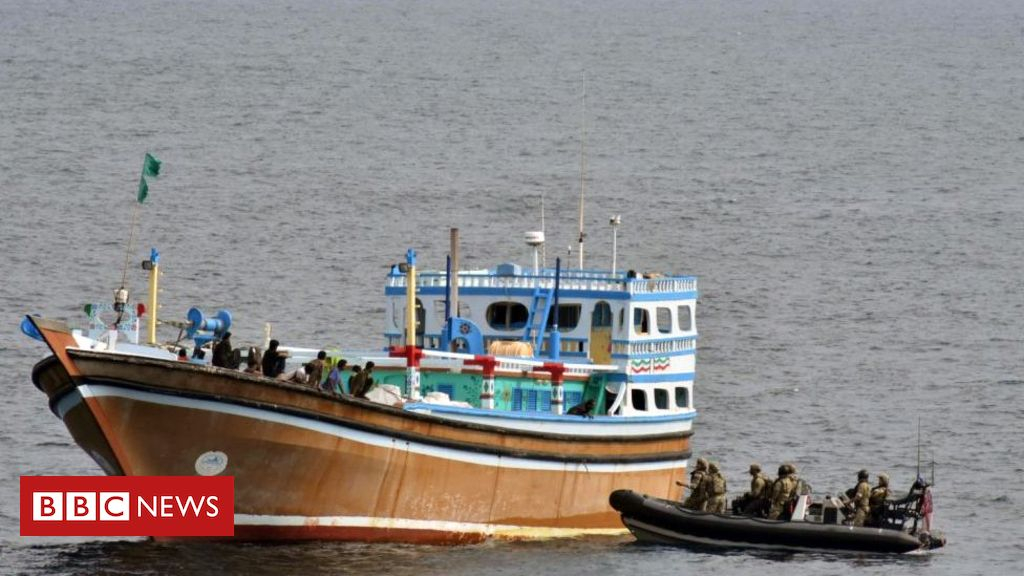 The dhow was spotted by Sailors and Royal Marines

The Royal Navy says it has seized 11 "mailbag-sized" sacks of crystal meth in the Middle East, worth an estimated £3.3m.HMS Defender spotted the "suspicious" ship while patrolling the Arabian Sea for smugglers and traffickers.Sailors and Royal Marines boarded the ship, and found a total haul of 131kg.HMS Defender's commanding officer said he was "proud" they had seized a "significant quantity" of drugs that could have potentially reached the UK.Cdr Richard Hewitt added: "This has been a real boost for the ship's company as they face Christmas away from their loved ones."The Navy said the drugs contained in the bags would have had an estimated street value of £3.3m in the UK.

HMS Defender has been deployed to the Middle East since August

The Portsmouth-based warship HMS Defender carried out the day-long search of the boat - a dhow - after being alerted by the destroyer's helicopter.The Navy said the Wildcat helicopter discovered a solo ship without a flying flag and could not find evidence it was carrying out fishing. That prompted the destroyer to investigate, sending Royal Marines to secure the ship and its crew.HMS Defender is one of more than a dozen British warships, submarines and Royal Fleet Auxiliary support vessels on duty over the Christmas period.The vessel has been deployed to the Middle East since August, safeguarding merchant shipping entering and leaving the Gulf through the Strait of Hormuz.The Ministry of Defence said about 11,000 troops are involved in operations in more than 30 countries across the world over the Christmas period.They include personnel serving in Somalia, South Sudan, Estonia, Afghanistan, the Falkland Islands and the Caribbean.Defence Secretary Ben Wallace said: "Over the festive period we should all take a moment to be grateful for the selflessness of our armed forces personnel and their families at this time of year."