Officials warned the death toll could increase further as many people being treated in hospital have serious injuries. 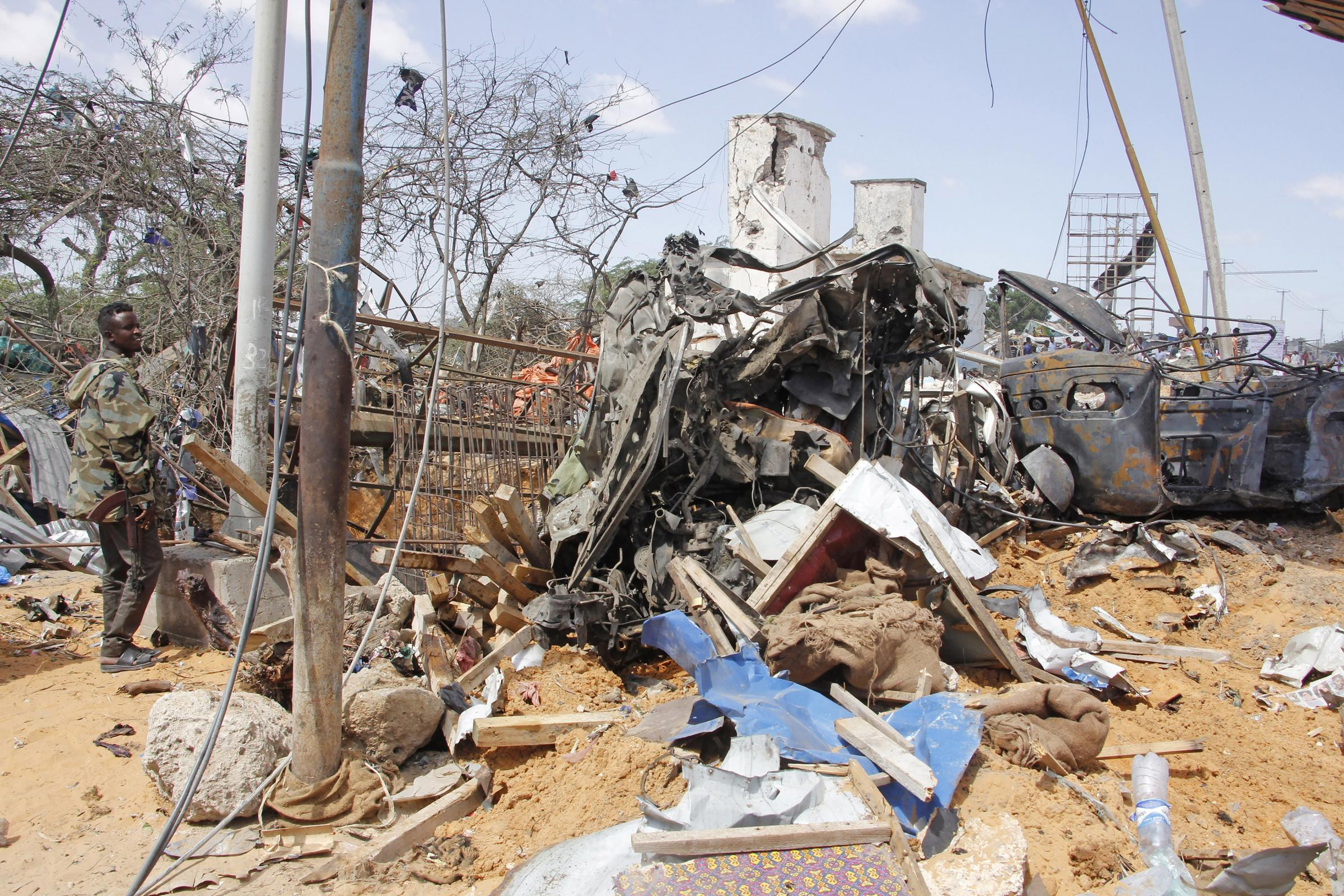 At least 76 people have been killed in a truck bomb blast at a busy security check-point in Somalia’s capital.It was one of the deadliest attacks in Mogadishu in recent memory, and witnesses said its force reminded them of the devastating 2017 bombing in the city that killed hundreds.Police said the blast targeted a tax collection centre during the Saturday morning rush-hour as Somalians returned to work after their weekend.Government spokesman Ismail Mukhtar said the death toll could yet increase further as more than 50 people injured in the incident, some seriously, are being treated in hospital.Most of those killed were university and other students returning to class, mayor Omar Mohamud Mohamed said at the scene. Police said two Turkish brothers were among those killed.Witness Mohamed Abdi Hakim said: “I saw many dead bodies lying on the ground. Some of those dead were police officers, but most of them were students.”The force of the blast left nearby homes and shops destroyed (Farah Abdi Warsame/AP)Photos from the scene showed the mangled frames of vehicles, with a large black plume of smoke rising into the sky above.No group has yet said it was behind the blast.Al Qaida-linked al-Shabab often carries out such attacks. The extremist group was pushed out of Mogadishu several years ago but continues to target high-profile areas such as checkpoints and hotels in the city.Al-Shabab was blamed for a devastating truck bombing in Mogadishu in October 2017 that killed more than 500 people, though the group never claimed responsibility for the blast. Some analysts said al-Shabab did not dare claim credit as its strategy of trying to sway public opinion by exposing government weakness had badly backfired.A man injured in the attack is rushed to hospital on a stretcher (Farah Abdi Warsameh/AP)Abdurrahman Yusuf, another witness to Saturday’s attack, said: “This explosion is similar to the one… in 2017. This one occurred just a few steps away from where I am and it knocked me on the ground from its force. I have never seen such an explosion in my entire life.”The attack again raises concern about the readiness of Somali forces to take over responsibility for the Horn of Africa country’s security in the coming months from an African Union force.Al-Shabab, the target of a growing number of US air strikes since President Donald Trump took office, controls parts of Somalia’s southern and central regions. It funds itself with a “taxation” system that experts describe as extortion of businesses and travellers that brings in millions of dollars a year.