Land given to displaced Somali families in Burao 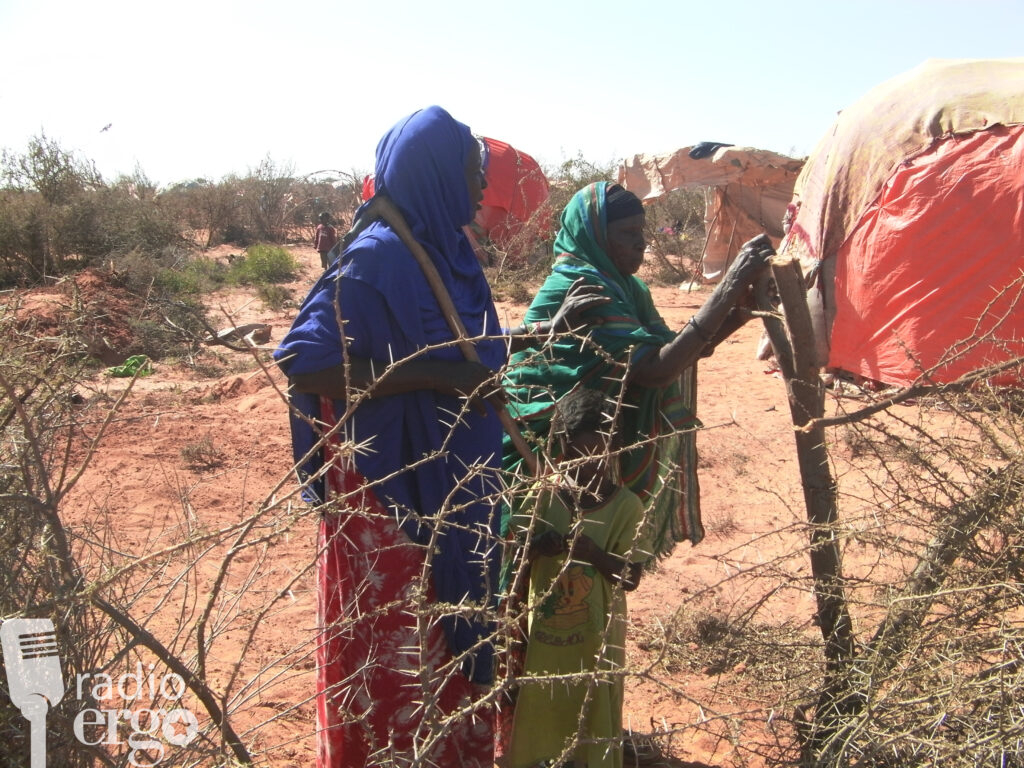 The municipal authority in the northern town of Burao, Somaliland, has provided title deeds to 450 internally displaced families, who have been living as squatters near the airport for the past three years.

The municipality has given each family a plot measuring 12 x 12 metres on which to build their own makeshift structures. It also arranged free transport to move the families to the new settlement.

Awil Ali Mohamed, the IDP camp leader and spokesperson, told Radio Ergo they are very happy with their new location, known as Kur-libah.

“It’s like the difference between day and night! We were under constant threat of eviction by private landowners before, but now we ourselves are the landowners,” he said.

Awil is an IDP from Hayira, 75 km away. He came to Burao after losing his entire herd of 120 goats in the 2016 drought. Since then he was living as a squatter. He said he is confident that the authorities will support them fully as regular residents of the town.

“The municipality has informed us that they will provide all the basic services we need, including security, education, and health services,” he said.

Anab Nur Farah, a mother of nine children, told Radio Ergo that although she is glad to have her own land, Kur-libah is about six km from the town and transport is costly. A bajaj or tuk-tuk ride costs half a dollar, which is unaffordable, so they are forced to walk.

“The distance is certainly a challenge, but as long as we have our own lands, we are happy,” she said.

The IDP families settled at Kur-libah get support from humanitarian agencies including Action Aid and World Vision. They receive a monthly cash allowance of $70 for basic needs while the municipality provides water.

Anab gets additional support from her husband, who send 500,000 Somaliland shillings ($58.8) every month from his salary as a soldier in the Somaliland military.  Anab uses it to buy a goat, which she slaughters to sell for meat.  The extra 30,000 shillings she makes a day caters for the needs of her nine children.

Anab, who is from Ainabo locality in Sool region, 120 km from Burao, was displaced by the 2016 drought, in which her family lost 300 goats and three camels.

Kur-libah settlement is a green area, which offers some welcome nearby grazing for those who have some remaining animals.

“Now that we have provided the IDPs with their own land, we expect humanitarian agencies and responsible businesses that want to help them to come in and build the permanent service structures they need. We will continue to provide them with water and gradually institute other basics like health and education services,” he said.

“We have implemented a cash disbursement project with a local bank, where we distributed $70 to the 450 IDP families and they still have the cards with their identification details,” he said.

Aside from the settled families, there are other IDPs still scattered around the town, including an estimated 300 families living near the University of Burao. Most of them were displaced from Odwein, Duruqsi and Haji Salah localities in Togdher region.  In addition, there are 250 families who were displaced from Baliweyn localities, including War’ibran, Dabaqad and Shansha-ade, also in Togdher region.

All of them are hoping the local authorities will provide them with permanent settlements.