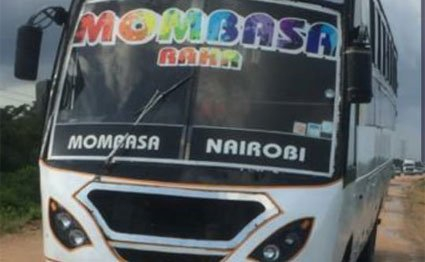 More travel restrictions on the Lamu-Mombasa route are in the offing as security officials convened an urgent meeting with local transport stakeholders following Sunday's al-Shabaab attack.The Monday meeting to address the security situation also comes amid increased terrorist attacks by militants targeting motor vehicles.Speaking to journalists in Lamu, County Commissioner Irungu Macharia said the government was forced back to the drawing board to find a more effective approach that will ensure safety of passengers and other road users on the Lamu-Mombasa route.According to Mr Macharia, users of the key road should expect major changes soon.“We have organised a meeting this morning where the security team will be meeting all stakeholders in the transport sector, particularly those plying the Lamu-Mombasa route. So far security has been intensified on the road but there is a need for the road users to be encouraged to adhere to any new restrictions that they will experience on the road. All this is done to ensure safety of the travellers,” said Mr Macharia.He said security officers have already been deployed to various parts of Lamu to ensure safety of citizens and their property.

Mr Macharia said that they have also increased patrols on the route.Among those to attend the meeting include bus and shuttle company owners as well as lorry and truck drivers.The County Commissioner stressed the need for passenger buses going to or leaving Lamu County to stick to police-secured convoys at all times in order to avert any risks.“As we meet the stakeholders, we will be insisting on them to adhere to movement restrictions, including travelling in a convoy escorted by police. There should be no evasion of escorts. We have a full escort schedule in place and all vehicle owners must observe the prescribed procedure and any other restrictions coming their way,” said Mr Macharia.On Thursday last week, three people were killed while three others were injured when a group of heavily armed al-Shabaab militants ambushed a convoy of buses headed to Lamu from Mombasa.Three hours later the same day, the security department announced it had killed four Shabaab militants and captured one alive. The latest attack at dawn on Sunday saw heavily armed Shabaab militants invade a military outpost shared by Kenyan and American soldiers at Manda Bay, Lamu County.