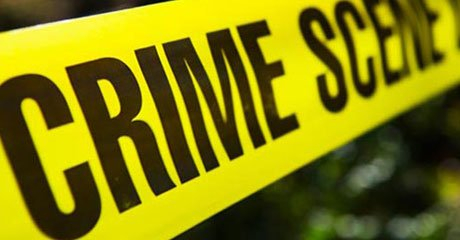 By ANDREW BAGALAA prime terror suspect of the al-Shabaab militants has escaped from police detention.It is alleged that Abdul Kadir Mohamed Mohamud Sandir and five other Somali nationals had plotted to carry out terror attacks at Parliament, Oasis Mall, Makerere University and two other key sites in Kampala city centre in 2014.According to a highly placed police source, who preferred anonymity, Sandir escaped from police custody 10 days ago.

Police had been keeping Sandir in a secret state facility within the city since he was re-arrested in 2018 after the High Court dismissed the terror charges against him and his co-accused. The source said a manhunt for Sandir had been launched and investigations on how he escaped from the guarded security facility were ongoing.

The source declined to disclose the facility which Sandir escaped from.The deputy police spokesperson, Ms Polly Namaye, declined to comment on the incident.

“I cannot comment on that. I do not have any information about it,” Ms Namaye told Daily Monitor yesterday.Police detectives privy to the case said a team of intelligence officers from different countries tracked Sandir and his colleagues from Somalia where they were accused of carrying out a terror attack on a police station in the Somali capital Mogadishu.

It is alleged that the suspects fled to Kenya where they stayed for some time without being detected by the local authorities.They later travelled to Uganda to carry out a terror attack at targeted sites; Parliament, Oasis Mall and a hospital in the Kololo suburb.

Ugandan troops, under the African Union Mission for Somalia, have been battling the Islamist militants since 2007. With the help of the United States, the Uganda police tracked the suspects to a hotel in the Somali community-dominated Kisenyi slum in Kampala where they were arrested.

Security agencies recovered suicide vests and explosives in their rooms.At least 19 suspects were arrested, but upon screening, 10, including two women, were taken to court, charged and remanded.

However, during regular interrogation by police detectives at Kigo Prison, Sandir allegedly admitted the terror plot. He was then isolated from his co-suspects and taken to a separate room.

Later, the Director of Public Prosecutions dropped the terror charges against Sandir’s four co-accused, including two women. However, the state deported them to Somalia but Sandir and five others remained in prison.

BackgroundIn 2018, court also dismissed the charges against Abdul Sandir and the five co-accused and set them free. However, they were re-arrested by police at the court entrance. They were never taken back to court for fresh charging. Their lawyer yesterday said the five were later deported to Somalia, but Sandir remained under Uganda police custody until he escaped a few days ago.