In 2019, Switzerland deported those with Italian mafia or jihadist links

Switzerland witnessed its first deportations over links to the Italian mafia in 2019. It also conducted extensive security screenings for nearly ... 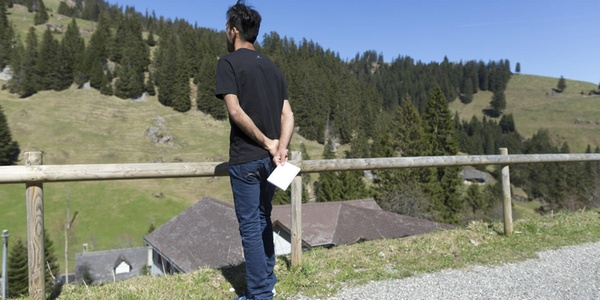 Switzerland witnessed its first deportations over links to the Italian mafia in 2019. It also conducted extensive security screenings for nearly 2,000 asylum seekers, according to official figures cited by the Sunday press.In 2019, Switzerland’s Federal Office of Policeexternal link (Fedpol) ordered the deportation of four men from Switzerland in order to guarantee the country's internal and external security, the German-language weekly NZZ am Sonntag external linkreports.In a first for Switzerland, two of these men were expelled because of their alleged membership in the Italian mafia. The other two were deported on suspicion of terrorism, according to the same source. Since 2016, Fedpol has ordered the expulsion of 23 people under an article of the Federal Act on Foreign Nationals and Integration.external linkThese removal decisions are based on suspicion and require no prior conviction. However, removing the person in question is not always possible.  For example, six people, among them five Iraqis, remain in Switzerland due the principle that no one may be returned to a state in which he or she risks torture or any other cruel and inhuman treatment or punishment.Assessing security threatsMeanwhile, the Federal Intelligence Serviceexternal link in 2019 examined 1,196 asylum seeker files to determine whether they posed a security threat, according to official data cited in the SonntagsBlickexternal link. In 25 cases, the Swiss secret services issued a recommendation for rejection, the German-language weekly reports.The potential to pose a “jihadist threat” was the main source of concern in such cases. This means the Swiss security services deemed it likely that the person was an Islamist extremist, member of a terrorist organisation or a war criminal. Asylum cases from countries from war-torn nations such as Syria, Iraq, Afghanistan, Somalia and Yemen are scrutinised with extra care, the report notes.

Form for signing up for free newsletter.

Sign up for our free newsletters and get the top stories delivered to your inbox.

As regards the use for private purposes, it is only permitted to use a hyperlink to specific content, and to place it on your own website or a website of third parties. The swissinfo.ch website content may only be embedded in an ad-free environment without any modifications. Specifically applying to all software, folders, data and their content provided for download by the swissinfo.ch website, a basic, non-exclusive and non-transferable license is granted that is restricted to the one-time downloading and saving of said data on private devices. All other rights remain the property of swissinfo.ch. In particular, any sale or commercial use of these data is prohibited.