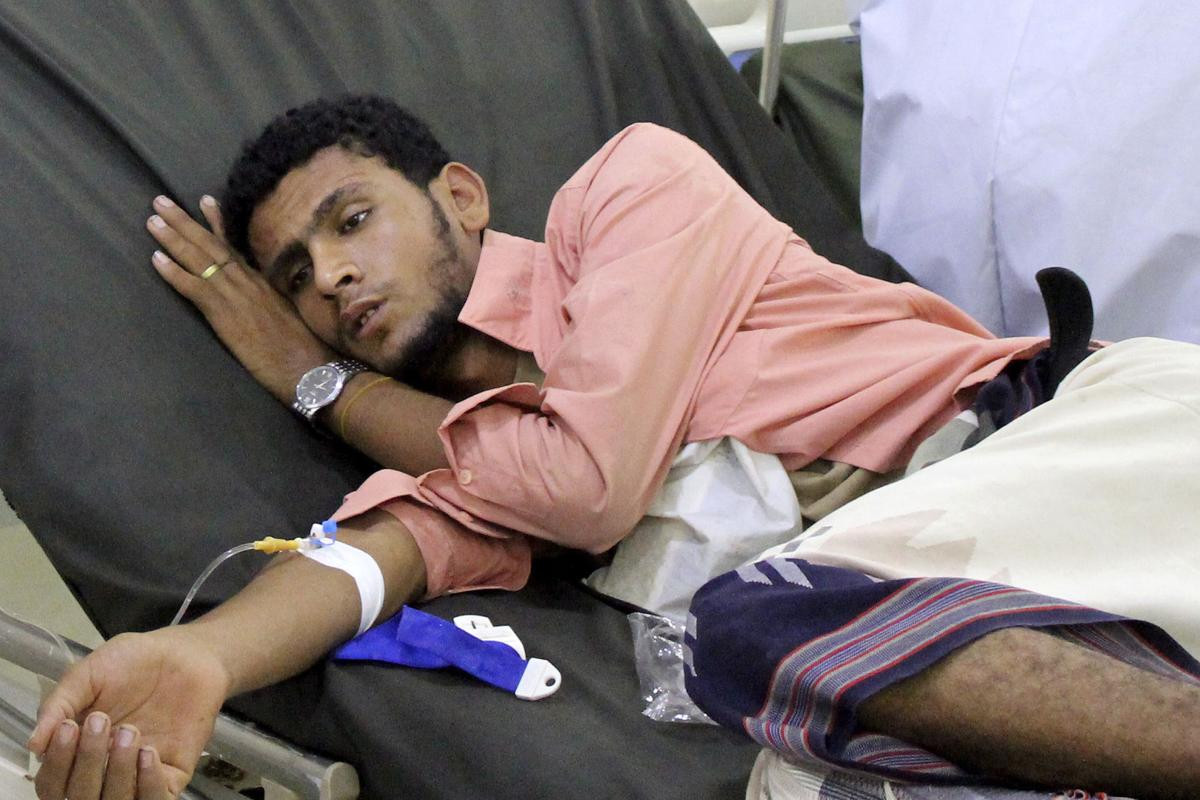 More than 500 people have died over the past eight days in southern Yemen's main city, Aden, many with breathing difficulties, city officials say, raising fears the coronavirus is spreading out of control, feeding off a civil war that has left the country in ruins.

One gravedigger told The Associated Press he'd never seen such a constant flow of dead — in a city that has seen multiple bouts of bloody street battles during more than five years of war. Condolence messages for deaths in Aden have streamed out on Twitter and other social media for days. Some report multiple deaths within a single family.

With little protective equipment, health personnel are terrified of infection. Many medical facilities in Aden have closed as staffers flee. Others turn patients away. No one is answering a hotline set up by U.N.-trained Rapid Response Teams created to test suspected cases at home, residents and officials say.

"If you are suspected of having corona and you are in Aden, most probably you will wait at home for your death," said Mohammed Roubaid, deputy head of the city's health office.

Officially, the outbreak in war-fragmented Yemen is small. The official count from the south is 106 cases and 15 deaths. Houthi rebel authorities who control northern Yemen say there have been two infections, one of whom died, a Somali migrant.

In the north, the Houthi are suppressing any information about the scale of the outbreak, even as doctors tell the Associated Press of increasing cases and deaths. The Houthis refuse to release positive test results and are silencing medical staff, journalists and families who try to speak out about cases, doctors and other officials say.

A surge in deaths this month in north and south has raised the nightmare scenario that the virus is spreading swiftly in a country with almost no capacity to fight it. The civil war, which has killed more than 100,000 people and displaced millions, has gutted the health system. Half of the health facilities are dysfunctional, and 18% of the country's 333 districts have no doctors. Water and sanitation systems have collapsed.

The World Health Organization says models suggest that, under some scenarios, half of Yemen's population of 30 million could be infected and more than 40,000 could die. WHO provided some 6,700 test kits to Yemen, split between north and south, and says another 32,000 are coming. It says it is trying to procure more protective equipment and other materials.

The civil war pits the Houthis against a U.S. and Saudi-backed coalition that formed an internationally recognized government in the south. The war has already killed more than 100,000 and displaced millions.

Now the U.S.-backed coalition has fragmented: Separatists backed by the United Arab Emirates rose up and expelled the government from Aden over the summer and declared self-rule last month. The two factions are fighting in Abyan, a province adjacent to Aden.

Basic services in Aden were already in shambles. After the separatist takeover, Aden's health authorities were split, employees have no clue who to report to and no one makes decisions. The virus is thriving in the leadership vacuum.

From May 7 until Thursday, Aden's civil registrar recorded 527 deaths, the head of the office Sanad Gamel told the AP. Save the Children, in a statement Thursday, said 385 people died in Aden with COVID-19-like symptoms the past week.

Authorities in the south announced the first confirmed coronavirus case on April 10.

But aid agencies believe the virus had been actively circulating in Yemen since March. Doctors may have missed it in part because of an outbreak of Dengue fever and Chikyungunya after major flooding in April left entire sections of Aden submerged in sewage and water for weeks.

At al-Qateea, one of the smallest of the city's six cemeteries, gravedigger Abdullah Salem, said he receives 10 to 15 bodies a day, 10 times more than normal. He said he doesn't know how to deal with the bodies, because burial permits list no cause of death.

"Is it corona, Dengue, or TB? We have no clue and people are afraid," he said.

Zakariya al-Qaiti, the outgoing head of Aden's sole isolation center, at al-Amal Hospital, said he had no doubt about the cause. "I can affirm that coronavirus is outbreaking in Aden."

Fearing infection, many health facilities are shutting their doors. At least three doctors have died of COVID-19, according to a Health Ministry official.

Nabil Abdel-Bari, a young businessman suffering from shortness of breath and fever, was refused entry from four hospitals, said his friend, Assem Sabri. He died days later at home.

"The doctors took one look at him and shouted, 'You have coronavirus,'" Sabri said. "Doctors in Aden have lost all their humanity and mercy."

In the Houthi-controlled north, doctors in three provinces, including the capital Sanaa, told the AP they have seen increasing numbers of suspected coronavirus cases and deaths. All spoke on condition of anonymity, saying they are under Houthi surveillance and have been warned not to speak about cases.

In the first week of May, a surge of patients entered the COVID-19 treatment center in Sanaa's Kuwait Hospital, said four officials. One official said 50 of them were likely infected with the coronavirus, and of those 15 died.

Staffers believe the patients were infected because Houthi authorities never revealed their test results. "When it's negative, they give the results to us," the official said.

As long as the Houthis do not officially acknowledge cases, the U.N. said it cannot rally donor support to send supplies to tackle the outbreak.

WHO said it is trying to get more protective equipment and medical supplies. Altaf Musani, the agency's chief in Yemen, said that has been difficult because of various travel restrictions and competition with other countries.