Late in life, artist was ‘living his dream’ as work was shown at prominent Twin Cities venues. 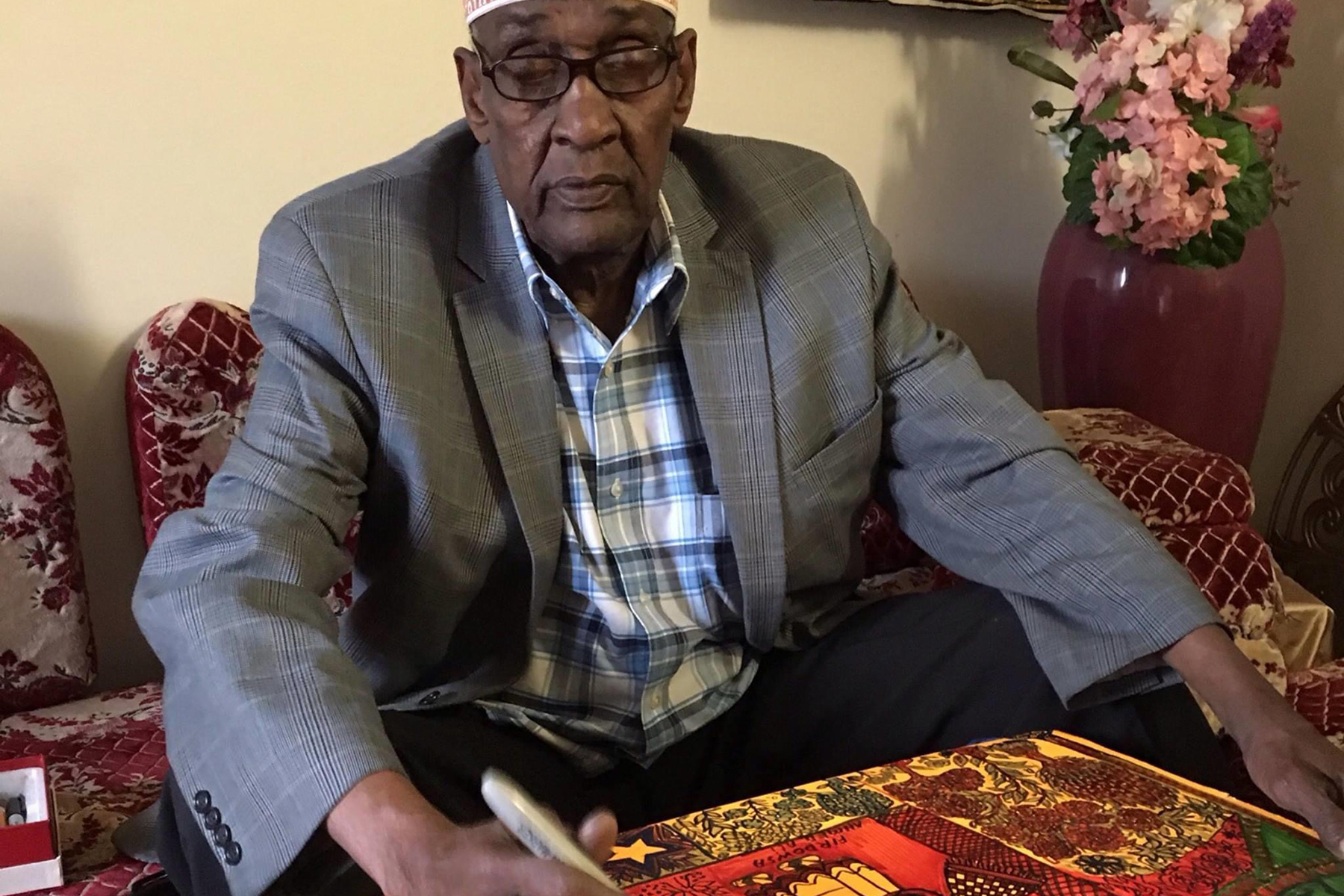 Hassan Nor, a Somali elder and self-taught artist known for his intricate drawings layered with stories, characters, and aspects of cultural life from pre-civil war Somalia, died May 19 after contracting the coronavirus. He was 83.

Hassan resettled in the United States in 2002, but the art he created earlier did not survive the journey. Late in his life, however, his work was recognized in the Twin Cities and was shown at the Minneapolis Institute of Art, the Minnesota History Center and other venues including Third Place Gallery and the Hennepin Theatre Trust’s Made Here program.Hassan had suffered from heart and kidney failure in recent months, according to his son, Adan Ali. Last week, Hassan became ill and was taken to the hospital where he tested positive for COVID-19. He died in his public housing apartment in Elliot Park two days after that.

“My dad was a person everybody around respected,” Ali said. He described his father as an outgoing person, who would often sew clothing for relatives or friends in the Somali community. He also was a great storyteller who loved to joke around and have a good laugh. “If the story doesn’t make the people laugh,” Ali said, “he would be mad at himself.”

Born in Jubaland, in southern Somalia, Hassan practiced his art in his spare time for most of his life. At a panel discussion at the Minneapolis Institute of Art in 2017, Hassan described how instead of going to school, he worked during the day to support his family, and drew at night on the floor of his home. “I would come home and scribble whatever I thought was art,” he said, though a translator. After moving to the United States, Hassan faced loneliness and isolation. In the artist talk, he described using art to help him through the difficult time, drawing memories of his life back in Somalia before the war as a way of coping with distress.

Hassan Nor was known for his intricate drawings layered with stories, characters, and aspects of cultural life from pre-civil war Somalia. Photo courtesy of Wing HuieLocal artist Pamela Gaard first met Hassan roughly five years ago and connected with his work immediately. “It just came from his soul,” Gaard said.

Gaard applied for a small grant from the Awesome Foundation to provide Hassan with art supplies. He had previously gotten materials from the dollar store.

“He was a good friend and a huge inspiration,” Gaard said. She called him a great storyteller, both in words and through festive, colorful drawings, which depict Somalia as he remembered  it, filled with abundance and hope.

“He had a great sense of humor and a great laugh,” Gaard said. “It was an honor to meet him.”

The two collaborated on an exhibition of their work at Hennepin Theatre Trust’s Made Here program in a downtown storefront gallery in 2016. That same year, Gaard curated an event featuring Hassan’s work at Third Place Gallery in South Minneapolis, owned by photographer Wing Young Huie. “I felt privileged to be able to show his work,” Huie said.

Gaard also collaborated with Hassan on an event at the Capitol Cafe in Minneapolis featuring Hassan as well as Somali-Swedish writer Awes Osman.

“His colorful vignettes show an undying love for his homeland, where tools of survival – dwellings, food vessels, chairs, clothes, and shoes – were all hand-crafted,” Awes wrote about Hassan’s work at the time. “Nor has a unique way of making his drawings reflect the history and the current reality of his hometown.”

Osman recalled meeting Hassan in 2016: “There sat a man who was determined to spend the rest of his life devoted to the recreation of an art he was in deep love with,” Osman told Sahan Journal. He might not get any recognition or financial return, but it still was the best career for him.

In 2017, Hassan’s work would be shown in a museum for the first time. Gaard introduced Hassan to Jan-Lodewijk Grootaers, curator of African Art at the Minneapolis Institute of Art. Grootaers included Hassan in the exhibition, “I am Somali,” along with Ifrah Mansour and Aziz Osman.

“His drawings, with lots of detail, recapture Somali life before the civil war, and what he remembers because he came to the Twin Cities as a refugee,” Grootaers said. “There was both nostalgia that speaks out of his work and a lot of pride and love for his culture.”

Eight of Hassan’s drawings were selected for the exhibition at Mia. “People who were not familiar with Somalia were drawn to and immediately recognized what’s happening in either rural scenes or dances or just sitting around outside and having tea, all those things would be drawn from memory,” Grootaers said. The museum purchased three of Hassan’s drawings, and had been in talks with Hassan about purchasing additional works, he added.

Ifrah Mansour, another of the artists in that exhibition, called Hassan fierce and radical. “He didn’t care about anyone’s opinion about him,” she said. “His work is so finely detailed and instilled with so much honestly, and just life lived.”

Mansour, who lived through Somalia’s civil war as a young child, appreciated the earlier memory of the country that Hassan depicted. “He has a unique memory of this country we are all from, from a time where hate wasn’t ripping it apart,” she said. “Because I spent so much time installing my piece, I would stand by his work and hope to see a Somalia I might never see. I feel so grateful.”

According to Ali, Hassan felt that he had made it as an artist. “It was his ultimate goal to have art on a wall.” Ali said. “The last two years, it was like he was living his dream.”