Has Turkey abandoned Syrians in Idlib?

For Turkey, the priority has never been Syrian rebels, they were used for Turkey’s own ends. 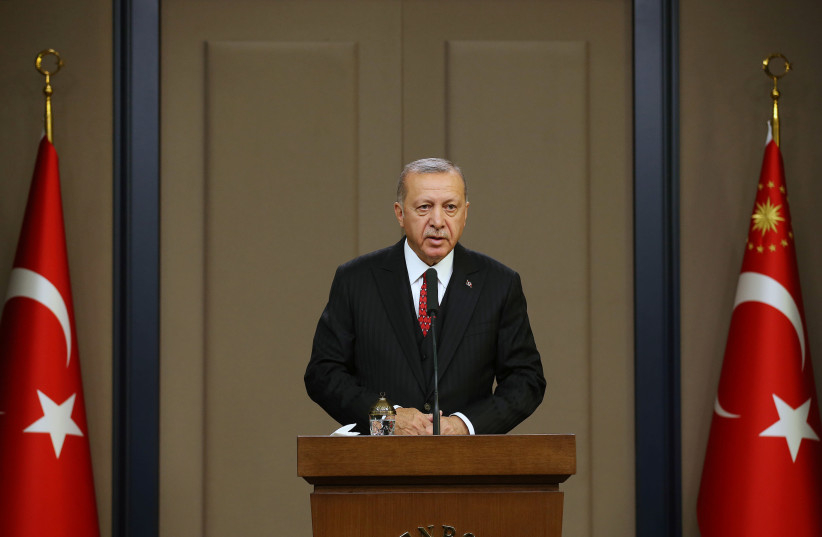 For Turkey, the priority has never been Syrian rebels, they were used for Turkey’s own ends.

Turkey’s pro-government media has stories about new submarines and Turkey leading the world in hair transplants, concerns about Libya and Kashmir, but not much news on a massive Syrian regime offensive in Idlib that could lead to a million refugees fleeing. Already 25,000 have fled.Turkey was supposedly an ally of the Syrian opposition who have been protesting the Assad regime since 2011. Turkey even enabled the Syrian National Army, a collection of Syrian rebel groups Turkey recruited, to transit through Turkey to fight the mostly Kurdish Syrian Democratic Forces (SDF).Now the families of those Syrian rebels are being bombed in Idlib as winter sets in. There are fuel shortages. People are fleeing. And yet Turkey’s observation posts, of which there are a dozen or so in Idlib, look on and do nothing.Ankara’s silence – while Turkey’s leadership flew off to Malaysia for an Islamic summit and prepares to discuss a military offensive in Libya with Russia, as well as a new Caucuses region trilateral meeting – illustrates Ankara’s real goals. Ankara doesn’t mind if Idlib is retaken by the Russian-backed Syrian regime. Turkey needs good relations with Russia and Iran for other reasons and it is Russia and Iran backing the Syrian regime in the Idlib offensive.For Turkey, the priority has never been Syrian rebels. They were used for Turkey’s own ends, with tens of thousands recruited to fight against the Kurdish People’s Protection Units in Idlib in 2018 and then sent to fight Kurds near Tel Abyad in October 2019 as the US withdrew from parts of northern Syria. The Syrian rebels are being sent from place to place by Turkey, but when it comes to their own homes in Syria, there is little interest in aiding them. Turkey has a plan to resettle Syrian refugees, of which it hosts around four million, in Kurdish areas of northern Syria. The refugees are mostly Arabs and Kurds see this as demographic change.It’s convenient for Ankara’s government which views the Kurdistan Workers Party (PKK) as its primary threat. It wants to move Arab families who fled other areas of Syria to create a contiguous belt of pro-Turkish Syrian rebels from Afrin to Tel Abyad, all of whom are dependent on new Turkish institutions that are rising, such as hospitals, local councils and education systems. Idlib province is not a priority.IDLIB IN NOT A priority, despite the million people there, because it is partly run by Hayat Tahrir Al-Sham and other extremist and rebel groups who are not under Turkey’s real control. Unlike Afrin, Jarabulus and Tel Abyad, where Turkey launched offensives since 2016, Idlib is the last actual Syrian rebel stronghold. When it falls or when part of it falls those remaining groups will be forced to flee toward Afrin and Turkish control. That will cement a situation where the areas near the border are free from air strikes due to a Turkish-Russian agreement. Up until now the Russian air force has bombed where it wants in Idlib. A September agreement between Turkey and Russia stalled a Syrian offensive. But Syrian wants parts of Idlib back.Reuters says that 20 villages have already been retaken by the Syrian army; 500,000 people have already fled in this year’s fighting and 80,000 have fled in the past week.Asharq al-Awsat and other regional media have wondered about what is happening in Idlib and how it is linked to Turkey’s other policies in the region; it may be closely related to Turkey seeking to send forces to Libya.Turkey’s parliament has approved a security and military cooperation deal with the Tripoli-based Government of the National Accord in Libya. Libya is in the midst of a civil war. The western and central part of Libya are controlled by the Libyan National Army of Khalifa Haftar, backed by Russia, Egypt and the UAE among others. Turkey and Qatar back the GNA in Tripoli.Germany and others want to mediate. Turkey and Russia prefer their own agreement, like in northern Syria, where they can partition up matters and displace the western role. Turkey has sent armored vehicles and drones to Libya and a Turkish crew of a boat was detained on Saturday off the coast.Turkey also wants drilling rights and has signed a deal with the weak Libyan Tripoli government to secure rights to drilling. This angers Greece which sent officials to Egypt, the Gulf and Libya, concerned about a Turkish water-grab across the Mediterranean. Turkey has sent drones to northern Cyprus and harassed an Israeli scientific mission at sea.All this points to Turkey wanting to play a major global role and Idlib is a distraction. Turkey wants to iron out a new gold dinar trade with Qatar, Iran and Malaysia and it wants to control the Mediterranean and build up bases in Qatar, Somalia and maybe Libya and beyond.Syria is in Turkey’s backyard, but enabling part of Idlib to fall in exchange for big agreements with Russia over pipelines and air defense and Libya is a worthwhile trade-off for Ankara.For the Syrian rebels this is bad news, they may realize that their homes in Idlib have been traded for Ankara’s work with Moscow. They have fuel shortages in Idlib just a few kilometers from the Turkish border, but Turkey is more interested in energy rights hundreds of kilometers away closer to Libya.More of them may be sent to fight the SDF or other wars for Turkey. But Idlib will continue to pay the price of Ankara’s global dreams.

var cont = `Sign up for The Jerusalem Post Premium Plus for just $5Upgrade your reading experience with an ad-free environment and exclusive contentJoin Now >`;