“I’m just blessed and thankful,” Mohamed said at the awards banquet in Somalia. 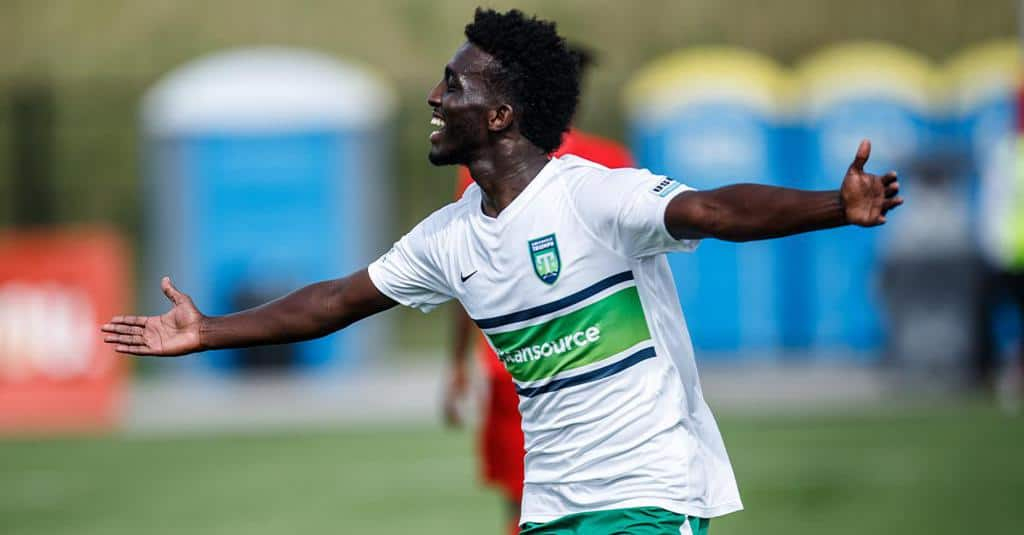 The member of the inaugural 2019 Triumph roster returned to his home nation of Somalia, where he was honored on Jan. 3 as the International Player of the Year by the Somali Football Federation.

“It means a lot to me and my family to receive this international recognition,” Mohamed said.

The recognition comes just a few months after Mohamed appeared on the Somalia national team’s roster back in September to participate in two World Cup qualifying matches. His international season featured numerous highlights, including a long-range goal against Burundi during the 2019 CECAFA Senior Challenge Cup and a breakaway goal in Somalia’s World Cup qualifying game against Zimbabwe.

Mohamed said he was grateful for the award, as well as the love from the Triumph community.

“I’m just blessed and thankful for this prestigious award,” he said, “and I appreciate the support Triumph fans have given me during international play.”

Mohamed will be back in Greenville for the 2020 season, which kicks off March 27 with a matchup against the Chattanooga Red Wolves at Legacy Early College Field on Woodside Avenue in Greenville.