'From Marabastad to Mogadishu' is a journey of Struggle, hope and victory 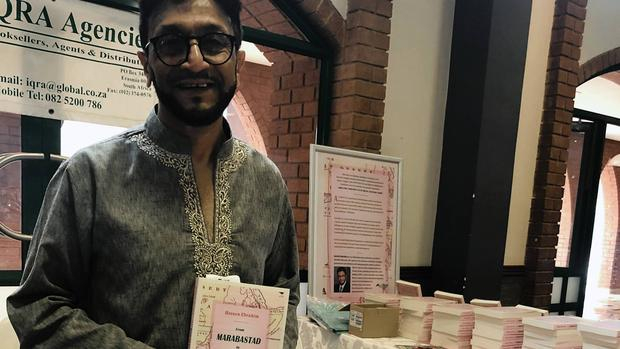 Ebrahim was in conversation with Shannon Ebrahim, group foreign editor for Independent Media (and no relation), at a book launch in Laudium on Sunday, attended by a number of ANC luminaries and former members of the underground movement who went on to hold prominent positions in post-apartheid society.

Ebrahim grew up in Marabastad and describes his early years in a poor but close-knit and caring community of general dealers and hawkers, before the forced removals of the ’70s led to the family’s upheaval to Laudium.

However, his emerging political consciousness came from a different source, starting with his first year at the University of Durban-Westville - an institution for Indians - in 1976, the year of the Soweto uprising, and the following year when he became one of the first Indian students at Wits. In that year he was greatly affected by the arrest of Solomon Mahlangu and three other MK cadres and the death of Steve Biko in detention.

He said he realised that other young men his age were fighting back against an unjust society, and he could no longer sit on the sidelines. Ebrahim then describes his efforts to join the ANC which, he said, was “hard to find”- remembering that at that time it was a banned organisation in a repressive state and many of its leaders were in jail or exile.

His determination led him to Gaborone, Botswana, where he was taken in by Marius and Jeannette Schoon. (Jeannette and her daughter were killed in 1984 when a letter bomb intended for her husband exploded.) Ebrahim began his political instruction and despite dreaming of being an MK soldier his mentors - who included Mac Maharaj - recognised in him a political organiser, and set him the task of establishing the ANC underground structures in Botswana as part of the broader liberation strategy.

He told the audience of the hardships of the Caxito military training camp in Angola where conditions were primitive and malaria was rampant. Ebrahim resumed his studies at the University of Botswana and later completed them in Edinburgh. In the UK he was to witness the commitment of the anti-apartheid movement and this encouraged him to mobilise on campus - where he not only completed his law degree but met his first wife, Barbara.

On his return in 1985, he noted events were changing rapidly. There was a shift in the mood in South Africa, with greater repression in the townships. This was a turning point for the ANC in terms of its political and military response as mandated by the Kabwe Conference, and led to the formation of units such as the Ahmed Timol Unit which planned and executed a series of daring attacks.

Ebrahim’s work continued on his return from exile in 1991 when he helped the ANC establish structures within South Africa, and he was part of the ANC’s national negotiations commission at Codesa and Executive Director of the Constitutional Assembly before a period as a deputy-director general in the Department of Justice and Constitutional Development where he established the Corporate services portfolio.

From here he spent several years on UN assignments in a number of war-torn countries, most notably Somalia - from where the “... to Mogadishu” emanates in the title of his book.

He is back in South Africa, married since his 50th birthday to Soraya, and enjoying a quieter life, but it is clear that we have not heard the last of this "hero without heroics" as described by Albie Sacshs.

Also at the book launch were Judge Jody Kollapen, Maharaj and Shan Bolton, the executive director of the Ahmed Kathrada Foundation, along with many other people whose lives intersected with Ebrahim's in the fight for freedom.

Those present extolled Ebrahim’s commitment to the Struggle and the extraordinary skills he developed, noting that these could be put to good use in the struggling public service today.

Bolton said the book tells not only Ebrahim’s extraordinary story but the story of many others involved in the Struggle and is a contribution to the ANC’s history which will be further enhanced by the Ahmed Kathrada Foundation’s planned work to record the history of the Transvaal Indian Congress.

For Shannon Ebrahim, it marks another important contribution to the Struggle history of the ANC, and a way to understand the human sacrifices made buy so many - a reason she brought her children to the event.

But, it is also a reminder of what we still need to do and, hopefully, Ebrahim can be called upon to help.

The book is available at leading retailers at around R250.