VILLEJUIF - French police shot dead a man near Paris on Friday after he went on the rampage with a knife in a park, killing one person and wounding two more, a 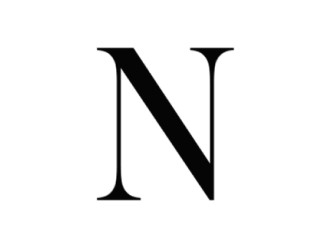 VILLEJUIF - French police shot dead a man near Paris on Friday after he went on the rampage with a knife in a park, killing one person and wounding two more, a prosecutor said. The attack happened in the town of Villejuif, about 8 km (5 miles) south of central Paris. Police cordoned off the area, and ambulances and police vehicles lined a road approaching the park. The two injured victims are being treated in nearby hospitals, Laure Beccuau, the prosecutor whose office is handling the case, told reporters. “The suspect tried to attack other victims during his murderous spree, who were able to escape,” she said. The prosecutor declined to disclose details about the attacker. There was no indication of his identity or the motive for the attack. Laurent Nunez, the deputy interior minister, visited the scene and said the attacker would likely have hurt more people if police had not shot him when they did. “It was an extremely courageous act,” Nunez said. In the past four years, the French capital has been rocked by major attacks resulting in mass casualties. In October last year, four people were stabbed to death at the Paris police headquarters by Mickael Harpon, an IT specialist working for the police. Prosecutors said that attacker, who was shot dead by police, had come under the sway of radical Islamists. Coordinated bombings and shootings by Islamist militants in November 2015 at the Bataclan theatre and other locations around Paris killed 130 people in the deadliest attacks in France since World War Two.

NAIROBI (Agencies): Somalia’s Western-backed government forces beat and detained a record number of journalists last year, the journalists’ syndicate told Reuters, prompting suggestions the govt is suppressing scrutiny of its security record ahead of elections due this year. For years, the al-Qaeda linked al Shabaab insurgency was accused of killing Somali journalists. Those assassinations have fallen, although two journalists were among those killed in a bombing last year.

Now media say they face a new danger: govt forces. State security forces detained an “unprecedented” 38 journalists in Somalia last year, according to data compiled by Abdalle Ahmed Mumin, secretary general of the Somali Journalists Syndicate. Most were detained while reporting on bombings or insurgent attacks but some were reporting on corruption. That compares to 16 journalists detained in 2017, 12 in 2016, and six in 2016, the year before dual U.S.-Somali citizen President Mohamed Abdullahi - known by his nickname Farmajo - took power, Mumin said. “The government is not allowing journalists to report,” he said. Officials rarely release casualty figures from incidents like Saturday’s truck bomb, which killed around 90 people.

In most cases journalists are not charged and are released after hours or days, according to his report, due to be released next week. Last year, 37 journalists were beaten, shot at or threatened at gunpoint in Somalia, mostly by state security forces, the report said. The figures do not include the breakaway republic of Somaliland.