Dur-Dur Band review: Somalia's disco stars are back in the groove 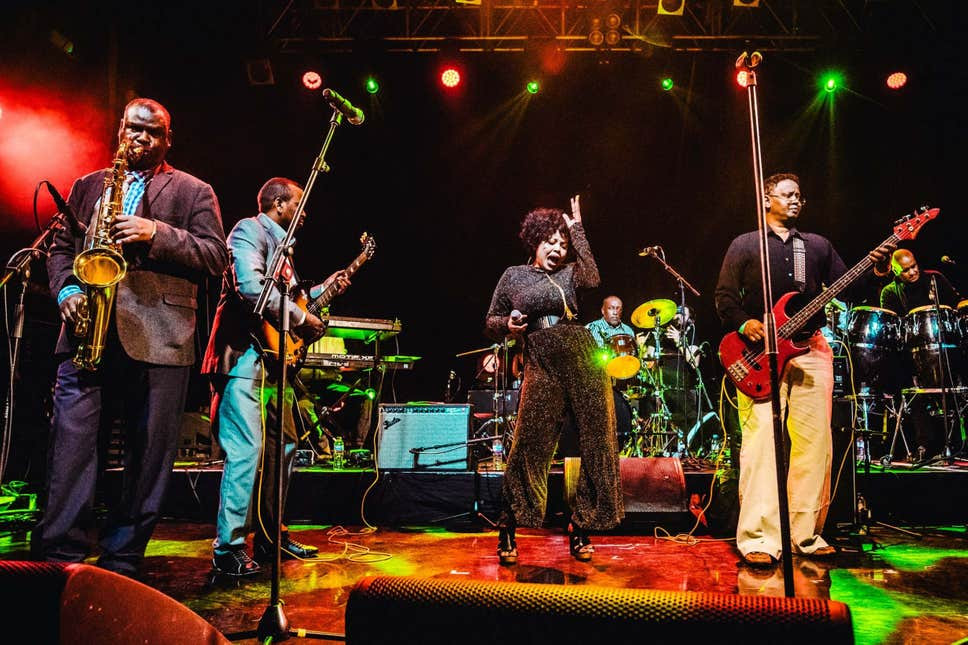 Back in the Eighties, when Mogadishu was swinging and Somalia was stable, Dur-Dur Band was the most disco-tastic band in the land. A musical juggernaut featuring four lead singers, three backing vocalists and a wall of brass, synths and guitars, the group’s blend of global sounds and traditional Somali rhythms wowed crowds across east Africa and beyond.

Then came civil war, and exile. Most of their recordings were thought to be lost. Last year’s reissue, on the cult Analog Africa label, of Dur-Dur Band’s first two albums has brought cross-generational appreciation, with airplay from Gilles Peterson. For this headline gig, they were supported by dynamic young Londoners Animanz, made notable by rising star frontwoman, Juanita Euka

“Dur-dur” means “spring” in Somali and the band’s new eight-piece incarnation found them reinvigorated and eager, with bassist and founding member Abdillahi Ujeeri driving proceedings through a set of upbeat tunes had the many Somalis in the grooving throng singing along.

Hits such as Yabaal were given lift-off by the high-pitched vocals of Fadumina Hilowleh, who shimmied about like a woman possessed, juddering her shoulders, resting her elbows on the congas and yanking lead guitarist Omar Abdi Mohammed forward to sing-growl his way through lyrics written with the cadence of poetry. Sounds from across Somalia — the banadaari beats of the south, the reggae-like daantho of the north — jostled with wah-wah guitars and a psychedelic synthesiser, whose horn-stab effects only made the absence of brass more obvious. No matter. This was Somalia in party mode: proud, cultivated, joyful.