The 80s Mogadishu group were unknown in the west for decades. Now they sound determined to savour the spotlight 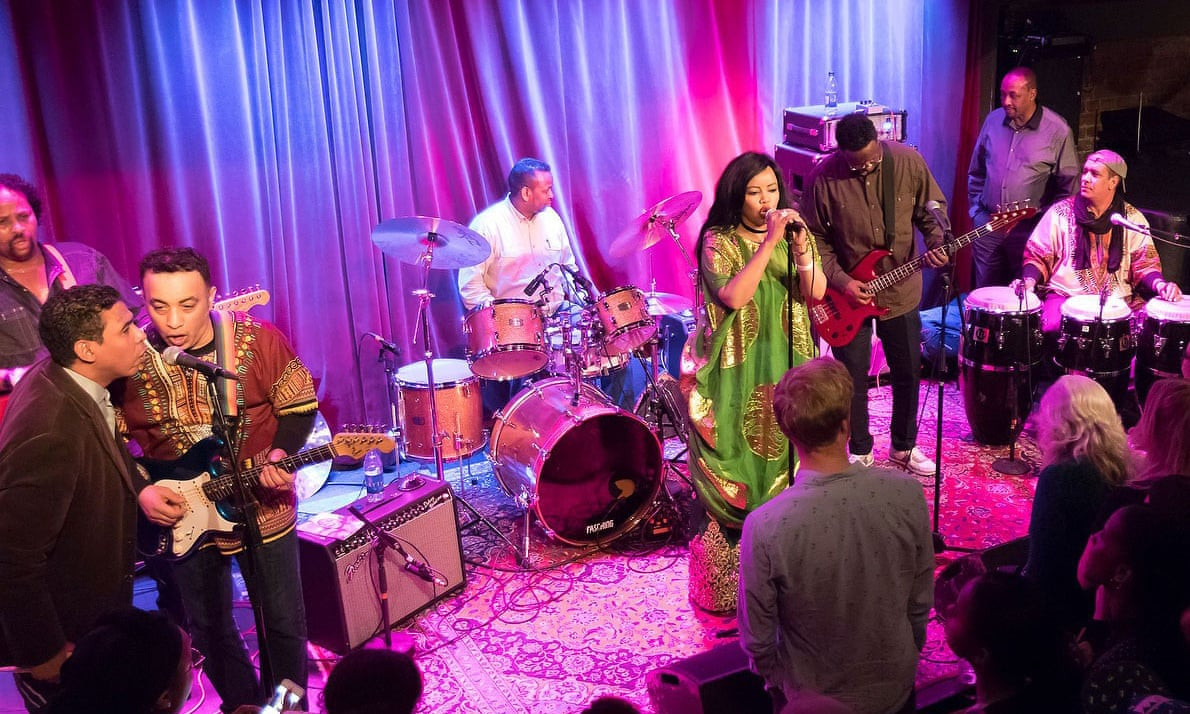 Dur-Dur Band are a time capsule, the sound of 80s Somalia fossilised in funk. Mogadishu musicians Abdillahi Ujeery and Mohammed Karama’s group was formed in the face of great upheaval: the nation’s former government overthrown, replaced by a socialist regime with an (initially) pro-arts agenda. This new government abandoned ties with the Soviet Union, allowing an influx of American pop on to Somali radio that led to exciting fusion sounds: Chicago soul with Banaadiri beats, Motown melodies with dhaanto grooves. Dur-Dur Band, with their transfixing Somali-disco licks and party-starting spirit, epitomised this new dawn.

Playing at London’s Jazz Cafe, they sound as invigorating as they did back then, when they’d perform energetic sets as house band at Mogadishu’s legendary Juba Hotel. It was a twist of fate that led to their reformation, and to the packed-out crowd in attendance tonight. Dur-Dur Band, whose music never travelled far beyond Somalia in their heyday, were unknown in the west for decades, until a Milwaukee musicologist discovered a dusty cassette tape in 2007 that had survived the country’s civil war. When he uploaded it online, reissues of their music on cult labels Awesome Tapes From Africa and Analog Africa followed, leading to a resurgence.

It’s a spotlight the group never thought they’d have, and tonight they seem determined to savour it. “We’re fighting to get back what we lost,” says their manager, introducing the seven-piece to the stage before they begin fizzing through intoxicating Technicolor floor-fillers from their five-plus albums. Tracks such as smoky reggae slink Diinleeya let the band riff joyously over each other, exploring grooves like deep-sea divers. Most in the room have only heard these songs as they were recorded: lo-fi and crunchy. Tonight, aided by the energy of guest vocalist Fadumiina Hilowle, every note is clear, electrifying, alive.

Awesome Tapes From Africa and Analog Africa have led to a new lease of life for artists from the continent whose music has gone unappreciated, landing tours for the likes of Ethiopia’s Hailu Mergia and Ghanaian dance enigma Ata Kak. Dur-Dur Band prove this evening they’re every bit as life-affirming as their label mates, climaxing in a cacophony of Somali funk excellence that’s met with roars of applause. Theirs is a time capsule well worth unearthing.