In 2019, two journalists were killed in Somalia, a low number by Somali standards. More than 50 journalists were arrested, however, and 81 were attacked while doing their job, according to the Somali Journalists Syndicate. The group defends the rights... 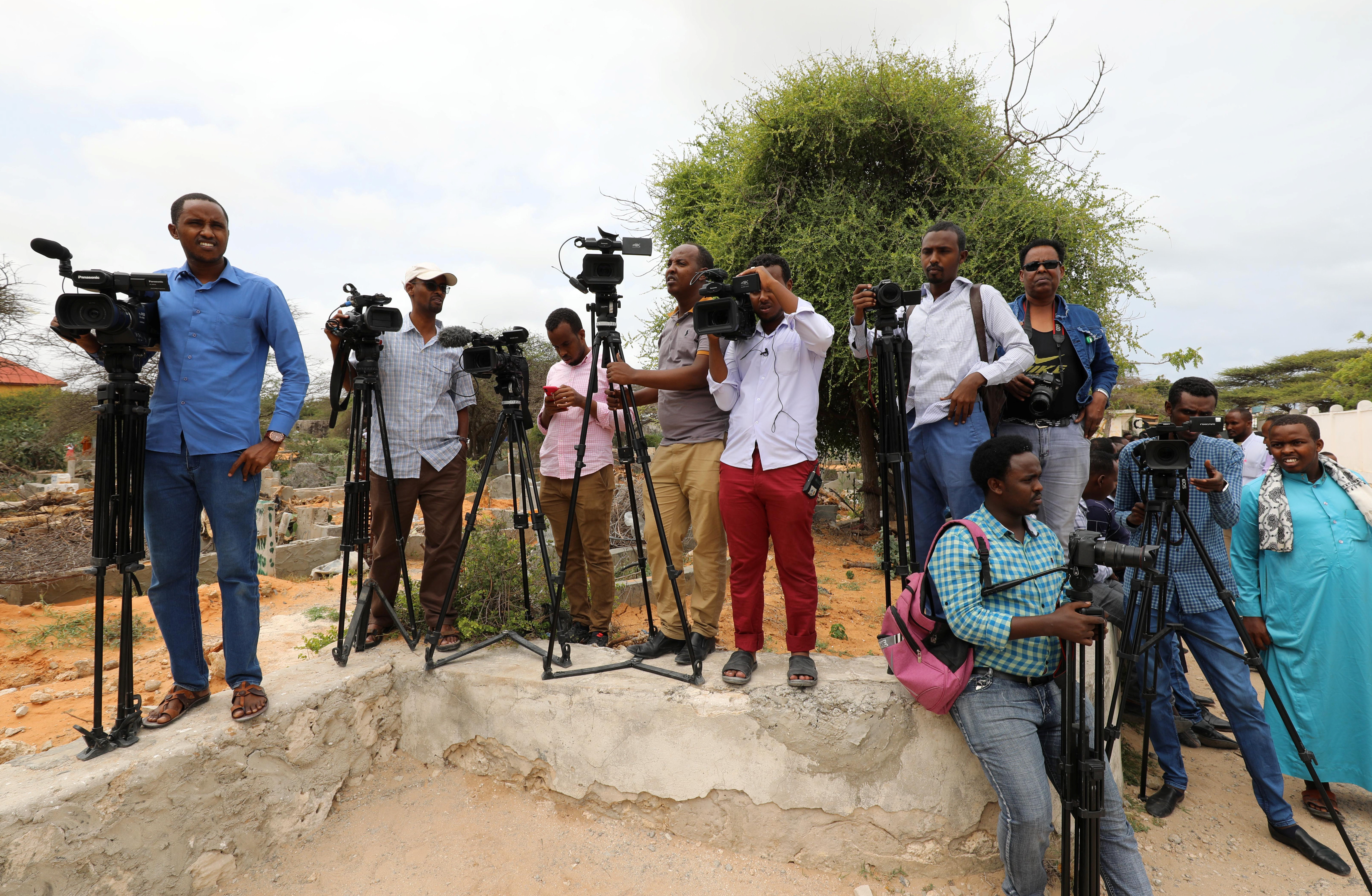 NAIROBI, KENYA - In 2019, two journalists were killed in Somalia, a low number by Somali standards. More than 50 journalists were arrested, however, and 81 were attacked while doing their job, according to the Somali Journalists Syndicate. The group defends the rights of the journalists in Horn of Africa nations. The group says Somali security agencies stopped journalists 15 times in accessing government offices and areas.

In a new report, the Somalia Journalists Syndicate says the country's politicians, security officers, and government workers often interfere with the work of reporters and media professionals in the country.

Abdalle Ahmed Mumin is the secretary-general of the organization.

“The report says 81 journalists were physically assaulted during 2019. Seven media houses were shut in different places in the caountry, 53 journalists were arrested in a different situation, and majority of them were released without charge in a very short time. Three journalists were wounded. Two of them sustained gunshot wounds,” said Mumin.

The report shows, though, increased threats against journalists, especially those reporting on authorities' problems fighting terror group al-Shabab, and on human rights issues.

FILE - A Somali official says tt least 10 people, including two journalists, were killed in an extremist attack, July 12, 2019, on Asasey Hotel in the port city of Kismayo.Mohamed Bulbul, a Somali journalist, reported on al-Shabab's infiltration of businesses and government institutions. Authorities did not like his reporting.

"I was threatened by the members of government after I investigated and reporting about the influence of al-Shabab in Mogadishu business and even within the government officials in 2019. The government was angry about my report, which was broadcast on Universal TV in Mogadishu. I went into hiding after security forces [decided] to hunt me down. I couldn’t work for several weeks,” said Bulbul.

In March, gunmen allegedly dressed in police uniform opened fire at Universal Television.  Fortunately, no one was injured. Somali officials denied their officers were behind the attack.

In December, the federal state of Hirshabelle in central Somalia closed down an FM radio station, accusing it of spreading misinformation. Authorities briefly detained the owner and some of its staff.

Freedom House, an organization that promotes human rights and democracy, ranked Somalia in 2019 as not free.

The Somali Journalists Syndicate report said the intense, sometimes violent political competition within Somali society have made many journalists fear for their lives.

VOA attempted to reach a Ministry of Information spokesman for a response, but did not get a reply.

Somalia has not seen a stable central government since the fall of President Mohamed Siad Barre nearly 30 years ago.