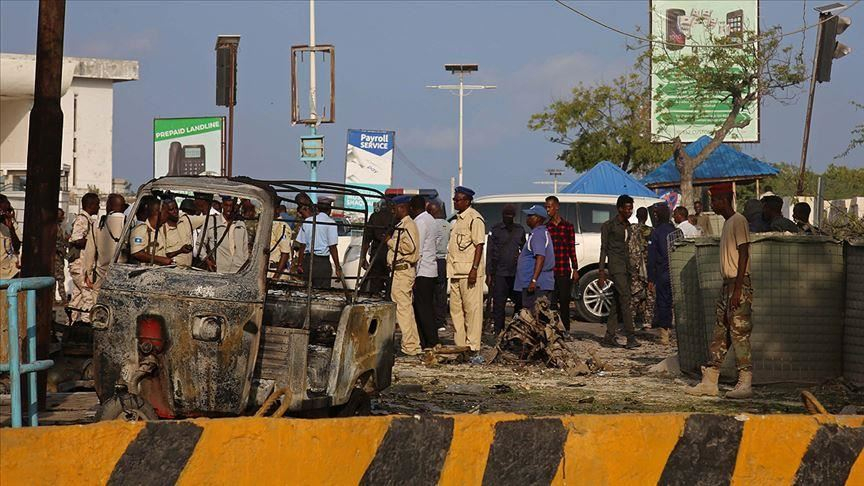 MOGADISHU, Somalia At least two people were killed and four others wounded in a car bombing near Somali parliament building in the country’s capital Mogadishu on Wednesday, police said.Mohamed Bulle, a police official, told Anadolu Agency over the phone that it was a suicide car explosion that targeted a security checkpoint.“What we know so far is that at least two people were killed as the blast targeted a security checkpoint near Somali parliament building,” Bulle said. Ambulances and security officials rushed to the scene and four wounded persons were taken to hospitals for treatment, he added. No group has yet claimed responsibility for the attack.On Dec. 28, 2019, at least 85 people -- including two Turkish nationals -- were killed and more than 150 others wounded in a truck explosion in the Somali capital Mogadishu. Al-Shabaab had claimed responsibility for that attack.