Bihi sees glimmer of hope for Somaliland in talks with Somalia 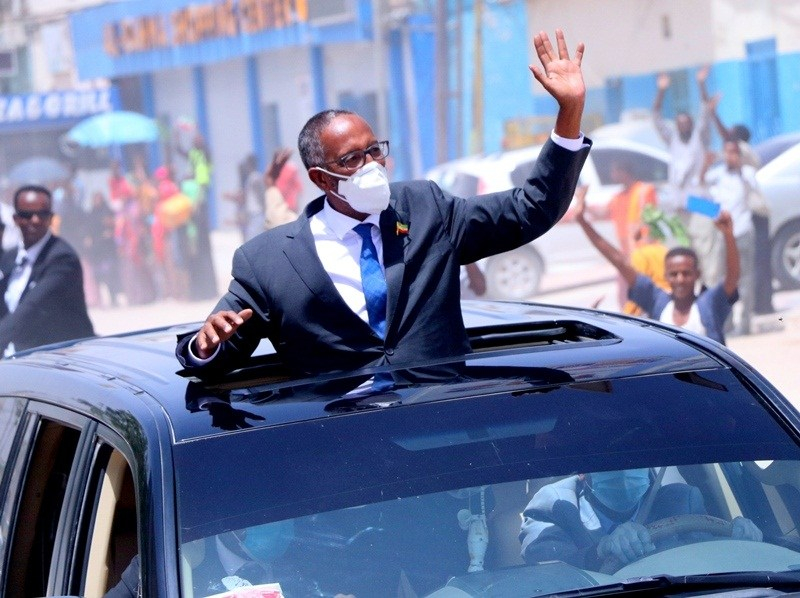 Somaliland President Musa Bihi returned home from Djibouti confident the talks with Somalia will bring renewed hope to his country’s citizenry and gain their desired place in the international community.

While the thorny issue of Somaliland international recognition was not discussed, a technical committee formed on Wednesday will discuss five issues that were identified.

However, Somaliland still maintains the issue of Somalia recognizing her independence should form part of the agenda ultimately.

“The act of recognizing and supporting the independence of Somaliland would go a long way to heal the wounds of the past and enable our two states to embrace each other in our independent but closely interwoven futures,” President Bihi had said in his opening remarks.

In the memorandum of understanding signed by the technical committee, it was agreed that there should be a code of conduct that guides future talks, implementation of past agreements and confidence-building between the two sides.

It was further agreed that two subcommittees on aid and investment and the other in security meet in 15 days while a joint ministerial committee to meet in 45 days in Djibouti.

Somaliland and Somalia merged in 1960 but in 1991 Somaliland walked out of the union.

Somalia’s Interior Minister Abdi Mohamed Sabrie said that the Somali government is committed to having a genuine dialogue with Somaliland.

He said the agreement signed shows the commitment of both sides to continue the talks in order to address the essence of the issues that are facing both countries.

Foreign Minister of Somaliland, Yasin Faraton, said that the talks were a step that both sides took in the right direction.

The renewal of dialogue between the two countries has attracted international interest with the General Secretariat of the Organization of Islamic Cooperation (OIC) welcoming the initiative taken by  Ismaïl Omar Guelleh, President of the Republic of Djibouti, to host a consultative summit.

The European Union also lauded the resumption of dialogue.

EU High Representative/Vice President Josep Borrell said the resumption of dialogue is an important and positive step in the process of normalizing their relations, bringing renewed hope not only for the people of Somalia and Somaliland but for the whole Horn of Africa.

“It is an essential part of confidence-building measures to reconcile differences and promote peace-building, prosperity and development in the region. Djibouti and Ethiopia played a determining role in making this dialogue happen,” Borrell said.

“Continuation of these talks without interruption and in good faith is the only sustainable way forward for durable peace, prosperity, and security. The European Union, present as an observer to the talks, will spare no efforts to support the process.”

In a joint statement, they said: “We welcome the meeting as an important step in strengthening communication and fostering understanding and encourage the technical committee named by the principals to deliver tangible benefits for their people.”