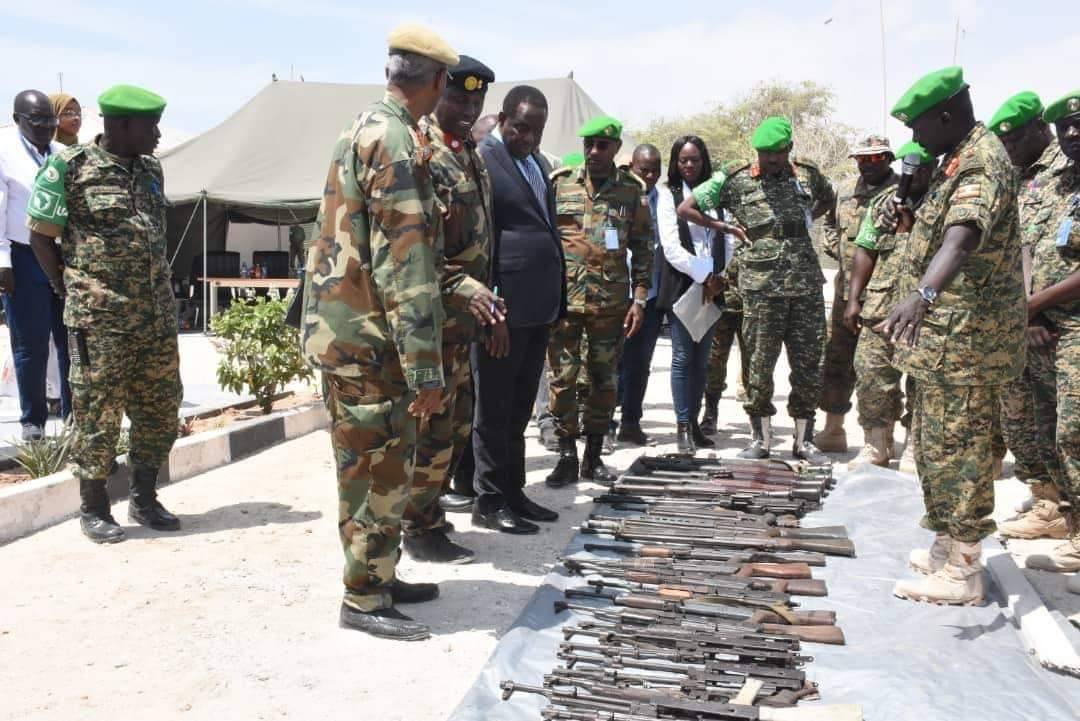 MOGADISHU – His Excellency the Special Representative of the Chairperson of the African Union Commission (SRCC) for Somalia, Ambassador Francisco Madeira has handed over recovered weapons to the Somali National Security Advisor Abdisaid Muse Ali in a function at the sector one headquarters in Mogadishu, Somalia.

The weapons were recovered from Alshabab terrorists over time by the Ugandan troops serving under AMISOM.

The weapons have since been under sector one custody manned by the UPDF.

In his remarks, H.E Ambassador Francisco Madeira commended AMISOM and particularly sector one for the many achievements which include liberation of some areas and recovery of weapons used by Alshabaab.

The National Security Advisor Mr Abdisaid Muse Ali on behalf of the Federal Government of Somalia (FGS) thanked AMISOM for their contribution towards bringing peace in Somalia as well as mentoring the Somalia National Army (SNA) towards becoming a capable and dependable force.

He said that Alshabaab extremists remain a threat especially in areas not controlled by AMISOM while adding that they continuously use Improved Explosive Devices (IEDs) aimed at killing Somali civilians.

“Alshabaab uses IEDs in so many forms. Their main activities are killing innocents and also targeting AMISOM and some partners,” the General noted.